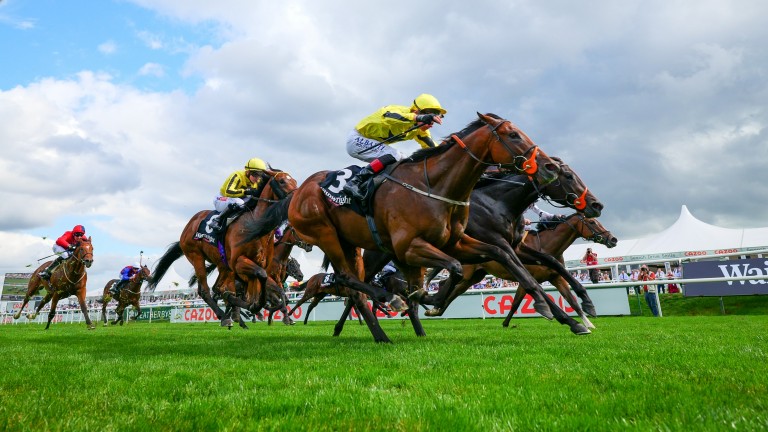 Laid-back two-year-old Caturra left the panicking to his trainer as he put down a marker for the top sprints in 2022 with a devastating burst of speed to land a first Group 2 success in the Wainwright Flying Childers Stakes.

Clive Cox was full of praise for the juvenile's relaxed approach to racing, but feared the 7-1 shot had too much to do to.

It was only late on that Caturra caught 5-4 favourite Armor and the trainer said: "I wish I wasn't stood at the furlong pole and I'd been at the line - I was a bit worried when he passed me.

"I didn't think he was going to get there, but he's always shown us a really pleasing turn of foot."

Expanding on the colt's relaxed nature, he said: "He has a wonderfully laid-back temperament, I've never had a sprinter with this much of a sober approach. He had a lie down when he arrived at the races. Normally they know they've come to do a job and they're excited about it. He just eats and sleeps.

"He saves his energy for where he needs it. He's got a wonderful mind and a lot of speed. We just had to fine tune how we ride him because he was using too much too early.

"He's got that quality of a real sprinter in his width of hip and when you stand behind him he's got a serious backend and engine. I'm looking forward to him next year. Please God there's a lot to come."

Whatever beats Britain's two main St Leger hopes on Saturday, it is unlikely to be stable form as both yards were on target on the eve of the race.

Godolphin's Noble Truth bounced back from a modest York effort to take the Listed Cazoo Flying Scotsman Stakes for Charlie Appleby, whose assistant Alex Merriam said: "It's nice to get him back on track.

"He won nicely at Newmarket and disappointed last time for no apparent reason. He settled nicely today and I'm pleased with him." 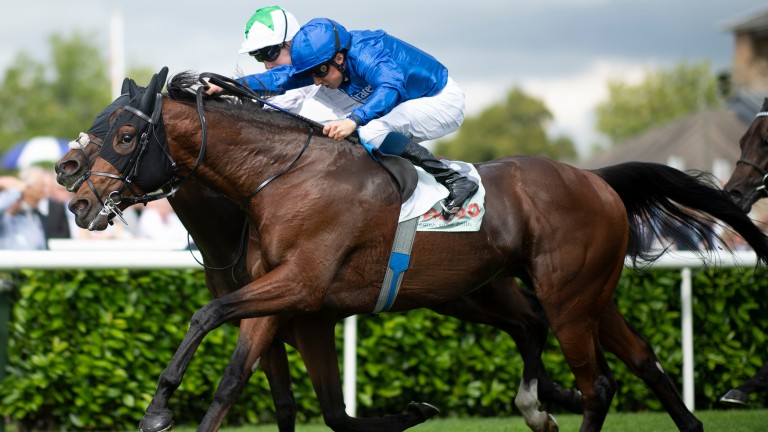 Noble Truth gets back on track
Edward Whitaker (racingpost.com/photos)

They will be represented by Hurricane Lane in the big one, while the Mojo Star team of Amo Racing, Richard Hannon and Rossa Ryan got a boost when Thunder Max made a winning debut in the two-year-old maiden.

"He was coming here for a run, he's not shown loads at home but quite often the good horses do that. He'll improve massively. There are some lovely races in the autumn, like the Autumn Stakes and the Horris Hill. I'm very happy,  I'd hoped he was a nice horse but it's very hard to know."

But Hannon is not convinced that victory is a good omen for Mojo Star as he joked: "I'm not sure the St Leger will happen now, will it? He belongs to the same man and he's just had his luck!"

Oisin Murphy, who rides outsider Fernando Vichi in the St Leger, won his 150th race in Britain this year on Able Kane in the 6½f handicap.