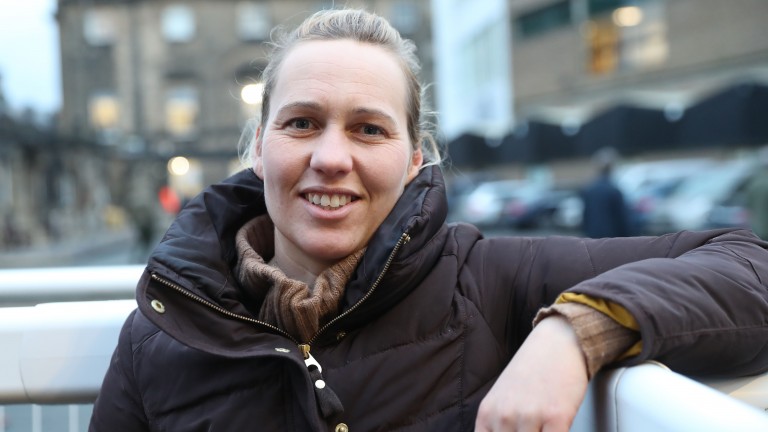 Flint Hill hung on in the straight under Graham Lee to fend off a late surge from Mister Camacho and land a third course win at Pontefract in the 2m2f handicap, also providing a first winner on the Flat this season for Ruth Jefferson.

The six-year-old, on a ninth course appearance, travelled well on the tails of the leaders and made his challenge late, overtaking frontrunner Flat White and bringing home what Jefferson considered a well-earned victory.

“I thought he deserved a win because, apart from one bad run a couple of starts ago, he’s so consistent and he deserves to get his head in front – and he likes it here!”

“He likes the fact that it’s slow. He’s not the fastest but he stays well, so the stiffer flat tracks, where they don’t quicken so much at the end, really suit him.”

This success marked Jefferson’s first on the Flat this season and came just as the new jumps campaign gathers pace.

Cisco Disco struck for Richard Fahey and Oisin Orr in the mile handicap to keep Fahey grooving after The Platinum Queen’s big-race success in the Prix de l'Abbaye on Sunday.

The four-year-old broke clear of the challenging pack one furlong out and held off Little Jo on the inside rail. However, it wasn’t all party time as Orr picked up a four-day ban after drifting left and impeding the runner-up.

FIRST PUBLISHED 6:07PM, OCT 3 2022
I thought he deserved a win because, apart from one bad run a couple of starts ago, he’s so consistent and he deserves to get his head in front