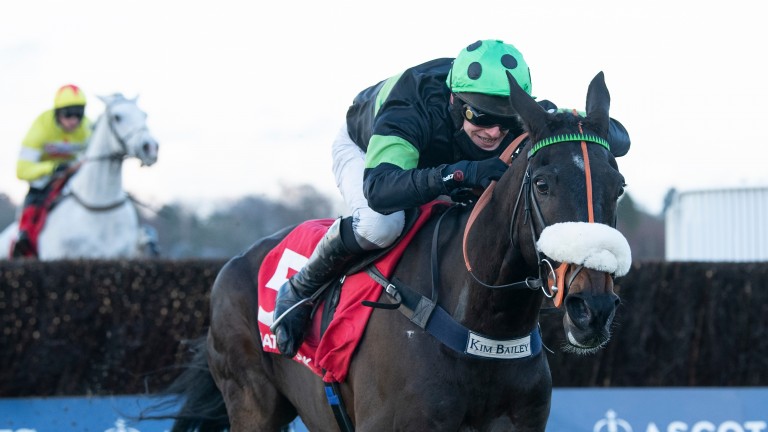 No excuses were offered for the defeat of the “wonderfully honest” Politologue by First Flow at Ascot on Saturday after the favourite was beaten seven lengths by the 14-1 winner.

Politologue lined up for the Matchbook Clarence House Chase as the 11-8 favourite after victories in the Queen Mother Champion Chase at last year’s Cheltenham Festival and in the Tingle Creek Chase at Sandown last month.

However, the ten-year-old was taken on for the lead down the far side of the course by First Flow, who responded generously and accurately for jockey David Bass at every fence, resulting in the front two going well clear of their opponents.

Watch the replay of the Clarence House Chase

Despite maintaining his effort all the way home, Politologue had no answer to First Flow once he had taken the lead, and those connected with the grey praised his willingness to keep fighting to the end.

Harry Derham, assistant to trainer Paul Nicholls, said: "It was a proper race and there were no excuses – very well done to First Flow and connections. He took us on at the bottom of the hill and we couldn't quite get it back again.

“Politologue is a wonderfully honest horse and always tries his best and always stays on really well, but he wasn't quite good enough on the day.”

The ferocity with which First Flow and Politologue matched strides left Waiting Patiently struggling to keep tabs on them, with the King George VI Chase second keeping on for third in the straight. 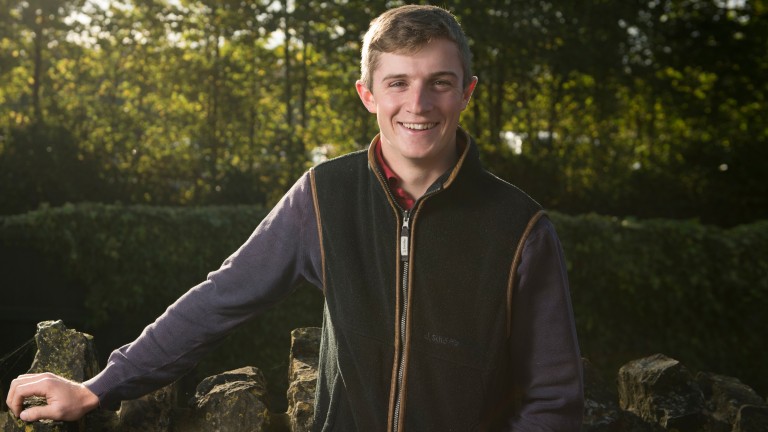 Harry Derham: "He took us on at the bottom of the hill and we couldn't quite get it back again"
Edward Whitaker

Champion jockey Brian Hughes said: "I thought he ran well. We were hoping the ground would be on the softer to heavy side to slow the others down a bit, but it was more soft, good to soft in the end. That said, there’s no excuses as well done to the winner – he’s an improving horse.

"Waiting Patiently tries and he always runs his race. The first two went really quick from a long way out and I was going as quick as I could and couldn’t quite go with them."

Politologue was eased to a general 8-1 (from 7) for the Betway Queen Mother Champion Chase at the Cheltenham Festival next month, a race in which Defi Du Seuil was the beaten favourite last season.

Defi Du Seuil had been an imperious winner of last year’s Clarence House Chase, but had struggled in his two subsequent runs before showing a glimmer of his old spark when finishing fifth on Saturday.

Trainer Philip Hobbs said: “It was an improvement as he’s run better for a long way, but he’s not quite got home. There’s no obvious reason for that at this stage, so we’ll have to take him home and go from there. But there are positives as he ran better than he has been doing.”

FIRST PUBLISHED 6:23PM, JAN 23 2021
Politologue is a wonderfully honest horse and always tries his best and always stays on really well, but he wasn't quite good enough on the day

Nicky Henderson has Epatante in Champion Hurdle form with back issues remedied Brilliant Betfair Hurdle winner Soaring Glory can add plenty to Supreme mix 'He's in really good form - he has to be one of the best British challengers' This year's novice chase superstars are unprecedented - but are any vulnerable? Separate changing room for Irish jockeys to be part of festival Covid measures Patrick Mullins faces licence battle as he ponders turning pro for Cheltenham