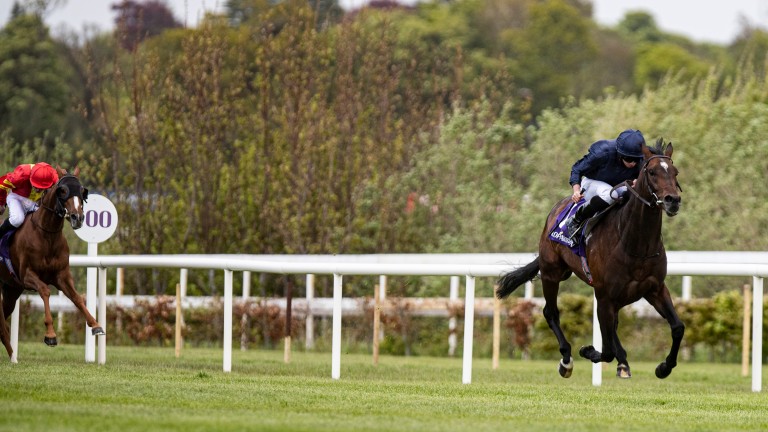 Bolshoi Ballet streaks clear of his rivals at Leopardstown and is now clear favourite for the Cazoo Derby
Patrick McCann (racingpost.com/photos)
1 of 1
By David Jennings UPDATED 7:33PM, MAY 9 2021

They had been tribulations rather than trials up until now, but Bolshoi Ballet finally produced something of substance at Leopardstown to make a murky Epsom Derby picture look a whole lot clearer.

There were co-favourites on Sunday morning with some firms, joint-favourites with others, but Bolshoi Ballet is now out on his own at the top of the Cazoo Derby market at 7-4 and it is hard to argue that is the wrong price after his demolition job in the Derrinstown Derby Trial.

"He's lovely, isn't he? He's coming on lovely and we're very happy with him. We've always loved him and thought a lot of him. we couldn’t have asked for any more from him," said an impressed Aidan O'Brien afterwards.

He added: "He's uncomplicated – he relaxes and he quickens. He was pencilled in for the two runs – the Ballysax and the Derrinstown – and then on to the Derby. There was an even pace out there which was great. He quickened well.

"He travelled to France last year in ground that we knew he wouldn’t like but we wanted to travel him for experience."

It was the highlight of a 210-1 four-timer for O'Brien and Ryan Moore and the man on board was just as impressed by Bolshoi Ballet as his trainer.

Moore said: "He’s a very professional horse. He was always travelling beautifully through the race and is very smooth. He ticks a lot of boxes and he has improved for every run in his career. It was a proper test today and that will stand him in good stead." 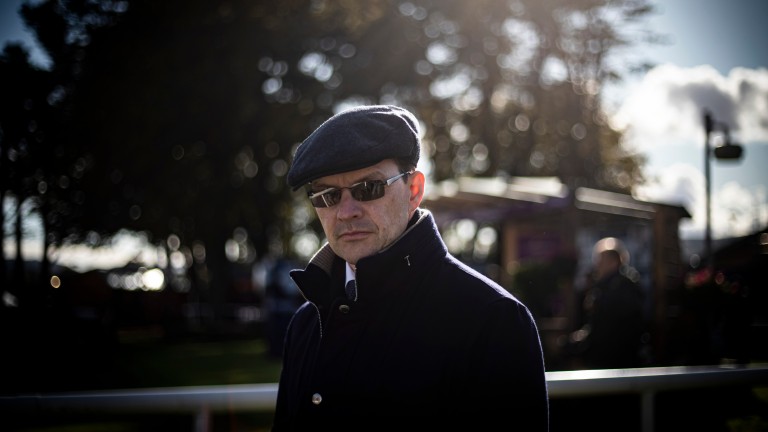 Lough Derg ran on for second to complete a one-two for O’Brien, with the Jim Bolger-trained Mac Swiney never able to threaten the winner on his seasonal reappearance in fourth.

It was an unprecedented 14th success in the Derrinstown for O'Brien, who will be relieved to have a rock-solid Derby contender after the setback to High Definition. The latter will have a workout on Monday morning to decide whether he will take up an engagement in the Dante at York on Thursday.

O'Brien explained: "High Definition will do a bit in the morning and we're hoping he might go to York. His blood count is still coming down. It’s not 100 per cent yet but it’s a lot better than it was. It's nearly there. We need to run obviously. He has to get out if he's going to the Derby. He's not been medicated because we couldn’t find anything."

Whatever happens with High Definition, O'Brien already has a ready made Derby candidate in Bolshoi Ballet, whom Paddy Power initially went 2-1 from 5-1 about, but that was soon shortened further into 7-4. Mac Swiney has been pushed out to 14-1 (from 9) with the same firm.

Read more on the Derby trials