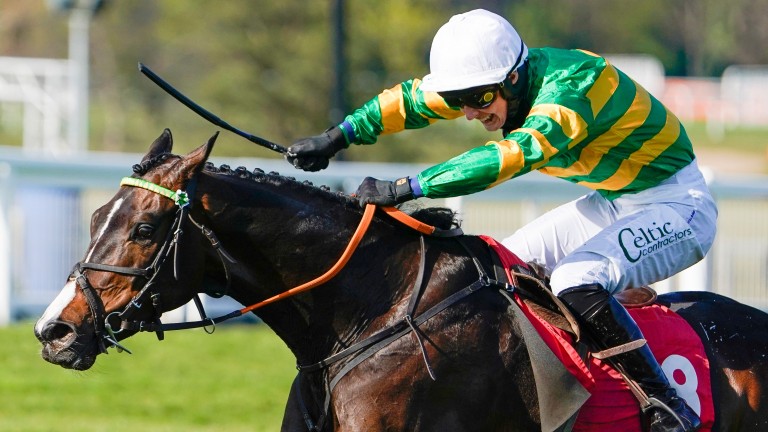 Trainer Nick Gifford was left in tears after winning the race named in honour of his father for the first time thanks to Belargus.

Gifford's dad Josh was champion jump jockey on four occasions before going on to win the 1981 Grand National as a trainer with Aldaniti, and winning the 2m4f novice handicap chase named in his honour has always been a wish for his son.

"We've got a lot of fond memories here and it's a race I've been trying to win for a while but you need a nice horse to do it," said the proud trainer. "We nearly won it with Christopher Wren a few years ago but he was mugged on the line. I'm just delighted to win it.

"Dad won a lot of nice races here, especially with chasers and his last ever runner won here against the odds when Skycab pulled it out of the fire. It's very emotional."

The likes of First Flow, Imperial Aura and Happygolucky have put Bailey and Bass in the big-race spotlight this season and Younevercall ended their season on a high with a spirited effort to see off Indefatigable by half a length.

“He was brilliant," said Bass. "The race was perfect for him as he didn’t have to carry a penalty as he won this two years ago. 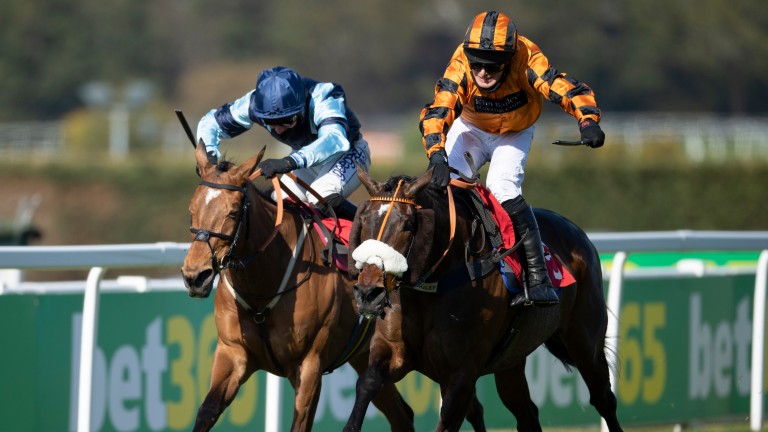 “He ran really well at Cheltenham in the Stayers’ Hurdle and Ciaran Gethings, who rode him there, was delighted with him. He said he cantered through the race. Like I’ve said all season it's a real team effort with him as he likes to be fresh."

Bass added: "It's been an unbelievable season for the team. They've got the horses in great form and they keep coming back and running well."

Paddy Brennan predicted a bright future for Herbiers after the four-year-old proved too strong for his elders in the 2m handicap hurdle for novices.

A winner against his own age group at Ascot last time, he took the transition to open company in his stride to give trainer Oliver Greenall his first winner at the track.

"He's a lovely horse with a wonderful attitude," said Brennan. "He really pleases and for a four-year-old that was a good performance. He's still a baby but he's got talent and it's all about the future for him. 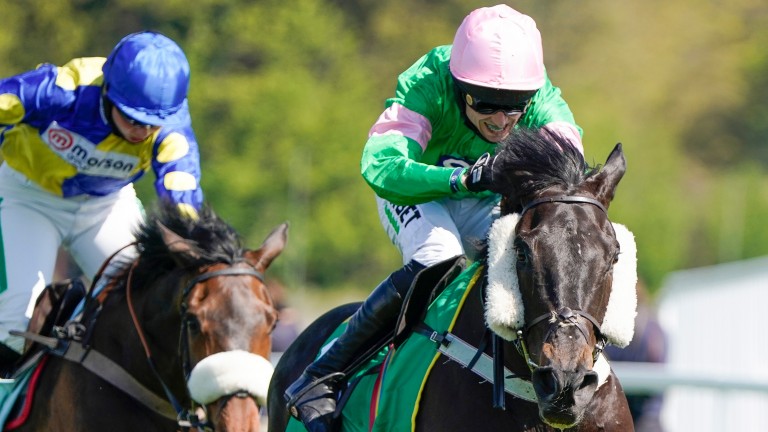 "To have won at Ascot and to have won this today, it's brilliant placing and he's a real joy to ride."

Victory capped a fabulous campaign for Brennan, taking him to his biggest score for four seasons with 82 winners but Lorna Brooke, who lost her life following a fall at Taunton earlier this month, was the person in his thoughts.

He added: "It's been a massive season and I'm so proud of Fergal O'Brien and all his team but we've been hit with a massive blow at the end with Lorna Brooke. I can't stress enough how upsetting it is and how we will remember her and her family forever in this racing game."

FIRST PUBLISHED 7:00PM, APR 24 2021
We've got a lot of fond memories here and it's a race I've been trying to win for a while but you need a nice horse to do it