Another Mohaather? Alkumait powers to Mill Reef glory for Tregoning and Crowley 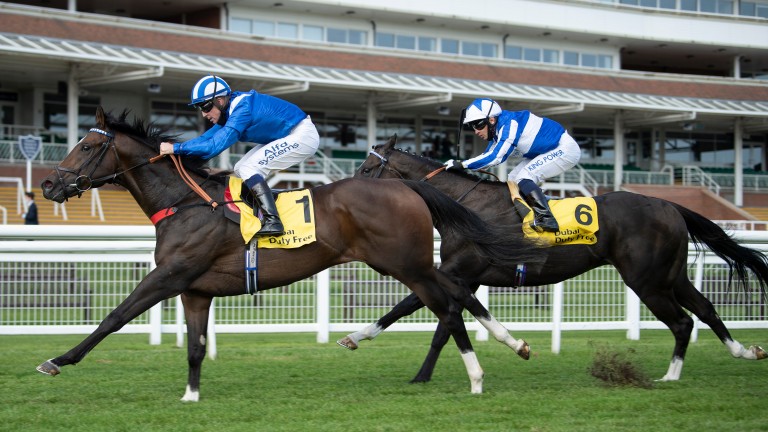 Alkumait impresses in the Mill Reef under Jim Crowley
Edward Whitaker (racingpost.com/photos)
1 of 1
By James Burn UPDATED 9:06AM, SEP 20 2020

Marcus Tregoning had to wait 14 long years for another top-flight horse, but, less than a month after he was forced to retire Sussex Stakes ace Mohaather, he might have found the next name to add to that list in Alkumait, who announced himself as a classy prospect in Newbury's Mill Reef Stakes on Saturday.

The popular Tregoning's enduring spell assisting Dick Hern means he knows a good horse when he sees one and that certainly applied to Sir Percy, who made the trainer a Classic winner in the 2006 Derby.

It was not until this summer, however, that headlines again focused on the 61-year-old, who was right back in the limelight thanks to crack miler Mohaather.

A career-ending leg injury meant a vacancy for a stable star was going at the Hampshire yard Tregoning has called home since 2013, and Alkumait announced his application with a slick success under Jim Crowley, owner Hamdan Al Maktoum's retained rider.

Held up in the Dubai Duty Free-sponsored Group 2, the 8-1 shot made good headway two out and produced a turn of foot reminiscent of Mohaather to deny the well-touted Fivethousandtoone.

A setback meant Mohaather missed his date with destiny in the 2,000 Guineas last year, but Paddy Power and Betfair made Alkumait a 33-1 chance for the Qipco-backed contest next spring. 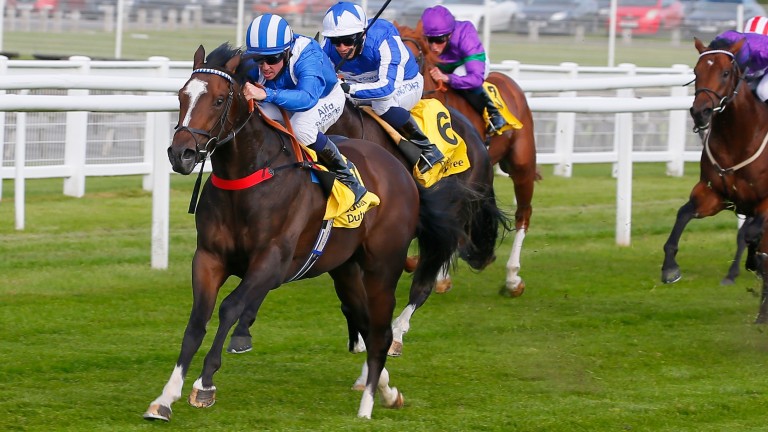 "I knew another was coming!" Tregoning joked with London buses on his mind.

"I knew we had this one and we just had to keep him right. He's stabled right next to my house, so if he moves through the night it wakes me up, but it's worth it."

Alkumait, like Mohaather, is by Showcasing – a stallion based five minutes from Whitsbury.

"There's a lot of speed on the dam's side, but I think, if everyone agrees, we'll mould him to at least get seven furlongs and we'll see after that," Tregoning said.

"If you could get him to drop in and settle like he did today, there's every chance he'd get further. I think that's the way to go."

A 220,000gns yearling, Alkumait is not entered in the Group 1 Darley Dewhurst Stakes at Newmarket on October 10, so connections would have to supplement him.

Tregoning is open to that idea, and said: "He couldn't have been more smooth there. He came from last, moving up swiftly and was going away at the end, so I think he's pretty useful.

"Funnily enough, it was when he got loose one day that I thought he had a bit of star quality. He actually injured one of the staff, but it's just how well made he is. He's got the same power behind the saddle that Mohaather had.

"It's all very exciting."

FIRST PUBLISHED 3:39PM, SEP 19 2020
Funnily enough, it was when he got loose one day that I thought he had a bit of star quality