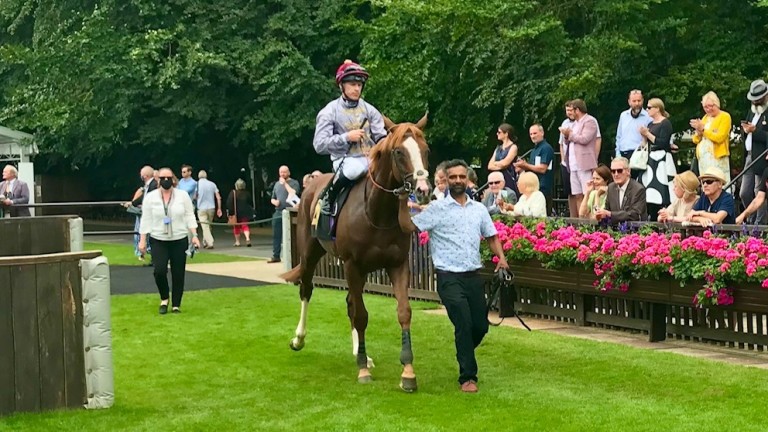 Al Shaqab Racing got the ball rolling ahead of a big five days in West Sussex next week when Wahraan struck for the second time in succession in the 1m2f handicap.

Winning jockey Richard Kingscote had ridden out for Sir Michael Stoute in the morning and also did the business for the yard in the afternoon when steering the chestnut to a stylish five-and-a-half-length win.

The owners' representative Alison Begley said: "Sir Michael was a bit worried about the quick ground for Wahraan but he's done that nicely and is a progressive type.

"We've got an important week at Goodwood where Sir Michael hopes to run Katara in the Lillie Langtry Stakes. We also have our July Stakes winner Lusail who may go for the Richmond or the Vintage Stakes." 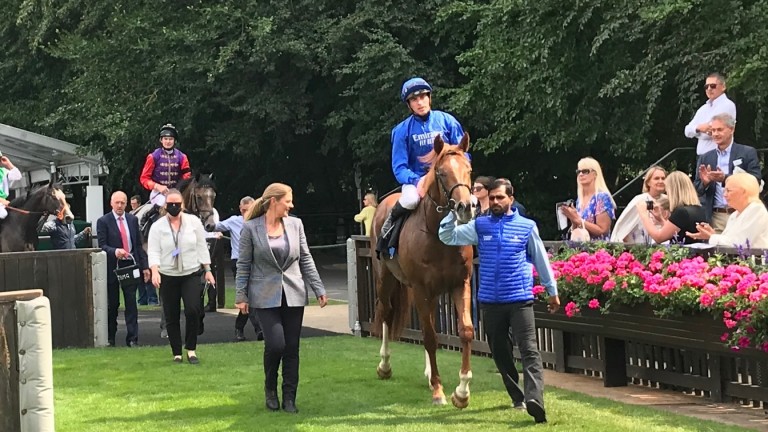 Just a day after the opening ceremony of the Olympics, Modern Games was a topical winner for many in a bumper crowd when landing the 7f maiden for two-year-olds.

Godolphin combination James Doyle and Charlie Appleby were winning the opener for the second year running following the success of Dhahabi 12 months ago.

The well-backed 5-2 chance hit top gear approaching the final furlong to account for the Queen's newcomer Saga and put the jockey in sight of a half-century for the season following a double at the track on Friday night.

Doyle said: "He got lost a little on his debut at Haydock but Charlie said he'd improved in his work and he was right."

Imperial Yellow gave the ten members of the Varian Racing III syndicate a great thrill when running away with the featured 6f sprint handicap, part of a 67-1 treble for jockey Marco Ghiani.

Imperial Yellow is ridden out at Roger Varian's Newmarket yard by veteran ex-jockey John Lowe, who still knows the time of day at the age of 70. 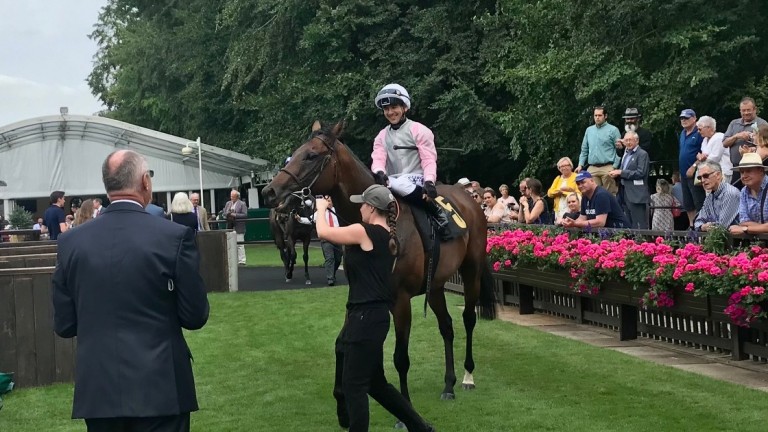 Marco Ghiani is all smiles after scoring on Imperial Yellow

"That was pretty straightforward and it's nice to ride a winner for Mr Varian," said Ghiani, who also landed the 7f fillies' handicap with Lalania and the 5f handicap aboard Passional.

There were a few raised eyebrows at the start time of 3.05pm for the seven-race card on the July course rather than the usual early afternoon kick-off.

A Jockey Club spokesperson said: "The later start at Newmarket is part of an industry trial to optimise betting turnover by spreading race times more evenly across Saturday afternoons and evenings.

"There are a number of courses taking part throughout the summer and the results will be reviewed by stakeholders alongside any feedback once the trial has concluded.”

Expert jury: who is better – Hurricane Lane or Adayar? Our experts have their say

FIRST PUBLISHED 6:20PM, JUL 24 2021
We've got an important week at Goodwood where Sir Michael hopes to run Katara in the Lillie Langtry Stakes

What did we learn from the Tattersalls Stakes? Our experts assess Modern Games Charlie Appleby tees up another Breeders' Cup contender after Modern Games win Punters need more clarity or inquiries could become as infuriating as VAR 'Nothing can go with him at home' - Group 3 prize set to offer key Guineas clues