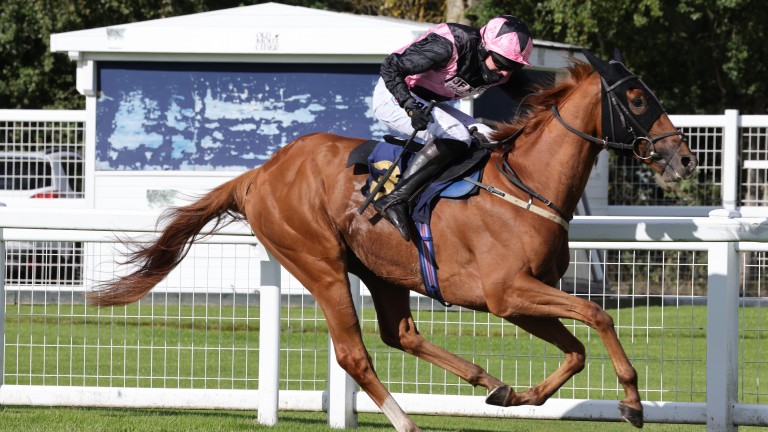 Jim Goldie and his team were left devastated after progressive young horse Jorgie suffered a fatal injury in the aftermath of his career-best victory in the 1m7½f handicap hurdle at Musselburgh on Wednesday.

The four-year-old moved to Goldie having shown little in five starts on the Flat and the trainer took him hurdling to see whether that would spark a change of luck.

Jorgie struck at 40-1 on his hurdles debut at Perth in September and on Wednesday he put in an even better performance before tragedy struck.

Held up in rear by Sean Quinlan, he travelled smoothly into the race and picked up strongly after the last to defeat Diamond State by three lengths at 28-1.

Goldie said: "He's been a great advert for our stable and this is an absolute disaster. He hadn't done much when he came to us but I saw him as a scopey horse and so we schooled him. He was a good jumper and it's been incredible watching him improve.

"We quite fancied him and we couldn't believe the price. I made a bet with [part-owner] Jimmy Fyffe that this would be his best horse out of the 17 he's had.

"He won with a bit in hand, was well handicapped on the Flat and was just a really nice young horse who was maturing all the time. It's a great shame."

Riding honours on the card went to Harry Cobden, who made the long trip to Musselburgh worthwhile with a treble courtesy of Paul Nicholls' pair Skatman and Alcala along with the Sam Loxton-trained Captain Buck's.

FIRST PUBLISHED 6:25PM, MAR 3 2021
He was a good jumper and it's been incredible watching him improve