'He should have every chance' - will a hood keep a lid on Blue Cup this time? 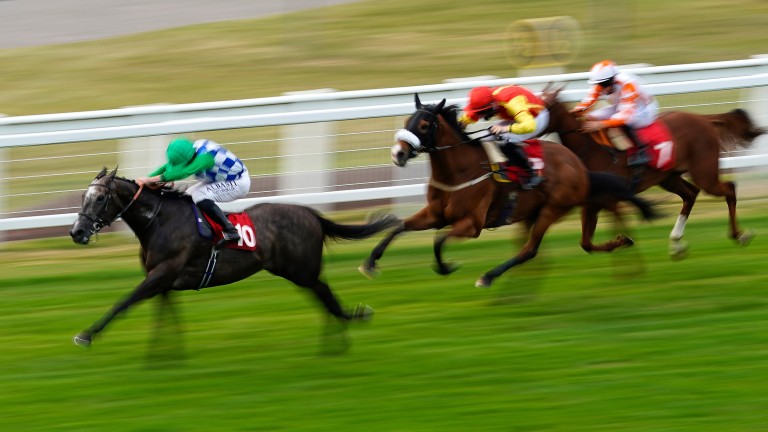 The City and Suburban Handicap has fast become the leading trial for this 1m2f contest despite a six-week gap separating the two Epsom contests.

Trainer Roger Varian kickstarted the trend when Ajman King completed the double in 2018, a year before ill-fated stable companion Mountain Angel achieved the same feat. Now it's the turn of Victory Chime, who was successful on the Downs in April and has been freshened up for a crack at this £50,000 prize.

The Ralph Beckett-trained gelding, one of three previous course winners in the line-up, proved his love for undulating and unorthodox tracks when he maintained his unbeaten Epsom record (2-2) with an all-the-way victory under Hector Crouch. That took his tally to nine wins from 23 starts, a fair 39 per cent strike-rate for a horse who appears to have improved year-on-year.

It isn't hard to envisage similarly aggressive tactics paying off again, although Victory Chime will have to fight for the early advantage this time, with the Mark Johnston-trained Sky Defender sure to go forward.

Sky Defender, the top weight, won this race from a wide draw (stall 16) last year. His ability to quickly find his stride is unmatched in this line-up and he runs this course as if the camber doesn't exist. The handicapper has barely relented over the last 12 months, but it would be foolish to rule him out now back at his favourite venue.

Stablemate Dream With Me and the Eve Johnson Houghton-trained HMS President are both improving four-year-olds, a generation that has won three of the last six editions of this race. The former has done his winning up at Ayr this year and may find this level of competition stiffer, while HMS President took nine attempts to get off the mark on turf and has form figures of 650 on ground described as good or faster.

As a result, the market may swing in the favour of Blue Cup, who caught the eye when a luckless fifth in the City and Suburban behind Victory Chime. The fitting of a hood should enable him to settle better than at York last time.
Race analysis by Tom Collins

You won't see many horses as unlucky as Blue Cup in the City and Suburban Handicap over this course and distance in April.

The five-year-old grey was slowly away and then keen but made impressive headway in the closing stages, only for his path to be blocked multiple times. He would eventually finish on the bridle, two and a half lengths behind Victory Chime. 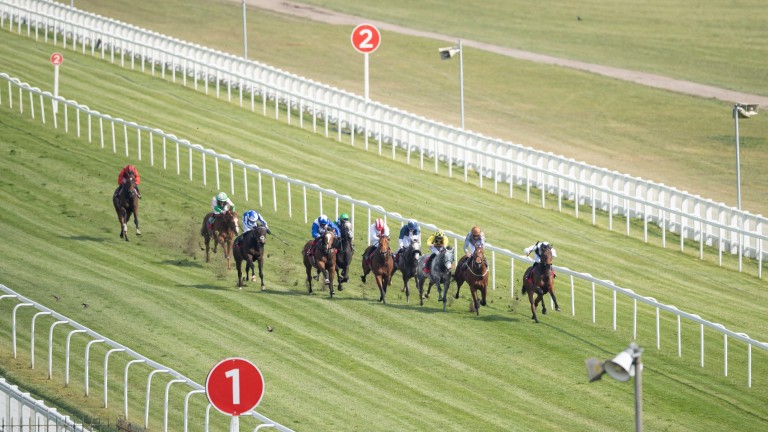 He was then sent off the red-hot 5-2 favourite for a handicap at York last time, but there was no in-running drama this time as he was beaten 11 lengths into seventh, although trainer David Menuisier believes there was a legitimate excuse.

"He lost the race beforehand in the preliminaries," he said. "We all know York is a fantastic course, but sometimes the preliminaries can be daunting for a horse who can be a bit hot and he lost the plot completely before the race.

"He will wear a hood the whole time to try to help him keep his composure. If he does that he should have every chance."

Andy Nevin, owner of Victory Chime
He’ll have to improve again to win it but this is the plan we had for him last year before Covid stopped it happening. On form there are horses in there who should beat him, but you never know with him and he always goes and puts in a performance.

Eve Johnson Houghton, trainer of HMS President
He'll be fine on the ground, and he has a good each-way chance. William Buick rides him well and won on him last time. He missed last year a bit which can happen with a horse when they do well at two, but he's growing up and learning all the time.

Jedd O'Keeffe, trainer of Strait Of Hormuz
We were happy with his run at York and ultimately we came to the conclusion he's better over ten furlongs than 12 and would also probably prefer livelier ground, which he will get at Epsom. Booking Hollie Doyle is a huge positive as she's a fantastic jockey. We hope he hasn't reached his ceiling yet.

Mick Channon, trainer of Kaleidoscopic
She's a decent filly and we think she's got a decent chance. She's down to where we think she should be in the handicap and she ran well at Ayr last time. The ground will be perfect and that's why I didn't run her earlier in the week at Redcar.
Reporting by Maddy Playle

FIRST PUBLISHED 6:00PM, JUN 3 2021
He will wear a hood the whole time to try and help him keep his composure. If he does that he should have every chance to win