Punters latch on to Megallan for Vertem Futurity Trophy at Doncaster 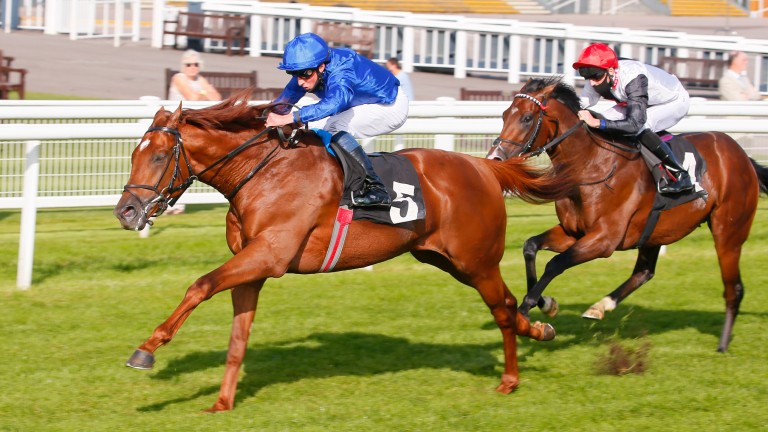 Megallan has attracted support for the final Group 1 of the British Flat season, the Vertem Futurity Trophy at Doncaster, in which he will attempt to provide his trainer John Gosden with a first victory in the contest.

The son of Kingman made an impressive winning debut at Newmarket and most recently suffered trouble in-running when fourth behind One Ruler, who also lines up at Doncaster, in the Autumn Stakes at Newmarket.

Bookmakers have shortened Megallan to a general 7-1 (from 11) with Wembley, a close second in the Dewhurst Stakes last time, the 6-4 market leader.

Following the first race at Doncaster, the ground was changed at the track to heavy.

At Cheltenham, the going remains good although rain is forecast to hit the track during racing on Saturday.

Clerk of the course Simon Claisse said: “It's been dry overnight so the going remains good. The forecast is for the dry weather to remain until the early afternoon when the rain comes.”

'It will only make us stronger' - Richard Johnson's delight at return of crowds Claisse defends Cheltenham going after King brands November ground 'a joke' 'Let us entertain you': Chamberlin delighted as one million tune into Cheltenham No laughing matter when amateurish sideshows overshadow the main events Punters could be put off racing by sub-standard technology, warns HBF chief Morgiana could wind up having a bearing on muddy Champion Hurdle picture