Notebooks at the ready as future stars start off over fences 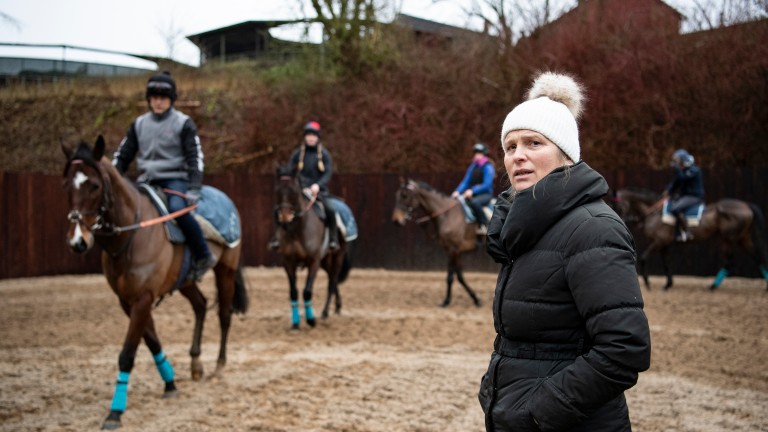 This is one of the most interesting beginners’ chases of the season so far, with five of the seven runners boasting an official mark of 130 or greater.

That much-used phrase ‘anything he achieves over hurdles is a bonus’ could apply to a handful of these, with the Paul Nicholls-trained Blackjack Kentucky perfectly fitting the description.

A winning pointer, he chased home The Big Breakaway at this course last November prior to landing a heavy-ground novice hurdle on a return visit in January.

He looks the type to take his form to another level over fences this term and returns on the back of a wind operation.

The 139-rated Liosduin Bhearna boasts the highest mark in the contest. That is due in part to his six-and-a-half-length success over Blackjack Kentucky in a Doncaster handicap hurdle in February.

He was conceding 1lb to Blackjack Kentucky that afternoon, and they renew rivalries over fences on level terms.

Doc Penfro proved comfortably better than a mark of 122 when sluicing through the Bangor mud last December to slam Bryden Boy by four lengths. He is another with plenty of potential at this new discipline.

L’Air Du Vent also has the makings of a good horse. The Colin Tizzard-trained six-year-old was reportedly weak last season and, as a result, has been given plenty of time to grow into his frame.

Some of his hurdles form – including a close Cheltenham third to Champagne Well – reads well, and it’s reasonable to expect much more from him over the next six months or so.
Analysis by Richard Birch

Harry Cobden, rider of Blackjack Kentucky
He's won a point-to-point, has schooled plenty and jumps well. Liosduin Bhearna beat him on his last start over hurdles, so he has to turn the form around with him, but he should run well.

Emma Lavelle, trainer of Doc Penfro
He's quite fragile and has had issues with his knees, which is why he wasn't seen again since his good second at Warwick in January, but he's so talented. He's schooled well, has done everything right at home but may come on for the run a little. If we can keep him sound we'd like to think he'll be a good horse.

Colin Tizzard, trainer of L'Air Du Vent
We like him and hope he can develop into a good novice chaser. He jumps well and has really grown into his frame.

Fergal O'Brien, trainer of Liosduin Bhearna
We could do with a bit of rain but we're very hopeful. He's a lovely horse, has some nice form over hurdles and hopefully he can transfer that to chasing.

Olly Murphy, trainer of The Wolf
It was a very tactical two-runner race at Bangor over hurdles on his return. He's schooled well and will give his owners plenty of fun over fences.
Reporting by Jack Haynes

FIRST PUBLISHED 6:00PM, OCT 26 2020
He's quite fragile and has had issues with his knees, which is why he wasn't seen again since his good second at Warwick, but he's so talented