Dan Skelton is ready to unleash two of his leading bumper horses from last season at Uttoxeter on Friday, with Cheltenham Festival fourth Third Time Lucki set to make his debut over hurdles in division one of the 2m novice hurdle (12.20) and well-regarded stablemate Wilde About Oscar declared for division two (12.50).

"They're two real nice bumper horses from last year and I'm excited to be running both," said Skelton. "Obviously Third Time Lucki has the fancier form.

"He ran in an English point-to-point, but we've done loads of jumping with him at home and this looks a lovely starting point. He's a beautiful horse and has always been an impressive looking animal. He's had a nice summer and we just want him to be lucky."

Skelton was keen for Wilde About Oscar, a wide-margin winner of a Warwick bumper and fourth in a Listed contest at Newbury last season, not to be overlooked and is another the trainer has high hopes for this season.

Both horses are owned by Mike and Eileen Newbould, with Wilde About Oscar finishing behind subsequent Champion Bumper sixth and Cesarewitch Trial winner Ocean Wind when last seen at Newbury in February. 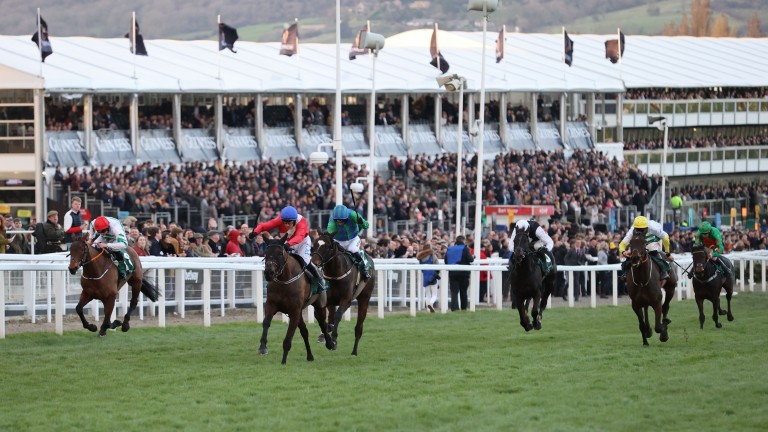 Skelton added: "I think Wilde About Oscar is a smart animal. He hacked up at Warwick and they went no gallop when he was fourth at Newbury. They're two very nice horses, but this is just the starting point and there are no plans beyond this at the moment."

Wilde About Oscar also faces 11 rivals, including the Olly Murphy-trained Lord Of Kerak and point winner Give Us A Swig.

It will be a busy day in Staffordshire for Skelton with the trainer sending eight runners from his base in Warwickshire to Uttoxeter.

FIRST PUBLISHED 6:00PM, OCT 15 2020
He's a beautiful horse and has always been an impressive looking animal. He's had a nice summer and we just want him to be lucky