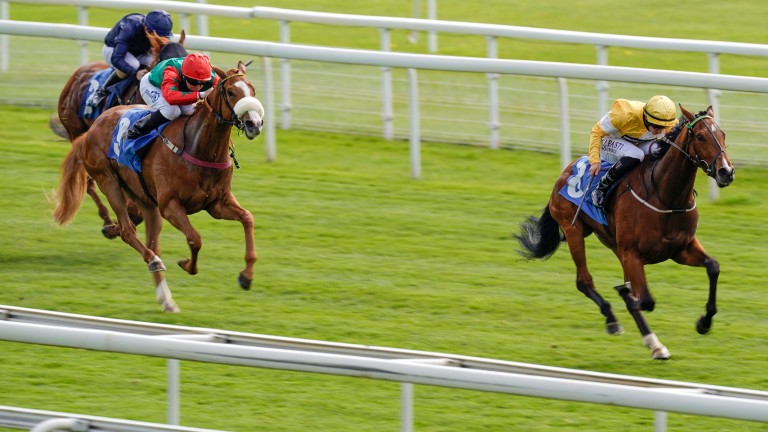 It is hard enough to assess the sort of unexposed three-year-olds in the Silver Bowl without having to factor in an eyecatching GoingStick reading of 4.4 at Haydock on Friday. That reading is likely to go lower rather than higher on Saturday given the forecast.

'Make them guess' was also the theme of the ride given to Raadobarg at Thirsk a fortnight ago. Cameron Noble was at pains to win by as narrow a margin as possible. The BHA handicapper has had to make something up and could have been harsher than his assessment of 88, although it is no gimme.

That race was run on soft ground, which helps Raadobarg's cause here. It is similarly no surprise to see Heights Of Abraham, Master Zoffany, Wobwobwob and Teodolina prominent in the market, given they all won last time on ground described as being on the soft side of good. The same goes for Seasett, who is a bigger price at the time of writing as he benefited partly from a pace collapse at Nottingham, an impression backed up by the closing sectionals.

Conditions are also in Nebulosa's favour, although you would need a slightly longer memory. She was an emphatic winner of a soft-ground fillies' maiden at Newmarket in October, beating the sort of well-connected blue-bloods you would expect in such a race.

Nebulosa also won on her reappearance, over 7f on good to firm at Goodwood. She did it by a short head, but gave the impression she was better than that. Runner-up Farasi Lane got an opportunistic ride and while it would be harsh to say Oisin Murphy misjudged it seeing as he got up in the last stride, he was hardly playing the percentages.

Effective in the mud and likely to benefit from a mile and possibly further this year, Nebulosa holds just as much promise for this test as the recent softer-ground winners around her in the betting.
Keith Melrose, betting editor

Keatley out to strike again with Wobwobwob

Adrian Keatley registered an important win at last week’s Dante meeting at York with Wobwobwob and the trainer is hoping for another high-profile victory with the three-year-old just ten days later.

Formerly based in Ireland, Keatley found things tough when relocating across the Irish Sea to Malton in North Yorkshire just days before the Covid-19 pandemic broke out last March, but he is now very much on an upward curve. 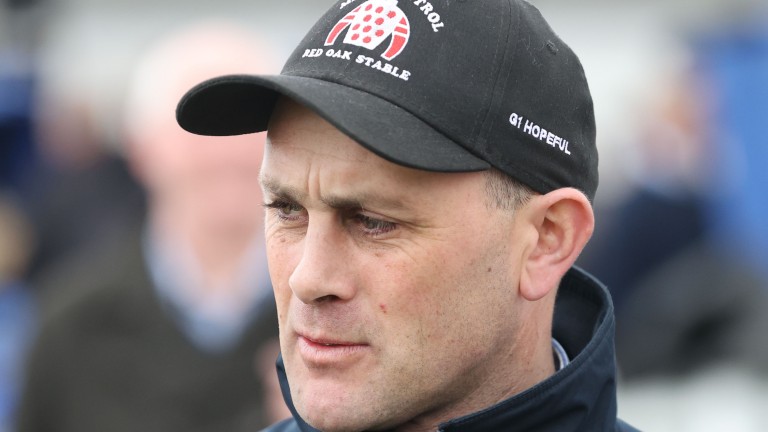 He said: "It's remarkable with the year we've had that we started out with two horses and now are north of 30. Wobwobwob did it well off a nice mark at York, but we'll see how we go off 8lb higher. We know he's effective at seven furlongs, but a mile might stretch him. But he deserves to take his chance."

On the season so far, the trainer added: "If there was a prize for the most seconds we would have it in the bag as that seems to be our speciality. On the other hand, finishing second is better than finishing second last."

Roger Varian, trainer of Dark Lion and Raadobarg
Dark Lion has topweight but has bit and pieces of nice form and could run well, although I don't know if he'll be effective on this soft ground. Raadobarg, on the other hand, should handle it and is a progressive horse, having won his last two races.

Oisin Murphy, rider of Nebulosa
I was very happy with her attitude at Goodwood last time when she did well to get up and win off a slow pace. It will be different ground, but hopefully she'll handle it.

Ben Curtis, rider of Headingley
I rode him to win at Redcar and then he was running a big race at Goodwood last time until he ran across the track He did well to finish off the race as well as he did and must have a good shout on this flatter track.

Richard Fahey, trainer of Master Zoffany and Seasett
Any rain won't bother Master Zoffany. It was a warm race at Chester last time and he did it really well, he never looked like he'd get beat that day. You wouldn't know how much Seasett could improve for winning at Nottingham. He's still progressing and he didn't mind the slow ground the other day, so he could well find more.
Reporting by David Milnes