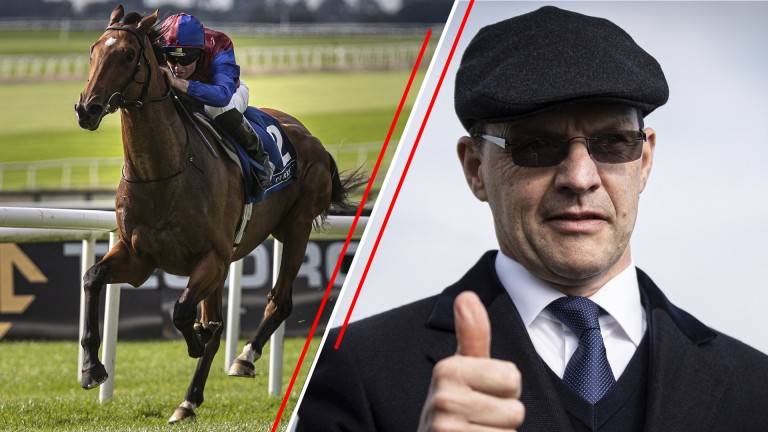 We are due a final shake-up in the 2022 Cazoo Derby before a winter break, aren't we? The Vertem Futurity, which rarely attracts the same hype as the Dewhurst due to its place in the racing calendar, has produced five subsequent Epsom winners in its history. Could we see a sixth?

The most obvious horse to complete the double is Luxembourg, who may have a bigger fanbase than the population of the country he's named after. Already priced up as the general 8-1 favourite for Derby glory, a third consecutive success and first at Group 1 level may see his price crumble. 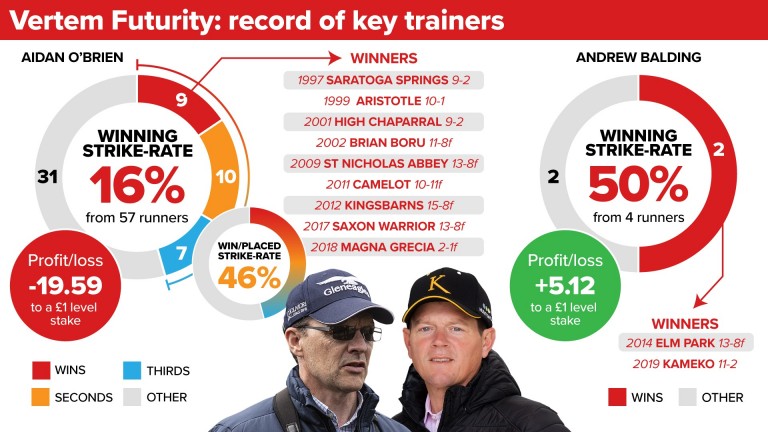 His trainer Aidan O'Brien has won this race four times in the last ten years, all with favourites, and saddled the runner-up on five other occasions in that timeframe. So how does Luxembourg compare to previous Ballydoyle Vertem Futurity runners?

He's certainly bred for the job, being by 2011 Vertem Futurity winner Camelot, and has seemingly always been considered the leading light in this division. His Beresford Stakes victory was not just visually impressive but also earned Luxembourg an RPR of 113 – 1lb better than the figure achieved by Saxon Warrior in 2017.

Many believed the Royal Lodge, which was run at Newmarket last month, was a one-horse show when Coroebus scooted three lengths clear of his rivals with a furlong to run. Royal Patronage and Jason Hart thought otherwise with a game and gritty success to battle back and pin the Godolphin-owned favourite.

The duo are back and in search of a first Group 1 and a four-timer after prior victories in the Acomb and a novice event at Epsom. Although he clearly handles contrasting tracks, Doncaster may suit the Mark Johnston-trained juvenile better than most and he's sure to prove difficult to catch if he adopts his customary front-running tactics.

Course form is already established with Bayside Boy, who won the Group 2 Champagne Stakes over 7f at this track and boasts the highest official rating (114) in this race. He consistently shapes as if the step up to a mile will suit and ease underfoot is sure to play to his advantage.

Ten up for O'Brien?

Aidan O'Brien will draw level with Sir Henry Cecil's record haul of ten wins in the final Group 1 of the season in Britain if Luxembourg can make the successful step up from Group 2 company.

The hot favourite is following the same route as subsequent Town Moor scorers St Nicholas Abbey (2009) and Saxon Warrior (2017) in coming straight from a victory in the Beresford Stakes at the Curragh. 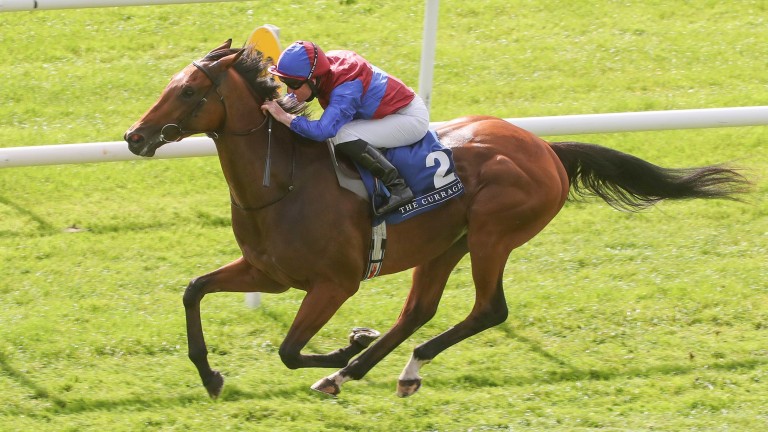 Other notables from Ballydoyle on what was formerly the Racing Post Trophy's roll of honour include subsequent Classic winners High Chaparral (2001), Luxembourg's sire Camelot (2011) and more recently Magna Grecia (2018).

O'Brien said: "Luxembourg relaxed and did everything lovely in the Beresford. Everything we have asked him to do so far, he has done and done it very nicely.

"He's a big, rangy horse and travels very easily through his races. He's easy to train and very natural really. He quickens up well and has a lot of class. In his two runs, he showed a good turn of foot."

Dewhurst form put to the test

Another trainer who knows what it takes to win the straight mile contest is Roger Varian, who won the race with Kingston Hill in 2013 and was also in the mix with Baradar who finished third last year.

Varian sends out Bayside Boy, who jockey David Egan feels was unlucky not to finish second instead of third behind the unbeaten Native Trail in the Group 1 Dewhurst Stakes at Newmarket a fortnight ago.

Egan said: "We're drawn beside Royal Patronage, who'll probably make the running which will suit us as there was no pace on in the Dewhurst and he got into a bit of a pocket. 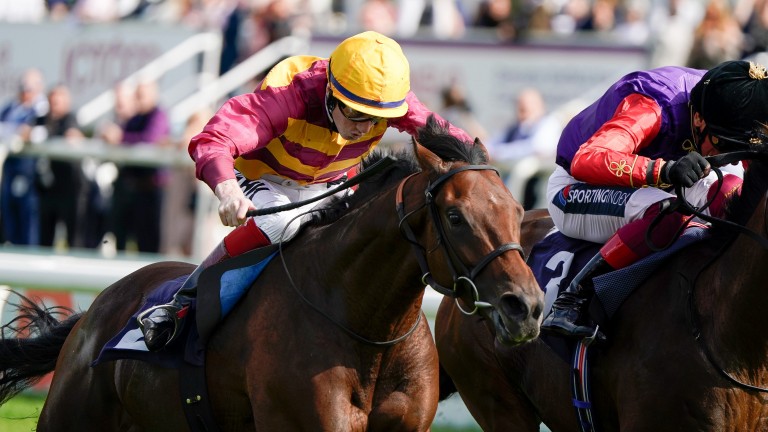 "I was following Native Trail to bring me through that day but I had to wait to get out and by then the winner had skipped away. My lad hit the line strong and we should have really finished second.

"He showed he likes the track when winning the Champagne Stakes and should enjoy the ground and the step up in trip should suit him."

On the opposition Egan added: "It looks a good race with the consistent Royal Patronage in there and the unexposed Luxembourg but this will tell us plenty."

Emily Scott, racing manager to Amo Racing, owners of Bullet Force
It's a big ask but Amo Racing are keen to try him at a better level. There is evidence he acts with cut in the ground and we think going back up to a mile will suit him.

David Probert, rider of Imperial Fighter
It's a nice ride to pick up and he ran a great race to be second in the Autumn Stakes last time. He saw the mile out well that day and shouldn't mind the ground. If some of the big guns don't fire he could be in business. I've had a great year but it would be good to get that elusive first Group 1 in the bag.

Harry Herbert, racing manager to Highclere Thoroughbred Racing, owners of Royal Patronage
The Royal Lodge was a strange race to watch when he got headed and then fought back to win but we knew the second Coroebus was very well regarded and he confirmed that since. He got a bit unbalanced that day and should be better on this flatter track and easier ground. Obviously Luxembourg is highly regarded but there's no reason we can't be bang there again.

Donnacha O'Brien, trainer of Sissoko
He's in good form and came out of his last race very well. Obviously this is a big step up in class but we're confident that he's a smart horse.
Reporting by David Milnes

FIRST PUBLISHED 6:00PM, OCT 22 2021
Everything we have asked him to do so far, he has done and done it very nicely

Which handicap hurdler does the trainer believe to be 'very well handicapped'? Is Constitution Hill as good as he looks? What times tell us about a rising star