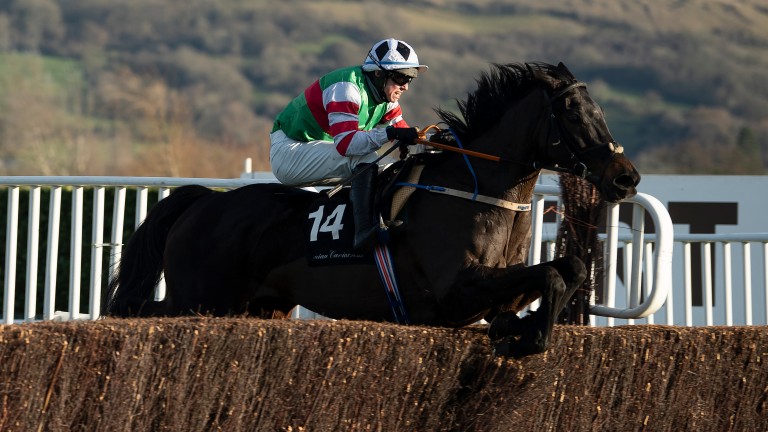 The absence of Greatwood Hurdle winner The Shunter due to a tweaked muscle means the chances of Chatham Street Lad continuing his rapid rise to stardom are very much enhanced.

The nine-year-old, who Mick Winters openly admits would be as fat as a fool if he didn't keep him on the move, is now rated 151 following an emphatic victory in the Caspian Caviar Gold Cup at Cheltenham in December.

He was rated just 118 prior to a narrow victory at Ballinrobe in October, but in three months he has turned himself into a genuine Marsh Novices' Chase contender and is as short as 12-1 with some firms to win that.

The problem could be the shorter trip and lofty new mark, although the booking of conditional jockey Simon Torrens helps on that front as he takes off a valuable 5lb.

As this is a limited handicap, eight of the field will be running from out of the handicap.

All three of Joseph O'Brien's runners are owned by JP McManus and each one of them is interesting in their own right.

Front View will need to jump better but the engine is most definitely there, while Entoucas has taken reasonably rather than spectacularly well to chasing. He might be more of a Grand Annual type, but it would come as no surprise should be prove himself to be well-treated off a mark of 138 and is the choice of Mark Walsh too. 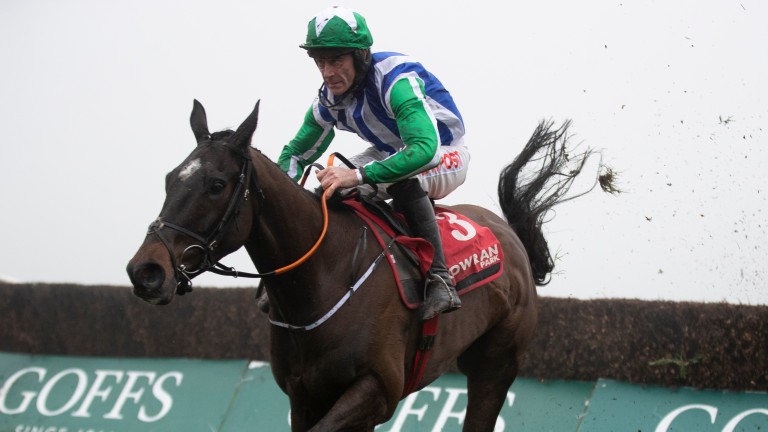 Gordon Elliott, who won this race in 2017, 2018 and 2019, could have five representatives if reserve Dakota Moirette makes the line-up. Last year's Grand Annual winner Chosen Mate would look to be his main hope, but might even need a career-best to defy a mark of 156 in such a hot heat.

We surely have not seen the best of Fan De Blues yet, but he has to put a tame effort in a Navan handicap hurdle behind him.

Chatham Street Lad looks the one to beat, but Entoucas could prove to be a big danger.

'It's a reward from heaven for Simon' says Winters

The suspended Darragh O'Keeffe cannot continue his partnership with Chatham Street Lad so it is a big day for 5lb claimer Simon Torrens.

Explaining the decision to opt for such a young rider on the favourite, Winters said: "Simon schooled him before he ever ran. He did all his schooling this year. I don't know what happened but he didn't end up riding the horse any time he ran.

"Conor Orr rode him twice and got on great with him. He had two great wins on him. Simon had all the schooling done, but he just never got his chance. Now Darragh is suspended he does.

Mick Winters: 'A good horse like him gets you a few quid - it gives you more mileage' (Members' Club)

"In fairness to the young fella [Simon], he was after doing all the donkey work and he never opened his mouth when he wasn't riding the horse. He schooled him away and never said a word. Maybe there is a reward in heaven for good people who show patience. I'd say he'll get a great tune out of him. It's great to be able to give him his turn now."

Torrens sits 15th in the jockeys' championship at the moment with 22 of his 40 career victories coming this season. He looks a future star, but this is a chance for him to prove he can do it in the present.

Mick Winters, trainer of Chatham Street Lad
He's in great order and at full strength. He takes a bit of work to get the weight off him, but he looks right.

Noel Meade, trainer of Daly Tiger
He had a no show the last day for whatever reason. I know the race he won at Punchestown was over a bit further, but we always thought he had the pace for two miles so we're going to give it another shot. I couldn't be happier with him going into the race.

Joseph O'Brien, trainer of Entoucas, Front View and Top Moon
Entoucas ran very well last time in what was his first handicap. This looks a very hot race, but he's been in good shape since you saw him last and hopefully he can pick up a share of the prize-money. We were delighted to see Front View go out and win his beginners chase last time. This is obviously a big step up in class, but hopefully he can show some progression. Top Moon hasn't taken to chasing as well as he would have liked, but hopefully he might be able to sneak some prize-money in what looks a very competitive race.

Willie Mullins, trainer of Fan De Blues and Pont Aven
Fan De Blues has plenty of experience over hurdles and fences in France. He finished down the field on his return over three miles over hurdles, but his run at Killarney shows us that he is able to perform well over fences. We met a fair sort down there in Benruben. I think this trip and ground won't hold any problems for him. Pont Aven ran well over this sort of trip at Leopardstown and the experience he gained there will be a big positive here. He will handle the ground as well so he has a good each-way chance I think.

Ted Walsh, trainer of Kildorrery
He's good. He ran well in the race last year [fourth] and he'll run well in it again. He's a couple of pounds out of the handicap, as it's a limited handicap, so it won't be easy but he'll still run well.

FIRST PUBLISHED 6:00PM, JAN 15 2021
We always thought he had the pace for two miles so we're going to give it another shot. I couldn't be happier with him