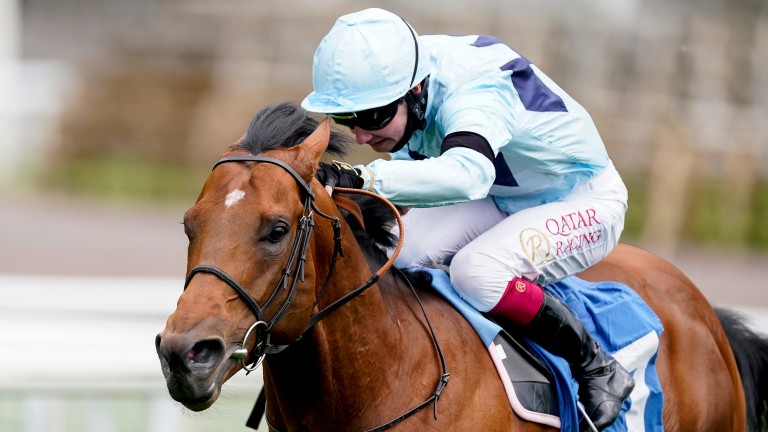 York's three-day Dante meeting showcased some exciting equine talent for the rest of the season and beyond. Our experts pinpoint a pair of eyecatchers from the fixture.

The Duke of York looked a strong race beforehand and I'm convinced we saw a Group 1 winner of the future in Starman.

He went through the race like a top-class sprinter and it was his reappearance, so he would have been entitled to tire when challenged by strong stayer Nahaarr, but Starman knuckled down and fought him off.

Runner-up Nahaarr might also be a top-grade performer in time and third-placed Oxted has already won a Group 1, so the form should work out.

Starman might even be quick enough for 5f and he is now 2-2 at York. Maybe he could return for the Nunthorpe in August.
Graeme Rodway, tipster

Hopefully Project Dante did not begin and end on the Knavesmire on Wednesday, as the Bryan Smart-trained juvenile of that name was a striking debut winner.

A strapping sort to my eye on television, the son of Showcasing was referred to as "porky" by his trainer, so there should be plenty more to come. The colt travelled powerfully and beat what could turn out to be a decent bunch of rivals.

Smart has made an excellent start to the season with his two-year-olds and it would be good to see Project Dante heading to Royal Ascot next.
David Baxter, Juvenile Judge

La Trinidad lacked his trademark finishing zip on ground that was possibly too slow for him when sixth behind Kynren in the  Hambleton Handicap.

Nonetheless, the four-year-old left the impression there is a valuable handicap or two to be won with him – quite possibly back on the Knavesmire – when he gets his preferred quick conditions.

There will be plenty of options with him throughout the summer in big-field handicaps where he can use his notably high cruising speed before pouncing late.

I had him earmarked as a Cambridgeshire type at the beginning of the season and nothing I saw this week has changed that opinion. Richard Birch, tipster

FIRST PUBLISHED 6:49PM, MAY 14 2021
Smart has made an excellent start to the season with his two-year-olds and it would be good to see Project Dante heading to Royal Ascot next