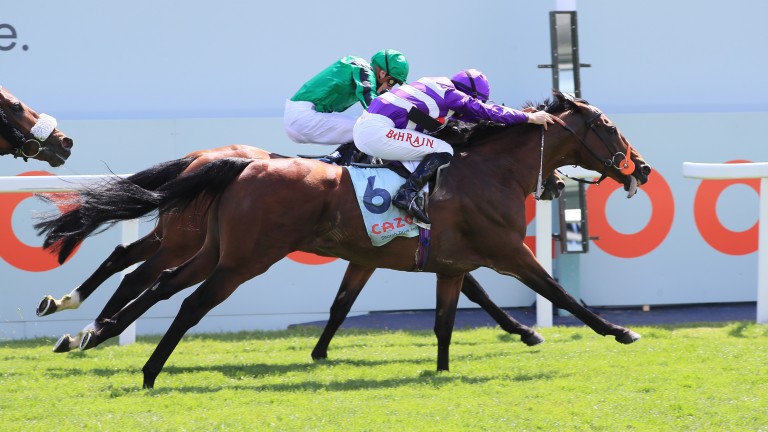 Oh This Is Us (nearside) pips Century Dream in a thrilling finish to the Group 3 Diomed Stakes
Mark Cranham
1 of 1
By Peter Scargill and Lee Mottershead UPDATED 8:16AM, JUN 7 2021

Two of Flat racing's golden oldies fought out a fantastic finish to the Cazoo Diomed Stakes, in which Oh This Is Us won his first Group race on his 72nd outing, beating Century Dream by a nose and thus preventing him from becoming the contest's first triple winner.

At the age of eight, the Tom Marquand-ridden winner is a year older than the runner-up, who looked to have the prize in safe keeping until passed as two heads flashed across the line almost inseparable.

For winning trainer Richard Hannon, the success was particularly sweet because, of all the many horses in his care, Oh This Is Us ranks as number one. 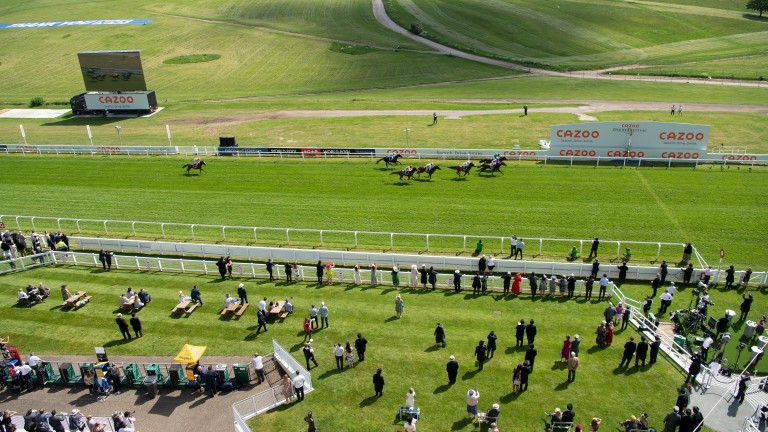 "He's my favourite and has been for some time," said Hannon.

"He never fails to surprise me. He has been a star in every way. The more trouble he meets, the better he travels and the more he finds. He has never won a Group race before, so although there's a Derby today, that was probably mine."

Hannon also wondered aloud if a stallion career could follow for Oh This Is Us – but perhaps not just yet.

"This fellow deserved that today and it might set him up as a stallion," said Hannon, adding: "He drove the lorry here today and he'll probably retire when he's 25." 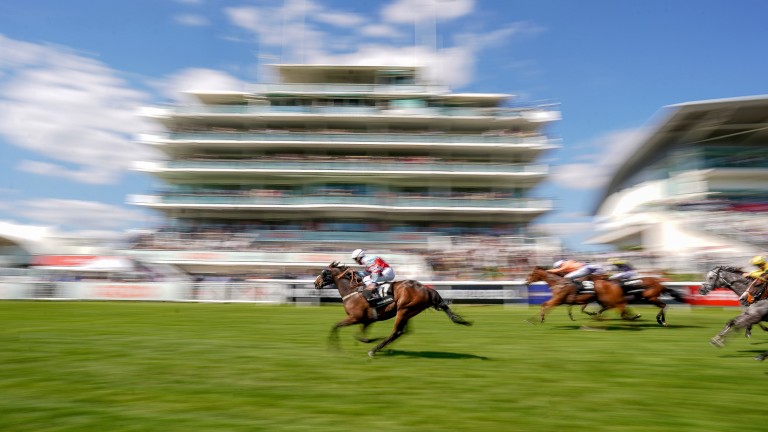 David Egan, a rising star of the weighing room, will not forget the Dash victory of Mokaatil as it was his first at the track – something trainer Ian Williams could not believe.

"It's a lovely race to do it in and it's my first time riding in the Dash as well," said Egan.

"It's been a little while coming as I've been riding here since I was a 7lb claimer, but hopefully they come like London buses in the Derby next!"

Williams trains the 25-1 winner for Midtech and said: "It's lovely and I didn't appreciate that was David's first winner here. The gentleman doing the presentation said he thought it was his first and I said it couldn't have been. So I asked David and he said it was!"

Derby success eluded Egan despite the gallant second of 50-1 shot Mojo Star but, like London buses, it didn't take long for another winner to come along as he got up late on the Williams-trained Ejtilaab to take the closing 6f handicap.

At the start of Derby day Tom Dascombe had trained at least one winner at all of Britain's Flat tracks apart from Epsom, a wrong he righted with the help of Hayley Turner and a largely unconsidered 28-1 outsider. 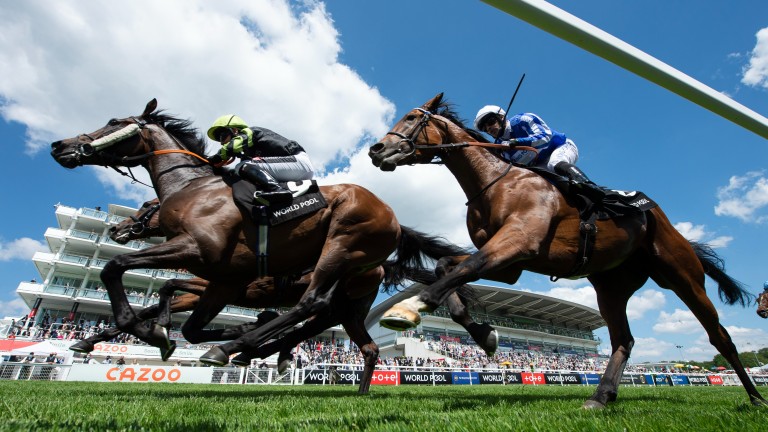 Solent Gateway tackled the £50,000 handicap for three-year-olds that opened proceedings as a maiden from nine races but he broke that duck and notched his trainer's landmark success when coming out on top in a thrilling three-way scrap for the line, beating King Frankel and Greatgadian by a nose and half a length.

"I'm buzzing," said Turner to ITV's Rishi Persad before showing her versatility by switching roles and working as one of the channel's pundits.

Midnights Legacy was the beneficiary of an unfortunate start for Soto Sizzler as he claimed victory in the 1m4f handicap for trainer Alan King.

Soto Sizzler could be counted an unlucky runner-up after losing several lengths on the field having reared up in the stalls as the gates opened.

An unlikely success looked on the cards as he hit the front a furlong out, but his efforts began to catch up with him and 12-1 chance Midnights Legacy finished the stronger to score by two and a quarter lengths.

Winning jockey William Buick said: "We had a nice trip round and the further we went the better he was going. I got a clear run at him in the straight and Alan told me he can hit a flat spot, so we wanted a bit of room.

"Once he hit top gear it was never in doubt really and I think there's more to come from him."

FIRST PUBLISHED 6:19PM, JUN 5 2021
He has never won a Group race before, so although there's a Derby today, that was probably mine

'I didn't say that. He's wrong' - Dettori counters Murphy best-horse claim A day when two big decisions had to be made - officials at Ascot got both right Did the stewards get it right in the Commonwealth Cup? Experts have their say 'Oisin's horse drifted about eight lanes' - Commonwealth Cup result reversed 'I didn't sleep on Tuesday night' - Oisin Murphy rues the one that got away And you thought finding the Royal Hunt Cup winner was hard . . .