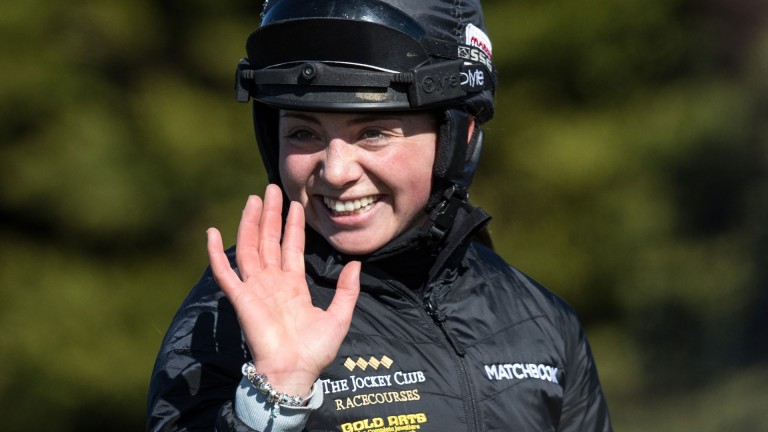 No female jockey has ever won the Grand National, but Bryony Frost will set off to the first of 30 fences next Saturday believing she can rewrite racing history buoyed by a schooling session aboard big-race mount Milansbar.

Frost and the veteran chaser's trainer Neil King spoke on Thursday with optimism about the prospects of Milansbar, a best-priced 40-1 shot but already successful in the long-distance handicap won last season by One For Arthur en route to his victory in the Randox Health-backed £1 million showpiece.

Milansbar's January triumph in Warwick's Classic Chase came on the only occasion he has been partnered by Frost, who was back aboard the 11-year-old on a sunny morning in Lambourn, where her mud-loving Aintree mount schooled over Grand National-style fences.

"He was awesome today," said Frost. "He's in good spirits, he looks fantastic in his coat and he jumped the fences as though they were normal fences. It was only my second time sitting on the horse, so it was good to get on him again.

"However, I know Milansbar is brave, he has tons of scope and he knows his limits. He knows when to go long and knows when to be clever and go short. He also knows how to dodge a faller, which is important."

Frost, whose father Jimmy won the 1989 National on Little Polveir, added: "You cannot go into a race and not have confidence in your horse. What's the point of being a jockey if you don't believe you can win?

"Every horse in the race deserves to be in it. Your horse doesn't know he is 100-1 or the favourite. Rhythm wins races, so my job is to get him into a rhythm and get him travelling. After that we'll need a lot of luck because every horse in the Grand National needs that."

Also hoping for Luck is King, who said: "For the last two years I've been saying he's made for the Grand National.

"He stays the trip, the fences should bring out the best in him, he has only 10st 5lb to carry and we might get our ground. In my dreams I can see him doing it, and even when I'm not dreaming I still think he has a real live chance."

Since winning at Warwick Milansbar has been partnered by different jockeys to finish fifth in the Eider Chase and second in the Midlands National.

He ran in those contests because when the initial Grand National entries came out the 11-year-old was only 69th in the order of entry. Now he occupies 45th position, but with a number of those above him in the weights already ruled out, Robert Bothway's veteran seems sure to be part of the maximum 40-strong field.

"I suppose the fact he ran in the Midlands National is a concern but he's come out of Uttoxeter very well," added King.

"Had I thought we had a squeak of getting in the National we might have gone straight there from Warwick, but we were so far down the list it looked like we had no chance.

"For that reason, and the fact we had our favoured ground, I felt we had to run in the Eider and Midlands National, as opposed to putting all our eggs in one basket." 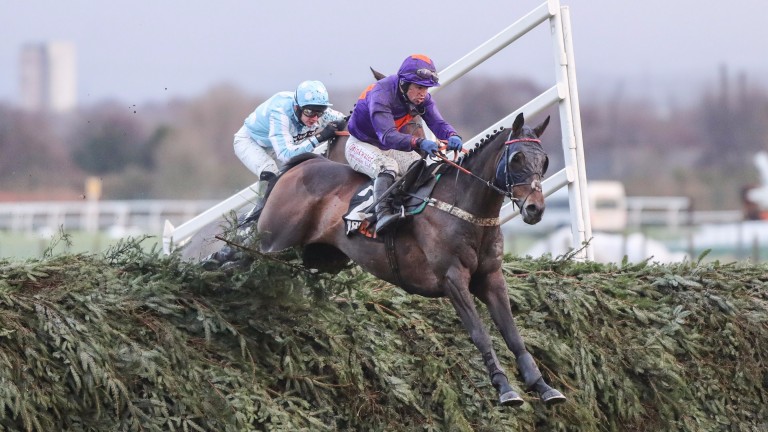 Gas Line Boy on his way to victory in the Grand Sefton Chase in December
John Grossick (racingpost.com/photos)

Last season's Grand National fifth Gas Line Boy is likely to have his third crack at the race – he fell at the first in 2015 – having subsequently won over the green fences in December's Grand Sefton Chase.

Trainer Ian Williams also has the 12-year-old in the Topham Chase, but said: "Despite the wet weather we're still very keen to run in the National, even if it ended up soft on the day.

"Robbie Dunne, who rode him in both last year's National and the Grand Sefton, will ride him once again as he knows the horse well."

Frost: I can remember Dad winning National – but not Elizabeth Taylor

Bryony Frost was not born when father Jimmy Frost became a Grand National-winning rider aboard Little Polveir 29 years ago. Even so, she has watched the video recording so often the tape has practically worn out.

Frost snr was teaming up with long-time ally Toby Balding when triumphant at Aintree, where his daughter will partner Milansbar next Saturday.

"Dad is very humble about winning the National," said Frost. 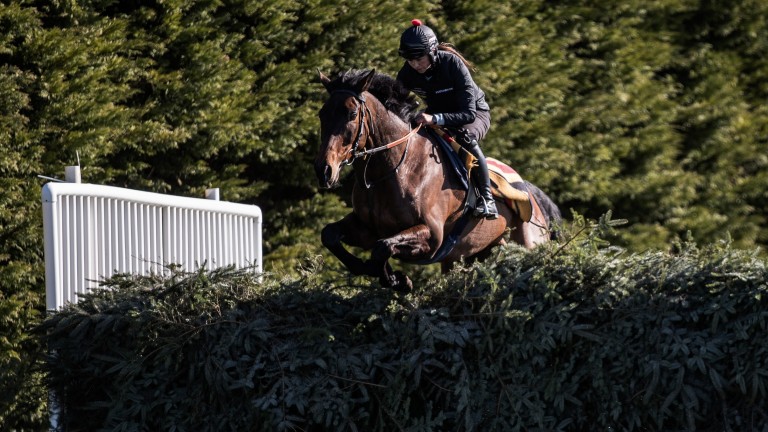 However, even if he has been reluctant to talk about winning the world's most famous horserace, the evidence of the video cassette tells no lies.

"There were quite a few rainy nights when I would have my nose pressed against the TV screen watching the tape of Little Polveir win," she added.

"I remember seeing it for the first time, watching all the prelims and everything that happened after the race as well. Then when I was a kid riding my pony I would replay the race in my head.

"Even today talking about it gives me goosebumps. I can say my dad has won the National. I can't even explain how proud that makes me."

One tape not held in the Frost household was National Velvet, the film in which Elizabeth Taylor famously captures the Grand National on The Pie. Frost now hopes to turn fiction into reality.

She said: "I think I did see the film on TV on one of those Sundays when it was raining but I can't remember it properly. In those days I was too busy running around pretending to win the National!"

FIRST PUBLISHED 12:31PM, APR 5 2018
In my dreams I can see him doing it, and even when I'm not dreaming I still think he has a real live chance