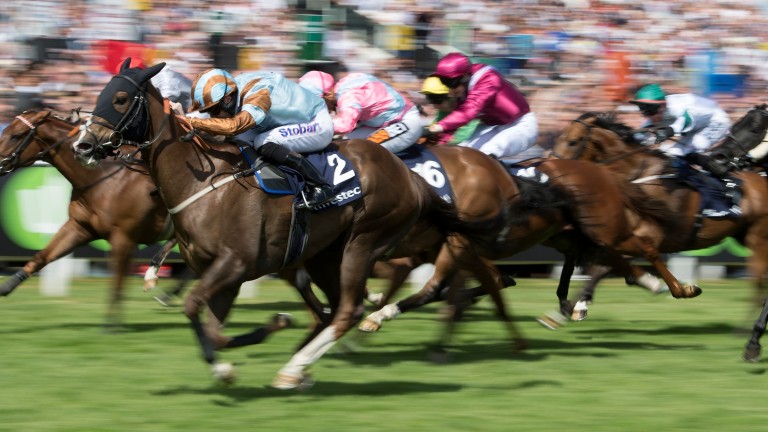 Three might be the magic number, but four would be just fantastic for Caspian Prince and his owner Stephen Louch, who make their annual trip to Epsom today for the Investec-sponsored 'Dash' Handicap, the race they've made their own.

Caspian Prince claimed his third victory in what is generally regarded as the fastest race in the calendar when squeaking home by a short head 12 months ago, and Louch is hopeful his gallant nine-year-old speed machine can maintain his winning streak this afternoon. 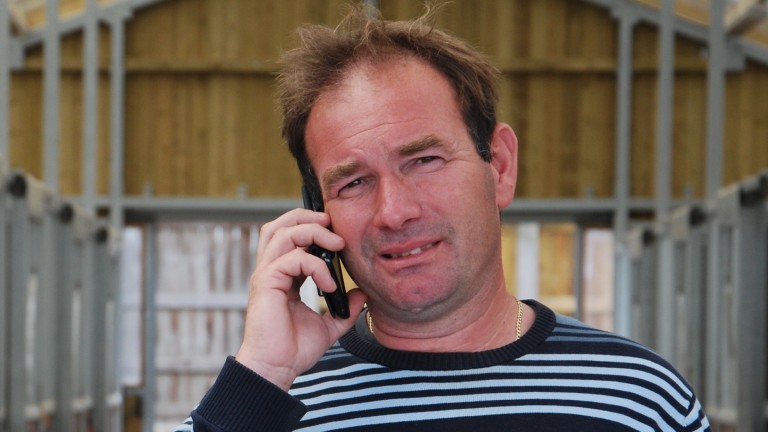 Caspian Prince is now with Mick Appleby, with whom he will stay

"Epsom seems to be his preferred track, he loves it there, it's all about speed and so is he," says Louch, 50, who owns Leicester-based contractors Advanced Electrical Services and has six horses with local trainer Mick Appleby.

"He's given us some wonderful days out and hopefully there are plenty more to come. He's nine but he's in good shape, keeps himself straight, doesn't need to do a huge amount of work.

"I watched him on the gallops last week and he's very fresh, he's in top order, and he does seem to thrive at this time of year. He's not drawn well [stall two] but it was the same last year and it didn't stop him."

The son of Dylan Thomas is certainly not bred to be a sprinter, but during his early days in France it soon became obvious he was all about speed. Louch bought him unseen as a four-year-old at Deauville for €20,000 and, after his first workout, rider Mark Coumbe told Louch that he might have a 'Dash' horse on his hands.

Six months later Caspian Prince won the 'Dash' for the first time off a mark of 97, was beaten 12 months later, but bounced back in 2016 when scoring off 104. Twelve months ago he was rated 107, but is a pound below that now as he chases that fourth win.

Those three victories have been for different trainers – Tony Carroll, Dean Ivory, Tony Coyle – and Caspian Prince has been around the block a few times in that regard, with Appleby his eighth trainer. His wandering days are done, though, as Louch explains.

"That was down to a friend of mine who was managing my racing interests for me, but is no longer involved. I was never a big fan of moving him here, there and everywhere so earlier this year I stepped in and took charge.

"I thought the horse needed to be settled, and now he's with Mick and that's where he'll stay. I've been really impressed with the way Mick trains and we've had a few winners recently." 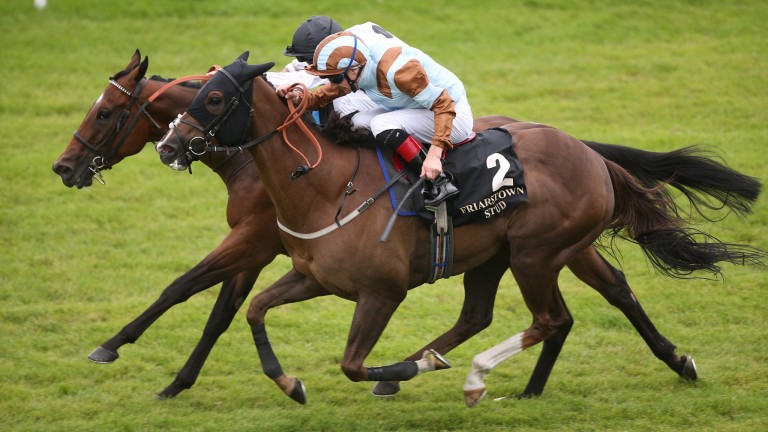 Caspian Prince (near) gets the better of Marsha at the Curragh last year
Caroline Norris (racingpost.com/photos)

Last season Caspian Prince successfully stepped out of handicaps when winning the Group 2 Sapphire Stakes at the Curragh, beating future Nunthorpe Stakes heroine Marsha. Louch has the idea to return to Ireland later this summer with the Flying Five on the agenda, but at the moment he's not looking any further ahead than Epsom this afternoon and there'll be plenty of support travelling down from Leicester for one of racing's greatest days.

"He's taken me to Epsom on Derby day, to Longchamp on Arc day, to Meydan on World Cup night, to Qatar, to Glorious Goodwood, to York on Juddmonte day – for a small owner like me it's been amazing, he's been amazing, the horse of a lifetime.

"The years have rattled by in the blink of an eye and here we are at Epsom again, trying to do something special. It's what dreams are made of, isn't it?"