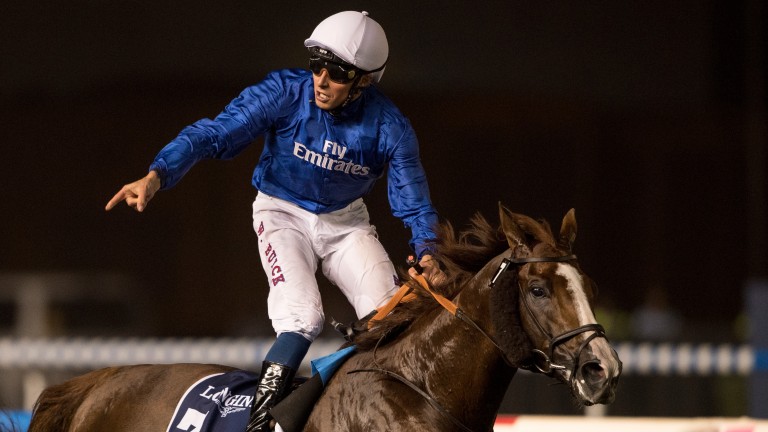 Charlie Appleby toasted the "perfect end to a marvellous carnival" after Hawkbill won the Sheema Classic to provide him with a Group 1 double on the Dubai World Cup card and cap his finest day as a trainer.

Appleby had never enjoyed a winner on the world's richest raceday – a meeting of huge significance to his employer Sheikh Mohammed – but put that right by sending out Jungle Cat to win the Al Quoz Sprint before Hawkbill struck under a front-running masterclass by William Buick.

The trainer was full of praise for Buick, who dictated a modest tempo before conjuring an explosive and decisive burst from his mount in the straight, which carried him to a comfortable three-length success from Poet's Word, while joint-favourite Cloth Of Stars, who raced far too keenly, was one and three quarter lengths back in third.

"William has given him a superb ride and set a modest tempo, given him a breather, before increasing the pressure leaving the turn," Appleby said.

"That is my final runner of 2018 at Meydan and to have a World Cup night double is the perfect way to end what has been a marvellous carnival.

"We have a great team at home and the hard work has paid off so I am delighted for them, the jockeys and, of course, Sheikh Mohammed to whom I am eternally grateful for this amazing opportunity."

Hawkbill, who was one of four Group 1 winners on the card to carry the colours of Godolphin, provided Buick with a welcome change of fortune after he had to watch James Doyle score aboard Jungle Cat when his mount Blue Point – the short-priced favourite – was withdrawn on veterinary advice at the start of the Al Quoz Sprint.

Lightning threatened to strike twice when Hawkbill got his leg caught in the stalls but, after being trotted to the satisfaction of the vets, he was allowed to line up and showed there were no ill effects by producing a performance hailed as a career best by his rider. 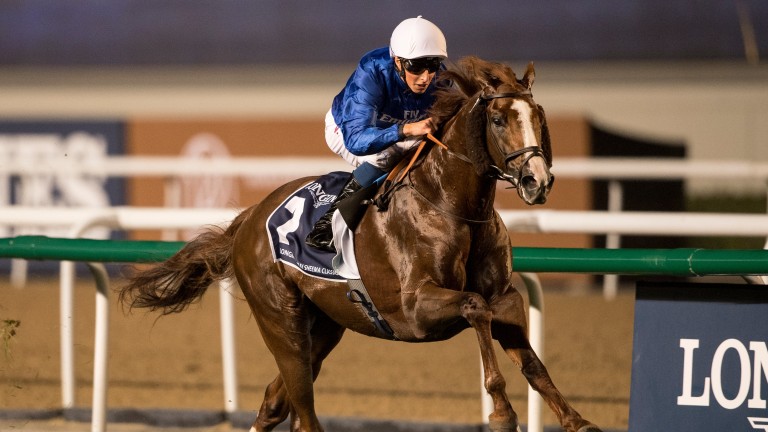 "He was playing around in the gates, basically, because he just wanted to get on with the race and managed to get his leg hooked up in the partition," Buick explained.

"Luckily he did not harm himself or Satono Crown in the stall adjacent and he trotted up sound in front of the vet.

"He was soon in a lovely rhythm and I was always happy; at halfway I knew I had plenty of horse left and it was just a case of whether something would emerge from the pack.

"He has then really quickened at the top of the straight and that was a very good performance, certainly his best."

Hawkbill, whose previous Group 1 success was achieved in the 2016 Coral-Eclipse, arrived on the back of a hard-fought victory in the Dubai City Of Gold on Super Saturday, and Buick felt he had improved significantly in the three weeks since.

"His run on Super Saturday got his head straight and his body right," the winning rider added. "Physically he did well over the winter and we've always thought a lot of him."

FIRST PUBLISHED 5:21PM, MAR 31 2018
That is my final runner of 2018 at Meydan and to have a World Cup night double is the perfect way to end what has been a marvellous carnival