Wholestone back to winning ways with fourth success at Cheltenham 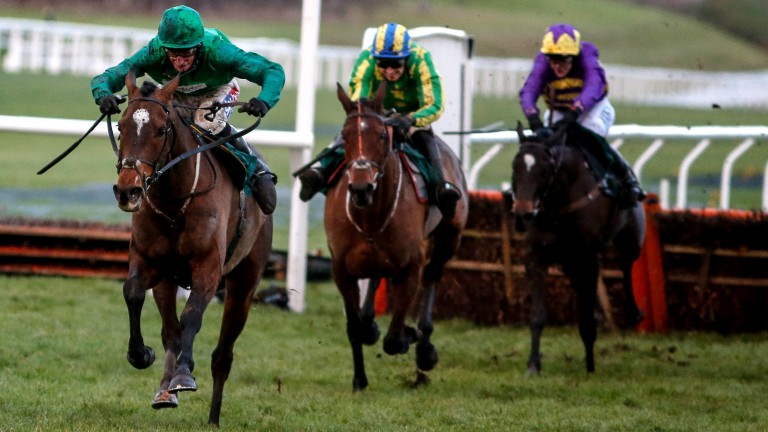 The Relkeel Hurdle honours a horse who had a wonderful record at Cheltenham. For that reason, Wholestone was a highly appropriate winner of his race.

Relkeel was triumphant five times at the home of jumping, including on three consecutive occasions in what was then the Bula Hurdle.

Wholestone has taken his own haul at the track to four wins from six appearances following a decisive success that continued the marvellous season being enjoyed by owners Simon Munir and Issac Souede.

The duo's Bristol De Mai underperformed on Boxing Day but that was also an afternoon when the green colours struck in Grade 1 company with Footpad at Leopardstown.

The thrilling novice chaser is very much Cheltenham Festival-bound, as is Wholestone, who travelled smoothly under retained rider Daryl Jacob en route to a defeat of last year's winner Agrapart in the Dornan Engineering-backed Grade 2 prize.

"We're enjoying the dream while they're in good form," said Munir, after striking for the second time on the card. So, too, was trainer Nigel Twiston-Davies, earlier smiling after Ballyhill took the most valuable race on the card. 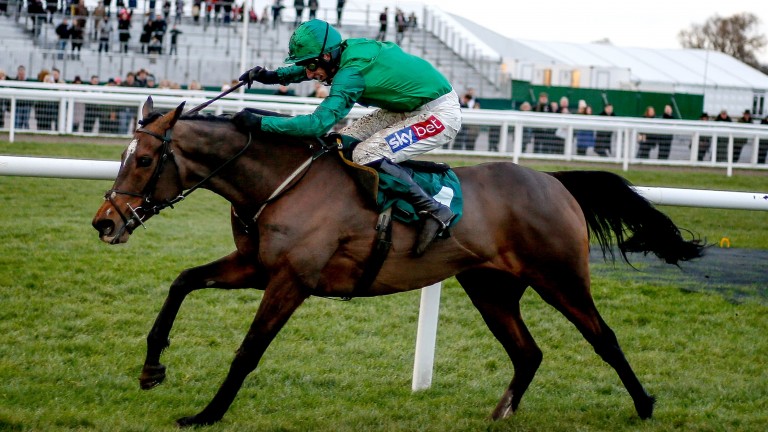 Reflecting on the seven-year-old's uncharacteristic below-par effort last time out, the trainer said: "He was a bit sick and sorry for himself after Newbury – a bit like I am now with my cough and cold – but I was really chuffed to bits with him today."

"You've got to love a horse who has done me so many good turns and I'm thrilled with that," she said. "He got a bit tapped for toe when they quickened but he loves that hill, so we'll try to bring him back."

The Cleeve Hurdle later this month would be an obvious race for that to happen en route to the Sun Bets Stayers' Hurdle. Both will be on Wholestone's likely agenda.

"I imagine it will be one more run and then back here for the Stayers'," said Twiston-Davies. "It's a race that's looking a bit more open than some of the others now."

Bookmakers quote Wholestone at no more than 16-1 for the Stayers', for which stablemate and perennial Unibet Champion Hurdle participant The New One has also been earmarked. With the popular veteran, though, there could yet be a change of plan.

"He'll still be entered in the Champion Hurdle," said Twiston-Davies. "The way they're mucking up he could finish third or fourth."

FIRST PUBLISHED 3:28PM, JAN 1 2018
I imagine it will be one more run and then back here for the Stayers