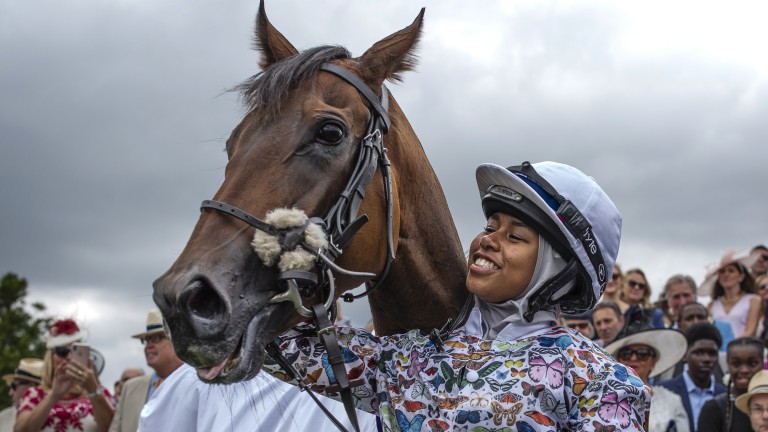 With tears rolling down her face after being greeted with a spine-tingling roar from the Goodwood crowd, Khadijah Mellah knew she had done something quite extraordinary.

The 18-year-old south Londoner had just become the first person in Britain to ride in a race wearing a hijab and, after guiding the Charlie Fellowes-trained Haverland to victory in the Magnolia Cup, she became the first rider to win in a hijab.

Mellah, who learned to ride at the Ebony Horse Club in Brixton, only started being partnered with thoroughbreds in April but, with the Magnolia Cup charity race in aid of Wellbeing of Women in mind, her hard work and dedication paid off as she registered a historic win when getting the better of Land Filly, who was ridden by BBC weather presenter Alexis Green, by three-quarters of a length.

Her coolness in the race, during which she delivered her mount with a powerful late challenge up the stands' side, quickly turned to ecstasy as she realised the magnitude of her incredible achievement. 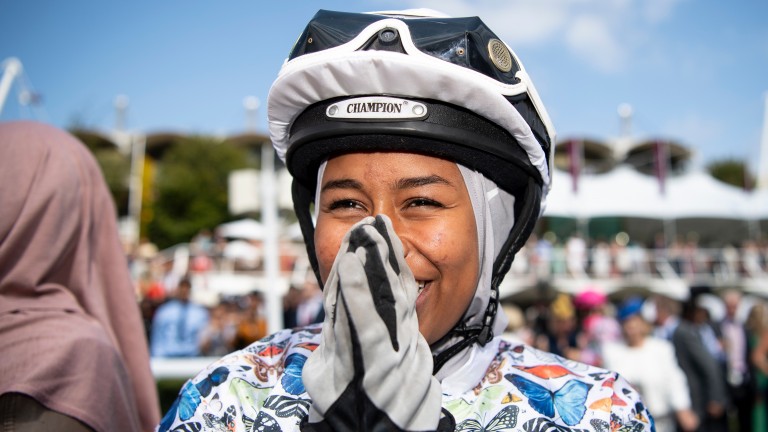 Khadijah Mellah: the first woman to ride in a race in Britain wearing a hijab
Edward Whitaker (racingpost.com/photos)

Mellah, who was priced as the 25-1 outsider with Ladbrokes against rivals including Olympic cycling champion Victoria Pendleton and model Vogue Williams, said: “There are no words to describe it and I can’t believe it. I'm still trying to figure out how the hell that happened."

Haverland travelled in mid-division in the 12-runner field before making ground, but Mellah was soon encountering an age-old problem faced by so many jockeys at Goodwood previously.

She said: "There was still a line of horses in front of me – it was like a brick wall and the kickback was flying in my face so I thought I would pull out and see what happens.

"When I looked and saw the horses behind me at the line I just thought, ‘Oh my god, what is happening'.

"Then I saw all my family and friends and I started crying uncontrollably, it was amazing."

Mellah, who is awaiting her A-level results and hopes to study mechanical engineering at university, added: “It shows ambitious women can make it and that’s all I want to represent. I have had so much support and I can’t wait to see other stories of other women getting into the industry and doing amazing things." 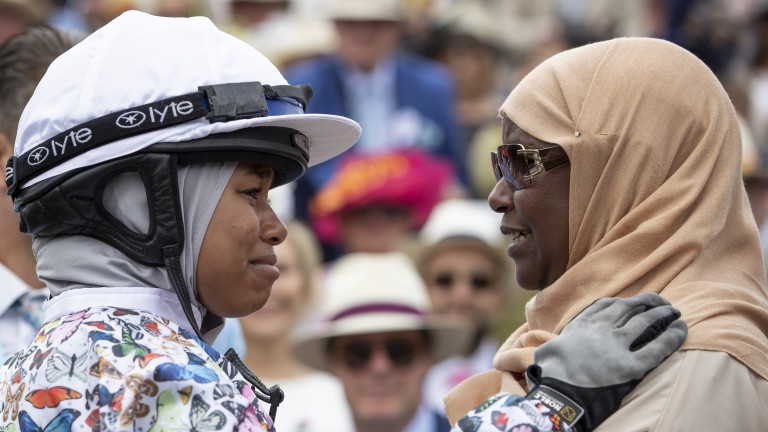 In the build-up to the race she significantly raised the profile of the Ebony Horse Club. ITV Racing’s Oli Bell, a patron of the club, helped spark the dream for Mellah to ride in a charity race, but it was her commitment that made this sparkling occasion possible. She had spent time at the British Racing School before joining up with trainer Charlie Fellowes, who was full of praise.

He said: “Khadijah gave the horse the most unbelievable ride. She was so cool – she followed the right horse through and did absolutely brilliantly. I’m speechless, shaking, I can’t quite believe that. She is the most incredible young lady you will ever come across. How she has done that is beyond remarkable." 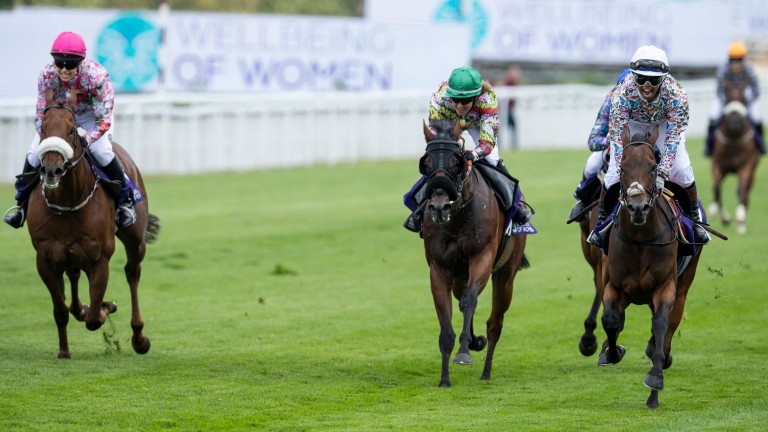 Khadijah Mellah (right) shouts with joy as she crosses the line to win the Magnolia Cup on Haverland
Edward Whitaker (racingpost.com/photos)

FIRST PUBLISHED 1:40PM, AUG 1 2019
I'm still trying to figure out how the hell that happened