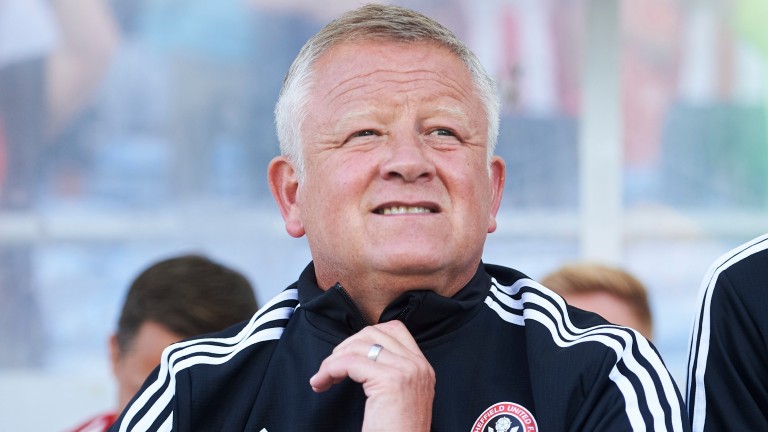 January can be a miserable month but Championship promotion hopefuls Middlesbrough are attacking it with gusto, both on and off the pitch, and their impressive start to the year can continue with a comfortable home success over Reading.

Boro are up to seventh after taking 16 points from their last six games but manager Chris Wilder is not one for resting on his laurels and has been busy bolstering his attack.

Premier League strikers Aaron Connolly and Folarin Balogun have been loaned from Brighton and Arsenal respectively and both come into contention to face a relegation-threatened Reading side, who suffered a 7-0 humiliation at home to Fulham on Tuesday.

Reading have been operating with a small squad since the start of the season and their resources have been stretched by injuries to a host of senior players.

Under-pressure Royals' manager Veljko Paunovic has revealed some good news over the condition of key striker Lucas Joao, who is back on the training pitch and expected to be involved by the end of the month.

But many of Reading's injuries range from medium to long-term and there are unlikely to be big changes to team who were outclassed in midweek.

Paunovic's coaching qualities are being tested to the full by injuries, a lack of finance and a six-point deduction which was imposed in November.

The Serb faces a tough task keeping Reading out of the bottom three and his team will struggle to put points on the board this weekend.

Blackburn are the other Championship team to have lost 7-0 to Fulham this season but they have not looked back since their drubbing against the Cottagers and should be too strong for struggling Cardiff.

Tony Mowbray's side exited the FA Cup with a 3-2 loss at Wigan last weekend but the league is their priority and they are up to third after taking 23 points from the last nine matches.

Automatic promotion looks a realistic possibility for Rovers and they could soon be boosted by the availability of key goalscoring midfielder Bradley Dack, who is close to returning from a long-term knee injury.

It is to Blackburn's great credit that they have coped so well without Dack and Adam Armstrong - their top scorer from last season - who sealed a summer switch to Southampton.

Ben Brereton Diaz has done the heavy lifting up front, scoring 20 of 43 league goals, but it has been a team effort and there is every chance of Rovers staying up with the promotion pace.

Cardiff had hoped to be competing towards the top but they suffered eight successive defeats in  September and October – leading to the dismissal of Mick McCarthy – and have been stuck in the bottom six ever since.

McCarthy's replacement Steve Morison got off to a reasonable start but his team have taken just two points from their last four matches and are unlikely to turn the corner in such a demanding fixture.

Sheffield Wednesday need a response after dismal losses away to Sunderland and Shrewsbury in their last two League One encounters, but they are generally strong at Hillsborough and can justify favouritism against promotion rivals Plymouth.

Owls boss Darren Moore is under pressure but his team are unbeaten in their last six home league games and have had a 12-day break, allowing them to get recent setbacks out of the system.

Plymouth started the season impressively but they have dropped out of the top six and may struggle to reignite their promotion challenge.

Argyle's defence has been weakened by a long-term injury to Brendan Galloway and their offensive capabilities are reduced while influential Guinea-Bissau attacking midfielder Panutche Camara is at the Africa Cup of Nations.

League Two strugglers Stevenage enhanced their survival hopes with last Saturday's 3-1 win at home to Walsall and they can make it back-to-back victories by beating Sutton.

A January recruitment drive is bearing fruit for Stevenage and their sudden improvement is bad news for promotion-chasing Sutton, who have lost three of their last four away matches.

The 31-year-old Ipswich striker was out favour earlier in the season but he has netted in each of his last three appearances and can put the Tractor Boys in front at struggling Bolton.