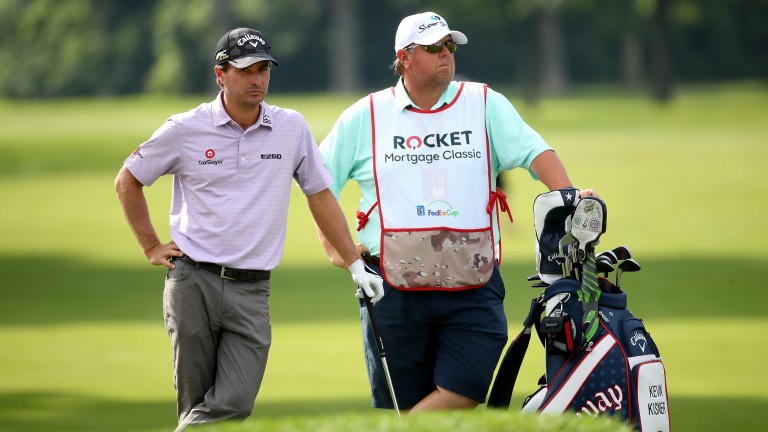 Kevin Kisner knows he has what it takes to succeed at Waialae
Getty Images
1 of 1
By Steve Palmer UPDATED 1:45PM, JAN 12 2021

Golf tips, best bets and player analysis for the Sony Open in Hawaii at Waialae Country Club on the PGA Tour.

Justin Thomas did a Sentry Tournament of Champions and Sony Open double in 2017, carding a first-round 59 at Waialae Country Club in the process, and Harris English is hoping for the same in Honolulu this week.

English ended a seven-year victory drought by winning the Sentry on Sunday, beating Joaquin Niemann with a birdie at the first extra hole, and those heroics under pressure mean Sony success is entirely feasible. English has a solid Waialae record and must be on the Sony shortlist, but bigger odds about others are preferred.

The candid nature of Kevin Kisner means he rules himself out when the circuit arrives at long, open venues such as, for example, Augusta National, but the phlegmatic Carolinian knows there are not many more dangerous than him at the opposite type of track.

Waialae, a short layout which has always favoured those who find fairways and greens, and putt well, is perfect for Kisner to show off his skill set, and he has Sony Open form figures of 5-4-25-69-4 from the last five editions.

Kisner's maiden PGA Tour title came on a similar par-70 seaside course - a six-shot triumph in the 2015 RSM Classic - and he lost a playoff in that tournament in his final start of 2020. The 2019 WGC-Match Play champion tied second in the 2018 Open at Carnoustie and deserves maximum respect when arriving at courses which suit.

Mentally Kisner seems to slip up a gear when faced with a course where he knows the winner's cheque is within his compass - and he will have viewed the Sentry Tournament of Champions as a warm-up event for the Sony. A share of 24th place in the Sentry, where he was nine under par for the weekend, was ideal for blowing away his Christmas cobwebs and has set him up perfectly for a much more suitable mission on another Hawaiian island.

The defending champion could easily retain his title. Cameron Smith had solid Sony Open form figures of 27-18-22 before turning up last year and defeating Brendan Steele in a playoff - Waialae suits him greatly - and since that PGA Tour breakthrough the Australian has grown in stature.

Smith ended 2020 in style, finishing 11th in the CJ Cup, fourth in the Zozo Championship, then second in the Masters. Dustin Johnson left everyone behind at Augusta, but Smith could take enormous heart from leading the pursuit and the 27-year-old has become much more at ease competing at the highest level.

Smith tied with Kisner in 24th place at Kapalua - a steady effort on far less suitable terrain than Waialae - and much better can be expected across the water.

Strong putting seems essential this week - the forecast is for light winds and Waialae is vulnerable to extremely low scoring in such conditions. Kisner and Smith roll their rock with assurance, while Lanto Griffin is also someone who can be relied upon to hole their fair share.

Griffin suffered some illness on the eve of the Sentry - an upset stomach meant he started the event with a lack of comfort - and he fell two over par through 13 holes. The 2019 Houston Open champion recovered his fitness and form, though, ending up in a creditable share of 13th place. That solid effort in elite company can be followed by something more spectacular at Waialae, where he closed with a 64 for seventh spot 12 months ago.

Complete a team of flat-stick masters with Brendon Todd, who is ideally suited to the demands of Waialae. Todd was finding fairways with ease at Kapalua last week, but was unable to properly compete on the long, rolling terrain, eventually battling his way to 13th place. This week's assignment plays to his strengths and he should contend for a fourth PGA Tour triumph.

Todd, who finished eighth in the Mayakoba Classic on his final start of 2020, won the 2019 Bermuda Championship at the seaside and he has a solid Sony record.

Sungjae Im
The Korean has enjoyed two superb tournament debuts - a share of second alongside Smith in the Masters before fifth spot at Kapalua last week - and must be respected.

Abraham Ancer
The Mexican, one of the best maidens on the PGA Tour, has the right game to conquer Waialae and recent efforts have been encouraging.

Takumi Kanaya
The 22-year-old, world number one amateur for 55 weeks, has already won twice on the Japan Tour and seems set for a wonderful future.

Matt Kuchar
The veteran could be inspired by the exploits of his QBE Shootout partner English. They won that event together before Christmas. Kuchar was Sony champ in 2019.

Russell Henley
The Georgian rediscovered his A-game in the second half of last year and the 2013 Sony champion is proven at Waialae.

Collin Morikawa
The US PGA champion blew a golden winning chance last Sunday, slipping two over par through eight holes of round four, and confidence may have been dented.

When to watch Live on Sky Sports Main Event and Golf, midnight Thursday

Time difference Hawaii is ten hours behind the UK and Ireland

Course overview Waialae staged the Hawaiian Open until 1998, at which point PGA Tour chiefs oversaw an upgrading of the track, which became the venue for the Sony Open thereafter. Waialae contrasts greatly with the wide-open Plantation Course where Harris English won the Sentry Tournament of Champions in Maui last week. The fairways are thin, the greens are small and accuracy is the key to success. The Hawaii turf and the trade winds are similar to Kapalua though and Sentry runners have an excellent record of success the following week in the Sony. A steady breeze usually adds to the Waialae test and the most difficult holes are the 488-yard par-four first, the fiddly 426-yard par-four second and the 478-yard par-four 13th. There are only two par-fives (the ninth and 18th).

Story of last year Cameron Smith took advantage of a faltering Brendan Steele, the Aussie eventually defeating the Californian in a playoff to claim a maiden PGA Tour title.

Weather forecast Clear, warm, with light breezes, for the most part, but there is a late-afternoon thunderstorm threat for Sunday