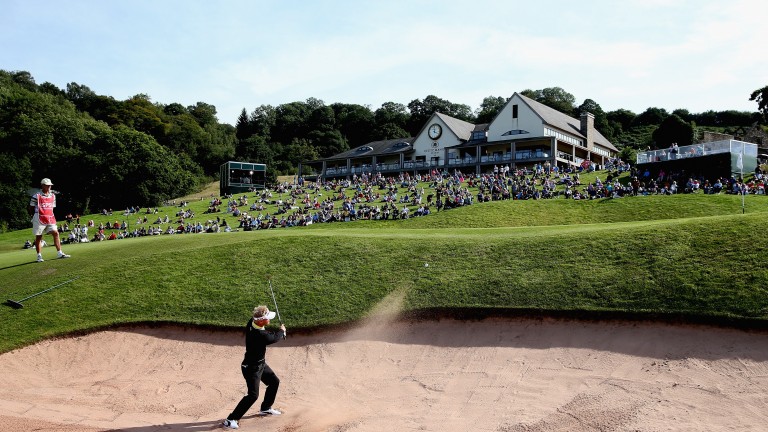 Golf tips, best bets and player analysis for the Cazoo Open supported by Gareth Bale at Celtic Manor on the European Tour.

This week's Cazoo Open on the European Tour is supported by Gareth Bale and it is no exaggeration to suggest that the Real Madrid forward will be the biggest star at Celtic Manor.

The world's 58th best player Matt Wallace is a single-figure price while fellow Englishman Sam Horsfield will be looking to replicate the success he enjoyed at the same venue in August at the Celtic Classic.

But this could still be a competitive tournament among some of the tour's lesser lights and there are plenty who will be looking to build on satisfactory performances at the Open last week among a far more illustrious field.

One player who fits that bill is Wolverhampton's Aaron Rai, who should be content with a 19th-place finish in his first Open at Royal St George's - he had missed cuts in previous Major appearances at the 2017 US Open and this year's US PGA Championship.

Some of his European Tour performances have been a bit hit and miss but he was 12th at the Irish Open a fortnight ago and recovered to 35th at the Scottish Open from a disappointing opening 71 with three subsequent rounds of 68.

It is also less than 12 months since he was runner-up in Ireland, won the Scottish Open the following week and then finished third at the Scottish Championship.

He is 100th in the world rankings and has only four players above him in the list and while his course-form figures read 31-44, his game is in a good place and he can put up a strong challenge.

South African Daniel van Tonder has already been in the winner's circle this year after he won the Kenya Savannah Classic in a playoff and he leads the European Tour statistics for strokes gained off the tee so he could relish a Celtic Manor test.

While most of his best performances have come on his home continent, there have been signs that he is getting to grips with European golf.

He was recently 12th at the BMW International in Germany and while he missed the cut at the Irish Open - by one shot - and the Scottish Open, he flew out of the blocks at The Open.

He carded opening rounds of 68 and 66 and although he was unable to keep it going over the weekend and finished tied for 40th, he can still make a good impression among this company.

Calum Hill has finished in the top 20 in six of his last 13 European Tour outings and, as a player who is ranked third in stroke average, he can flourish on a course where he was eighth last year.

He has missed his last two cuts but his eighth at the Betfred British Masters and 17th at the BMW International Open deserve respect.

The Spaniard was 14th at last year's Celtic Classic and would have enjoyed a similar finish the following week at the Wales Open had it not been for a disappointing third-round 74.

He can be a factor in a field of this standard, as can Conor Syme, who was third and eighth at Celtic Manor last year.

The Scot has also been eighth at the Andalucia Masters, fifth in Gran Canaria and third at the Kenya Open in the last 12 months.

Matt Wallace
The Englishman finished his Open challenge with a two-over-par 72 and he looks a short price three years since his last victory.

Sam Horsfield
Horsfield won the Celtic Classic at this week's venue last year but he missed the cut by four shots at the Scottish Open and was four over for his last round at Royal St George's so his form is not great.

Gregory Bourdy
The Frenchman is the other course winner in the field having won this in 2013 but a repeat looks highly unlikely as he's missed seven of his last nine cuts on the Challenge Tour.

Chan Kim
A regular challenger on the Japanese Tour with limited European experience but the American has done enough to be in the world's top 100 and is an interesting addition to the field.

When to watch Live on Sky Sports Golf 11am Thursday

Course overview The Cazoo Open or Wales Open returned to the European Tour in August after a six-year absence as the game got back into the swing of things after the first Covid-19 lockdown.

The Twenty Ten course was opened in 2008, when it hosted its first Wales Open and was specifically designed for the 2010 Ryder Cup, a competition greatly affected by rain.

It is a long course with four par-five holes, the first of which is the second. The 18th also measures 610 yards and could require a three-shot approach to navigate the pond in front of an elevated green.

The last tournament was rain affected and as the course sits in a valley, there is scope for it to become quite wet, especially as rain is anticipated for the weekend.

Three of the five par-three holes are more than 200 yards long but big hitters will be looking to open their shoulders and attack the wide fairways.

Story of last year Romain Langasque hit a bogey-free 65 to win his first European Tour title after starting the final day five shots off the pace. Sami Valimaki was two shots behind in second.

Weather forecast The tournament is set to benefit from a dry start but rain could come in the later stages of play on Friday and it could continue into the weekend.

Type of player suited to the challenge Distance off the tee could be more of an advantage in wet conditions. It is a course designed for matchplay so aggressive play could be rewarded.