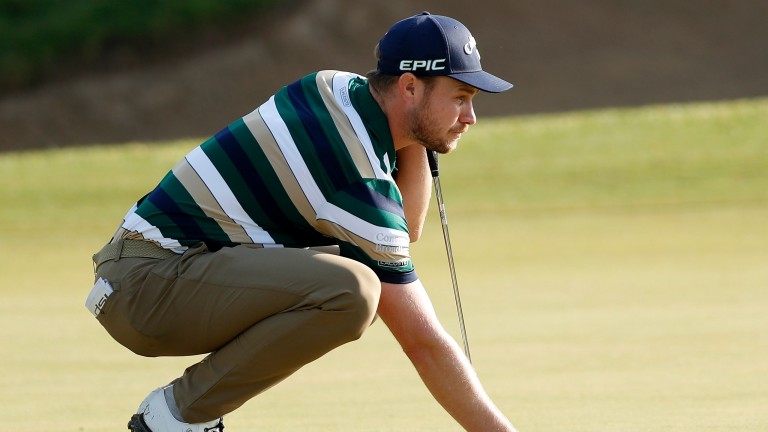 England's Oliver Fisher was amongst a host of players to withdraw on Friday
Oisin Keniry
1 of 1
By Chris Rivers UPDATED 9:46AM, NOV 27 2021

Bookmakers have confirmed they will be refunding punters who backed any player who has withdrawn from the Joburg Open after the DP World Tour event was thrown into chaos by the discovery of a new Covid variant in South Africa.

The spread of the variant, described as being of "huge international concern" by health secretary Sajid Javid, has prompted the UK government to place South Africa on its travel red list.

Flights to and from South Africa were suspended as of midday Friday, prompting UK and Ireland-based players to withdraw en masse before the second round of the Joburg Open.

BoyleSports, Betfair, Ladbrokes, Coral and Paddy Power have all confirmed they will refund customers who backed a competitor who has subsequently pulled out.

The list of players dropping out the event has been extensive with England's Oliver Fisher, Steven Brown, Richard McEvoy, Matthew Jordan, Andrew Wilson, Matt Ford and Graeme Storm all opting to withdraw.

Irish pair Niall Kearney and Paul Dunne have also pulled out of the event, which was supposed to be the first event in a three-week South Africa swing for the newly-rebranded DP World Tour.

Ireland's Dunne said he had spoken to tournament officials and was informed the event would continue as planned, telling RTE Radio 1's Morning Ireland: "They just said that they are still confident that the tournament bubbles are a safe place to be."

The continuation of the event is good news for clubhouse leader and home favourite Thriston Lawrence, who was a 225-1 selection by golf guru Steve Palmer.

Golf isn't the only sport to be affected by South Africa's move to the red list - Saturday's United Rugby Championship matches between the Sharks and Scarlets, Bulls and Munster plus Lions and Cardiff have been postponed, as have all of next week's matches scheduled to be played in South Africa.

FIRST PUBLISHED 2:45PM, NOV 26 2021
Flights to and from South Africa are to be suspended from midday on Friday, prompting UK and Ireland-based players to withdraw on mass