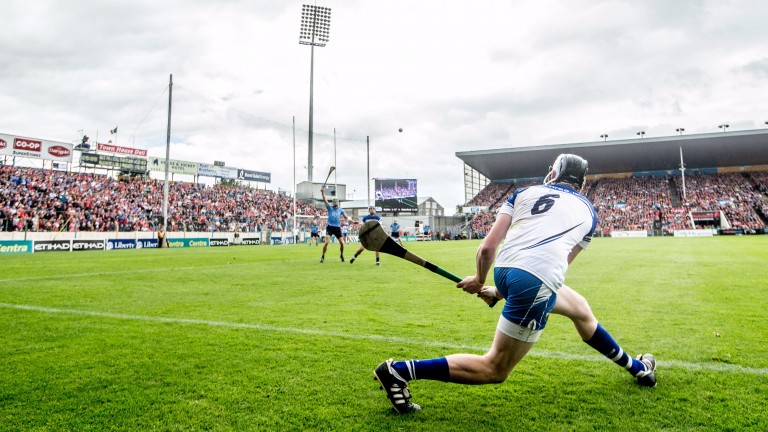 This final round of the Allianz Hurling League feels like one that should be treated with caution from a punting perspective, and the priority for teams this weekend will be to reach their upcoming championship openers without any injuries.

Antrim, who have been extremely enjoyable to watch during this campaign and secured their top-flight status when drawing with Wexford last weekend, will surely have their sights set on June 26, when a Leinster semi-final spot is up for grabs against Dublin.

Laois, on the other hand, have a less favourable quarter-final match-up against Wexford and their biggest game of the season will come later in the summer against Westmeath in the league relegation playoff.

Saturday's trip to Belfast looks their best chance of winning a game right now and they look the bet with a three-point handicap start.

An unbeaten Kilkenny will come up against the best side they've faced so far in this league campaign, but whether or not Clare will be firing on all cylinders with a key Munster quarter-final showdown with Waterford on the horizon is the big question.

Brian Cody has looked keen to build impetus during the league but TJ Reid was rested last weekend with the Cats still very much focusing on retaining their Leinster crown and there was lots to like about the Banner's winning performance against Dublin.

They can cause Kilkenny problems if producing their best and are better than odds of 7-4 suggest, but in the circumstances it's a tentative vote so take them on the handicap.

Wexford have been largely frustrating to follow since their memorable championship run in 2019 and need to bounce back from a draw against Antrim last week, although they will be missing suspended manager Davy Fitzgerald from the sidelines.

They undoubtedly have the quality to beat Dublin, but just two points separated the pair in last year's league and the sides will have Leinster quarter-final outings in sight later this month.

The Dubs, who beat Antrim and showed up well against Clare in defeat last week, can keep this closer than the market suggests.

Tipperary have the chance to end the league atop division 1A with a win at Waterford on Sunday and a favourable result in Cork's clash with Galway.

The Deise, who took the notable scalp of Limerick in their previous home outing, deserve credit for putting up a very healthy 3-23 in defeat to Galway last time but Tipperary have the tools to cause similar problems in attack.

Another high-scoring encounter could be on the cards and over 52.5 points looks an achievable marker.

How Cork didn't score more than two goals in their heavy defeat to Limerick last week was astonishing as they had a number of chances that could have struck the net, while Galway raised four green flags last time in their score-fest with Waterford.

The two sides have scored a combined total of 25 goals in eight games between them and going over in the goals market offers a tempting avenue of interest.

FIRST PUBLISHED 5:10PM, JUN 11 2021
Another high-scoring encounter could be on the cards and over 52.5 points looks an achievable marker