Lewis Hamilton looks set to end the season in style 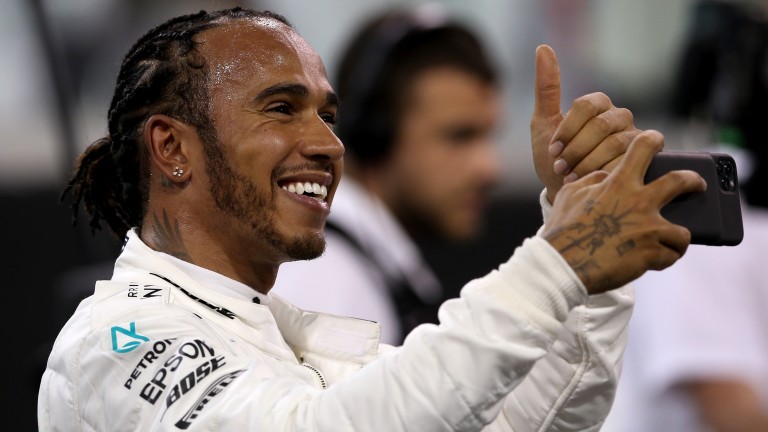 Lewis Hamilton ended a run of nine races without a pole position
Charles Coates
1 of 1
By Adam Scriven 5:24PM, DEC 1 2019

Lewis Hamilton is 8-15 to end his sixth championship-winning season with victory in the Abu Dhabi Grand Prix.

The Mercedes driver stormed to pole position – his first in ten races – and will share the front row with Max Verstappen.

To underline Mercedes’ dominance, Hamilton’s teammate Valtteri Bottas qualified second fastest, but will start from the back due to a penalty.

Mercedes look to have a clear performance advantage at Yas Marina and anything other than a comfortable win for Hamilton would be a surprise.

It's the last pole lap we'll see until March

But it looks *really* cool under the lights

Go onboard with @LewisHamilton as he storms to pole in Abu Dhabi #AbuDhabiGP  #F1 @pirellisport pic.twitter.com/GidWMh7O8E

As this is the last race of the season the Brit has no need to preserve his engine for future events and he’ll be keen to send a message to his rivals.

Hamilton won the British Grand Prix by 25 seconds in the summer, while Bottas triumphed in Japan last month by 13 seconds, so the odds about a winning margin of at least eight seconds look attractive.

The Canadian did a fine job to qualify 12th, two places behind his Racing Point teammate Sergio Perez, who has scored points in his last five races. Back both to end up in the top ten this time.

Mercedes’ decision to run Bottas to the end of qualifying means he will have to start on used tyres and have no strategical advantage on the cars ahead of him.

Reaching the podium is likely to prove beyond him despite a significant pace advantage over the majority of the field.

Sebastian Vettel finished fourth at the track after starting 15th in 2015, the same finishing position Daniel Ricciardo managed after beginning from the pitlane the year before.

Backing Bottas at 9-1 to end the race in fourth place looks a more interesting bet than the 7-2 about the Finn making the podium.