The Hundred predictions and cricket betting tips: Brave backers may be rewarded

Inaugural title could be heading to Hampshire 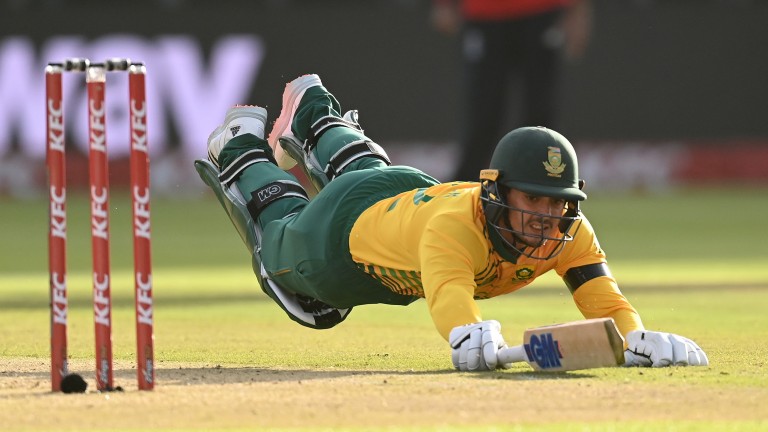 The Hundred's men's competition makes its belated arrival on the cricket calendar on Thursday and, in a tricky heat for punters, Southern Brave look serious contenders for the inaugural title.

Postponed for a year due to the Covid-19 pandemic, The Hundred has been hit by the withdrawals of some of its biggest overseas names and there is likely to be more coronavirus-related disruption to the squads during the tournament.

However, Southern Brave – based at the Rose Bowl in Hampshire – have great strength in depth and three-time IPL-winning coach Mahela Jayawardene at the helm.

Experienced spinners Danny Briggs, Liam Dawson and Max Waller balance the Brave bowling attack nicely and they are worth backing to see off rivals including the dangerous Trent Rockets.

Northern Superchargers, with South Africa veteran Faf du Plessis captaining the side, should also go well and Yorkshire youngsters Harry Brook and Jordan Thompson are worth watching after some scintillating T20 Blast innings.

Oval Invincibles and Manchester Originals, who meet in the opening men's game on Thursday, are respected by bookmakers although Surrey, who provide the core of the Invincibles' squad, failed to make the T20 Blast knockout stages.

Birmingham Phoenix will need big performances from England's Moeen Ali and Liam Livingstone if they are to win the trophy.

Welsh Fire's bowling may not be able to live up to their exciting batting unit while London Spirit's top order could be depleted by England call-ups for Zak Crawley and Dan Lawrence for next month's Test series against India.

Each batting side faces 100 balls per innings. Bowlers are permitted to deliver 20 balls in an innings, sending down either five or ten consecutive deliveries before a change of end.

The first 25 balls of the innings are the Powerplay period in which only two fielders are allowed outside the 30-yard circle.

The eight teams face each other in a round-robin league stage with the top three qualifying for the playoffs. The top team in the league goes straight into the final where they take on the winners of the semi-final between the second- and third-placed sides.