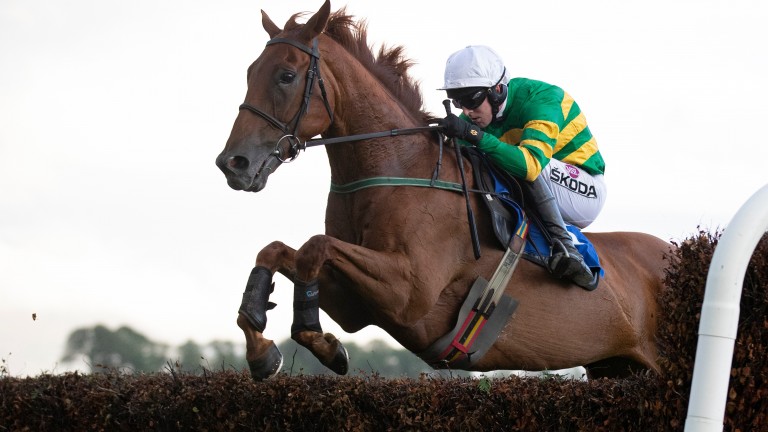 Movewiththetimes: on his way to winning at Killarney last month under Mark Walsh
Patrick McCann (racingpost.com/photos)
1 of 1
By David Jennings UPDATED 7:40PM, SEP 10 2019

You have to rewind all the way back to Northern Alliance in 2009 to find the last winning favourite of the Kerry National, but few market leaders have arrived with such rock-solid credentials as Movewiththetimes, who has not been penalised for his stylish success in a beginners' chase at Killarney last month.

That six-length stroll was a belated first win over fences for Movewiththetimes and ended a drought which stretched all the way back to December of 2016 at Wincanton where he won a novice hurdle.

It has certainly taken him longer than expected to start fulfilling his potential but the ease with which he travelled at Killarney, and his fluent jumping, suggested Movewiththetimes is ready to start making up for lost time. 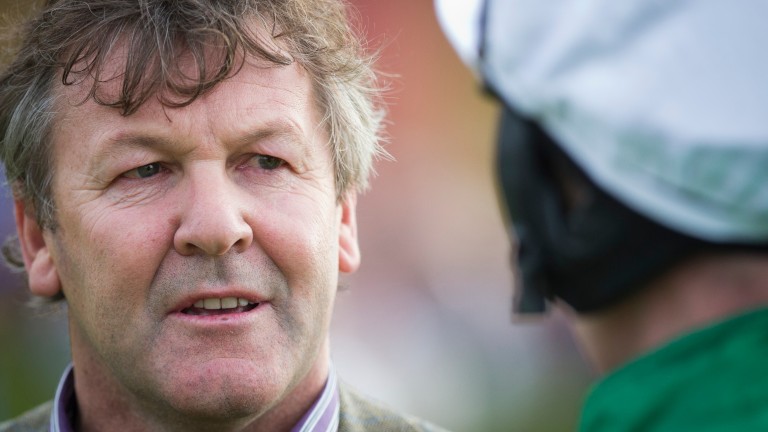 Enda Bolger: pleased with the condition of Movewiththetimes
Patrick McCann

Movewiththetimes is rated 135, 5lb lower than the mark he ran off in the Close Brothers Novices' Handicap Chase at Cheltenham in March on his final start for Paul Nicholls. Not only that, but the 3lb claimer Darragh O'Keeffe has been booked.

Trainer Enda Bolger said: "Hopefully the rain stays away as it seems to be lovely jumping ground at the moment. He came out of Killarney in good shape. He had a look at the first fence but otherwise he was good. He can miss out the odd one as you saw at Galway, but he has a nice racing weight and I'm very happy with him."

Barra could be best of Elliott quartet

Recent history suggests you need a Gigginstown-owned horse trained by Gordon Elliott, so that would narrow the search down to two.

The O'Leary brothers have seen their colours carried to victory for three of the last four years and Elliott trained the winner in 2016 and 2017 thanks to Wrath Of Titans and Potters Point, who were both ridden to victory by Lisa O'Neill.

Elliott has booked 7lb claimer Hugh Morgan for Barra, who was an unlucky final-fence faller in the Midlands National at Kilbeggan in July when having the race at her mercy. A Toi Phil, the mount of Jack Kennedy, also represents the top combination. 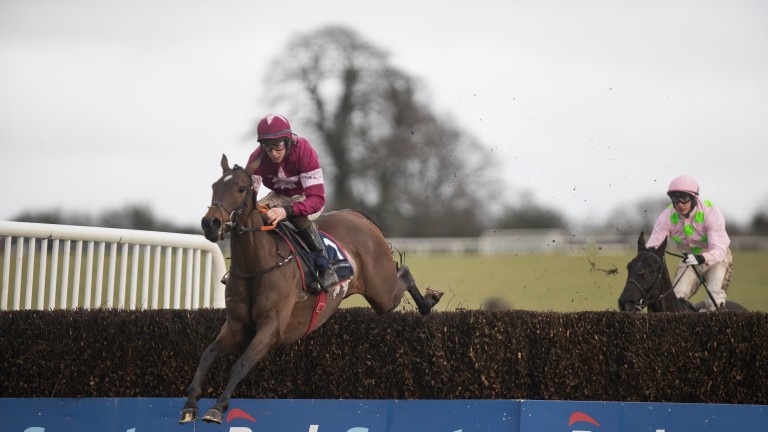 "I'd say if Barra came back to the form she showed in the Midlands National she might be the best of mine," said Elliott. A repeat of that run would have to give her a great chance. A Toi Phil would have a small squeak if he put it all together over fences, but it's been a while since he's done that."

On his other runners, Ravenhill and Swingbridge, the trainer said: "Swingbridge is either very hot or very cold. He's been out of sorts of late but is a decent sort on his day. Ravenhill ran very well to finish fifth in the Galway Plate and a repeat of that would put him in the mix."

Claim is the best way to find fame

Three of the last four winners of the Kerry National have been ridden by claimers.

Lisa O'Neill took 7lb off Wrath Of Titans in 2016 and claimed 5lb when she was successful on Potters Point the following season, while Ger Fox was a 3lb claimer when he guided Rogue Angel to glory in 2015.

There are three riders who can claim this year as Darragh O'Keeffe partners likely favourite Movewiththetimes, which will see him carry just 9st 13lb. Kevin Brouder takes 5lb off the John Ryan-trained Icantsay and 7lb claimer Hugh Morgan will be on board Barra for Gordon Elliott.

Willie Mullins, trainer of Yorkhill, Some Neck and Pravalaguna
It was great to get Yorkhill's head back in front at Galway and this track is sure to suit him much better. I'm back pleased with him again now. Some Neck stays all day and this is sure to be run at an end-to-end gallop so, if he jumps better than he did at Galway, he'll hopefully be there at the business end. Pravalaguna got back to winning ways over hurdles at Cork and a similar showing to her Galway Plate run would give her a chance.

Joseph O'Brien, trainer of All The Answers
He has been in good form at home since Galway. Obviously he is stepping up to three miles for the first time but, if he does stay, you would like to think he has got his chance. It's a nice big pot and he deserves a crack at it.

John Ryan, trainer of Icantsay
I'd be hoping if he could repeat his run in the Blazers at Galway that he would be a live one. He loves it around Listowel and has never been out of the first three there. He has a nice low weight and Kevin Brouder takes off another 5lb so I'm very hopeful of a big run.

FIRST PUBLISHED 6:00PM, SEP 10 2019
He can miss out the odd one as you saw at Galway, but he has a nice racing weight and I'm very happy with him