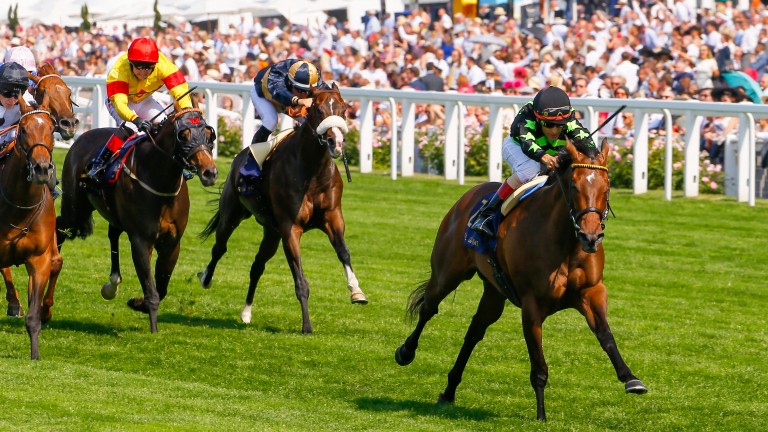 Lady Aurelia completed one of her last pieces of serious work at Keeneland on Friday as preparations hot up in her bid for a third successive win at Royal Ascot next month.

Last year's King's Stand winner was one of a group of Ascot-bound Ward runners to work on Friday, clocking a time of 60.4 seconds on firm turf at Keeneland and easing several lengths clear of stablemate Hemp Hemp Hurray, who will run in the Jersey or Commonwealth Cup.

Ward declared himself happy with all of his travelling band and said: "I can't wait to go."

He said his horses will work for a final time next Friday before they fly to Britain on June 4, 15 days before the start of the royal meeting.

Also among the workers on Friday were Bound For Nowhere, last year's Commonwealth Cup fourth, who is bound for the Diamond Jubilee and clocked a minute flat under Adam Beschizza.

Ward has won nine races at Royal Ascot, the first coming when Strike The Tiger landed the Windsor Castle Stakes in 2009. Lady Aurelia is 7-2 second favourite to defend her King's Stand crown, just behind Battaash.