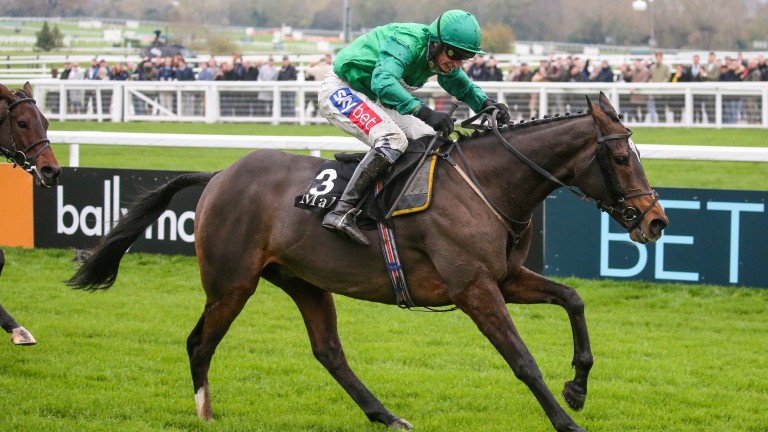 The Nigel Twiston-Davies-trained Wholestone justified 13-8 favouritism in the 3m novice chase despite showing weariness in the closing stages.

The eight-year-old travelled smoothly throughout and eased between pace-setting pair Poker Play and Redzor round the home turn before holding off the fast-finishing Rockpoint up the hill.

Winning jockey Daryl Jacob told Racing TV: "It probably wasn't one of my finest hours in the saddle to be honest but we got away with it. He did a lot of things right today even though they didn't go that quick up front.

"I was there far too soon today but he's got plenty of class. He showed how good he was over hurdles, jumping fences is harder for him but he's getting the hang of it slowly. He's improving with every run and hopefully he can continue to do that this season."

Paddy Power introduced the winner at 20-1 for the 2m5f JLT Novices' Chase, while Betfair Sportsbook went 25-1 first show for the RSA Chase.

Thyme Hill was cut into 12-1 by Paddy Power for the Grade 1 Ballymore Novices' Hurdle in March after a strong staying display at Cheltenham under Richard Johnson.

The 11-8 favourite took up the running after the second last and proved too strong for runner-up Champagne Well, for what was in the end a convincing three-length success.

The Kim Bailey-trained Happygolucky was third. 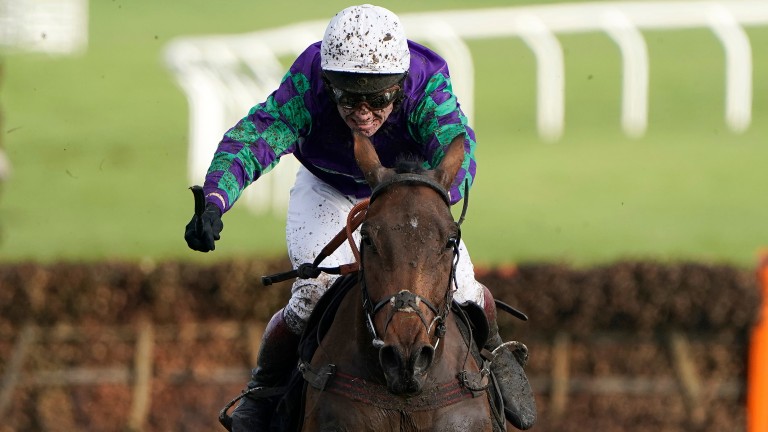 A step up into Grade 1 company looks to be next on the agenda for the five-year-old, and trainer Phillip Hobbs saidto Racing TV: "I wasn't really too concerned about the ground because his best form, at Chepstow last time and at the festival here, came on soft ground.

"He's at the fore of our novice team, he's not the biggest in the world but he's very genuine, very tough and he copes with the ground. The obvious next stop would the Challow Hurdle at Newbury."

The Grade 2 JCB Triumph Trial Juvenile Hurdle turned into a procession as the front-running Allmankind put his nine rivals to sword in impressive fashion under Harry Skelton. 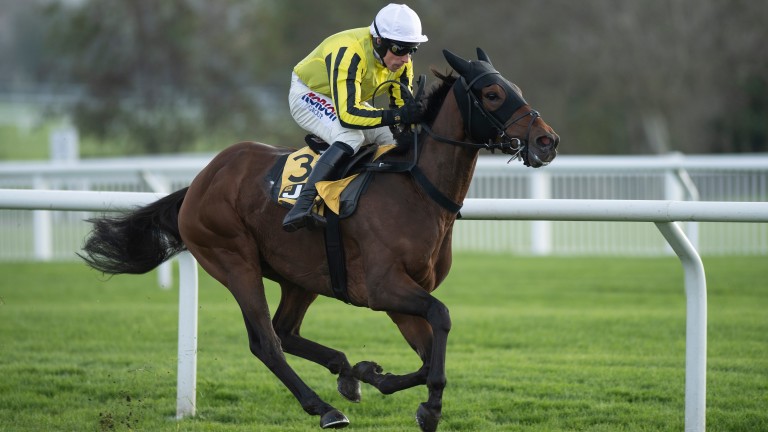 The Gredley-owned three-year-old, backed into 11-4 before the off, was keen early and raced into a large lead but kept plenty in the tank to hold off Botox Has in second. Repititio, trained by Nigel Hawke, was third.

FIRST PUBLISHED 12:22PM, NOV 16 2019
He's not the biggest in the world but he's very genuine, very tough and he copes with the ground

'Horses make a fool of you' - Angel Bleu makes quick reappearance a winning one First Group 1 for Alan King as Trueshan relishes conditions in Goodwood Cup Rooster Booster: a moment of glory wanted by all but expected by none