What they say: get all the angles on the heritage handicap 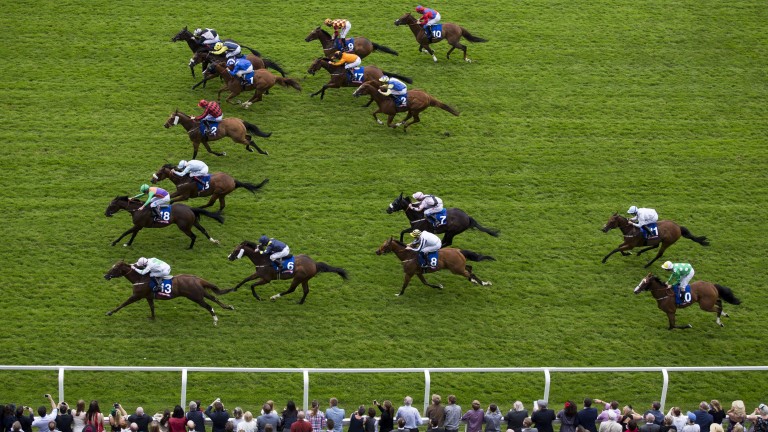 1. Last year's first three all arrive in good form for the rematch, but while Royal Birth and Lexington Abbey will race from similar positions towards the stands' side, head runner-up Robot Boy is out on a limb this time in stall 1.

2. Many punters have Orion’s Bow high on their list of horses to follow this summer – and justifiably so – following his eyecatching third as 2-1 favourite in Newcastle’s Gosforth Park Cup recently.

3. Edward Lewis has thrived under David O’Meara’s tutelage this season, winning sprint handicaps at Beverley and Lingfield prior to finishing a close sixth behind stable companion Out Do in Royal Ascot’s Wokingham.

4. Polybius, who finished just ahead of Edward Lewis in fourth place at the Royal meeting, remains lightly raced for his new trainer David Simcock, and this rates an excellent opportunity.

Mick Appleby, trainer of Danzeno
He likes Ascot and I don't think dropping back in trip will be a problem to him there. He should run well.

Tim Easterby, trainer of Orion's Bow
He got no run at all at Musselburgh and was then unlucky not to win the Gosforth Park Cup. He's in very good form and has a good chance with any luck.

William Haggas, trainer of Squats
He is very good at Ascot but he is only running over five furlongs, which is a bit short for him. He hasn't run very well this year so we are trying something a bit different.

David Simcock, trainer of Polybius and Doctor Sardonicus
Polybius hasn’t let us down in the four races since he came here. He ran a super race in the Wokingham. The stiff five furlongs at Ascot should him, but he needs things to go his way. Doctor Sardonicus seems in good order too. He’s had a break and hopefully heads to Goodwood for the Stewards’ Cup. His work has been good.

Ruth Carr, trainer of Pipers Note
He's been in good form recently and ran as well as could be expected against Magical Memory at Haydock. He deserves a place in a £100,000 race and fingers crossed he'll bring home some prize money.

David O’Meara, trainer of Edward Lewis
He is in good form and should run well. He is versatile in terms of trip and ground.

Stuart Williams, trainer of Royal Birth
He won the race last year and we've aimed him at it again. He's got a similar draw to last year, which I hope is a good draw again, and he goes there in good form after a nice run at Chelmsford last time, where he was coming off a break.

Henry Candy, trainer of Son Of Africa
He just needs everything to go right for him. He have to drop him out and get him to relax a bit and it is luck whether he gets a run or not. He is in good form and perfectly capable of winning a race like that.

FIRST PUBLISHED 6:00PM, JUL 14 2017
He won the race last year and we've aimed him at it again. He's got a similar draw, which I hope is a good draw again, and he goes there in good form