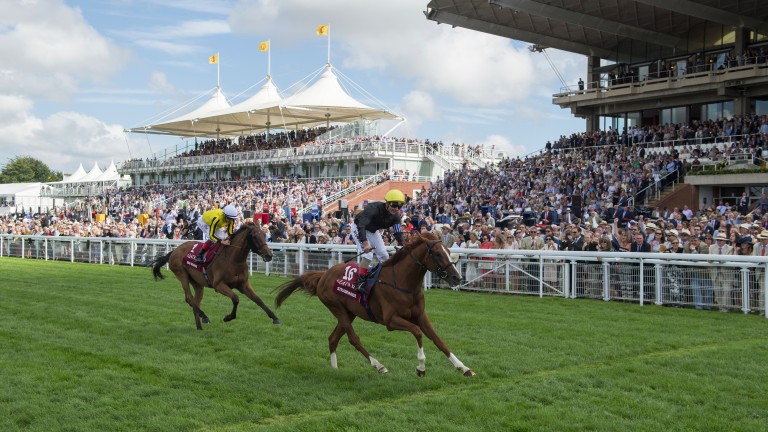 There are different ways to lose. There are capitulations, there are calamities and then there is what Big Orange did at Goodwood: going down with honour after giving it your all.

The form book will show that the John Gosden-trained Stradivarius, one of two three-year-olds receiving 13lbs from the older horses, was almost two lengths better at the final reckoning, announcing himself as a stayer to watch and prompting William Hill to make him a best-priced 5-1 for the St Leger, which they sponsor.

But while Big Orange was denied in his bid to make history and become the first horse to win the Goodwood Cup in three consecutive years he went down the right way, with all the fight and enthusiasm of a horse whose front-running exploits and never-say-die attitude has won him a devoted following.

"He's run a huge race and I'm very proud of him," said his trainer Michael Bell. "Of course there's a sense of disappointment because we wanted him to win, but equally he's run his heart out so you can't be disappointed with the way he's run.

"Giving weight away on ground that wasn't perfect for him wasn't ideal, but he's run a great race in defeat.

"I'm very proud of how he ran, he laid it down there and looked like winning and then the three-year-old just came and got him."

For much of this marathon contest Big Orange looked to be in complete control. The big horse was urged into an early lead by Frankie Dettori, back on board after James Doyle deputised to take Gold Cup victory at Royal Ascot, and travelled powerfully through the race.

He led into the straight, led as others began paddling away in his wake and led into the final two furlongs. But then, just as history seemed to be there for the making, Stradivarius delivered his scene-stealing performance.

Having been delivered from deep by Andrea Atzeni, who had won the preceding two races and was to win the closing contest as well, Stradivarius came through on the far-side to challenge Big Orange, who had been angled towards the centre of the track.

It was a canny move because it meant Dettori had to head back towards the rail to face up to the interloper and bring Big Orange's famous fighting qualities to bear, but once battle was joined even this warrior could not hold off Stradivarius, both horses staying on stoutly to the line but the honours justly going to the younger horse.

"Big Orange has a huge heart and he's run with it again but he's run into a three-year-old who is getting 13lb off him," said Gosden.

"Our fella stayed it out well, I knew he'd get the trip. We'll go to the St Leger now.

"It's a race I love and is a mile and six and a half furlongs round Donny, which is about a similar test as it's an open galloping track, whereas here is all interesting zig-zags and bends." 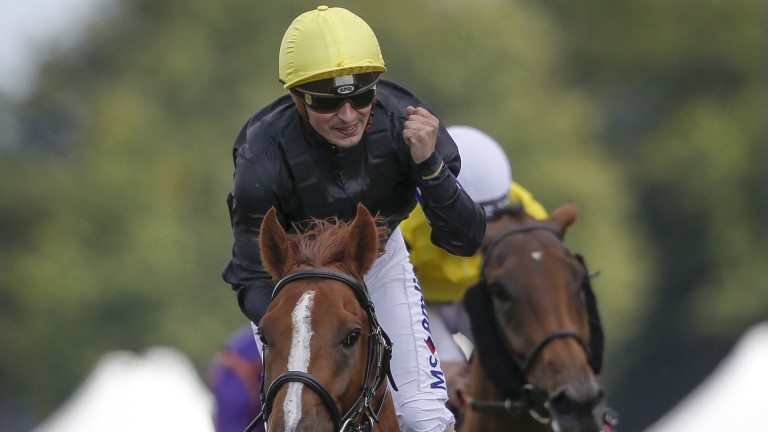 Stradivarius' involvement in the race was down only to a suggestion by Gosden's office manager, which the trainer initially dismissed as unhinged.

"It is full marks to Peter Shoemark, our racing office manager, because he was the one who suggested this entry. I said, 'Are you mad?'

"But then I thought about it and thought, hang on, he'd have to give weight with a Group 2 penalty anywhere else, and running in anything like the Voltigeur or a handicap he'd have the penalty. It's Peter's victory this one, not mine."

A magnanimous winner and a gallant loser. This was not the Goodwood Cup result many wanted, but sometimes second best is still plenty to celebrate.