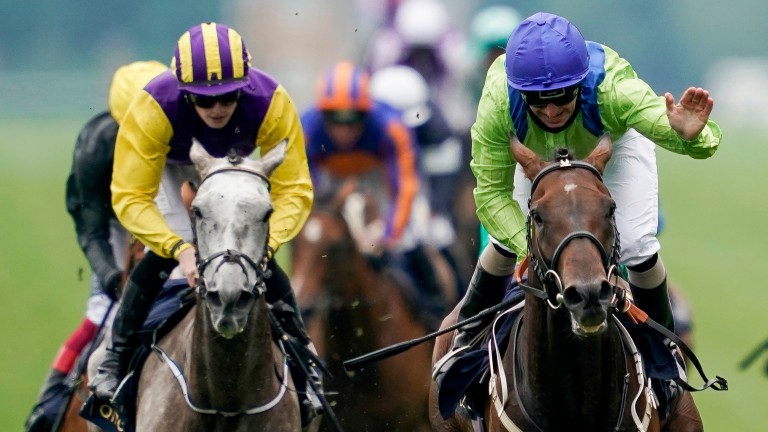 'The interference robbed us of what might have been a classic'

It's hard to say with any certainty.

Stradivarius was definitely unlucky and would have finished a lot closer to the winner with a clear run but who knows whether he would have won.

The interference robbed us of what might have been a classic. Subjectivist is a far more straightforward ride and will be able to dictate matters again, but Stradivarius has blown away some similarly talented rivals in the past with his smart turn of foot and might be able to do so again. I guess we'll just have to wait and see.

'You underestimate Subjectivist at your peril'

Stradivarius was undoubtedly hemmed in at the wrong moment but I think you underestimate Subjectivist at your peril.

He's beaten a wide range of stayers in widely differing conditions. At Longchamp, he won despite half pulling a shoe off and at Meydan he broke Vazirabad's track record.

He seems impervious to ground and at the age of four has plenty of scope for further improvement.

'I would probably side with Subjectivist'

This comes down to a proven commodity against an improving asset. Subjectivist was truly dominant in a race where he had prime position on the pace before getting first run.

Meanwhile, Stradivarius was always going to need a big dose of luck being tucked in against the rail in the rear third of the chasing pack.

A rematch would almost certainly be a watching brief for me but on balance I would probably side with Subjectivist, who is without question the coming force of a staying division that simply has not been up to challenging Stradivarius's dominance until now.

FIRST PUBLISHED 6:45PM, JUN 17 2021
The interference robbed us of what might have been a classic

Charlie Appleby outlines plans for top three-year-olds Adayar and Hurricane Lane 'Horses make a fool of you' - Angel Bleu makes quick reappearance a winning one First Group 1 for Alan King as Trueshan relishes conditions in Goodwood Cup Stradivarius misses historic Goodwood Cup bid due to 'bottomless' ground One trainer, one jockey, one horse and one race to watch at Glorious Goodwood What's on this week: Glorious Goodwood, Galway festival and the Racing League