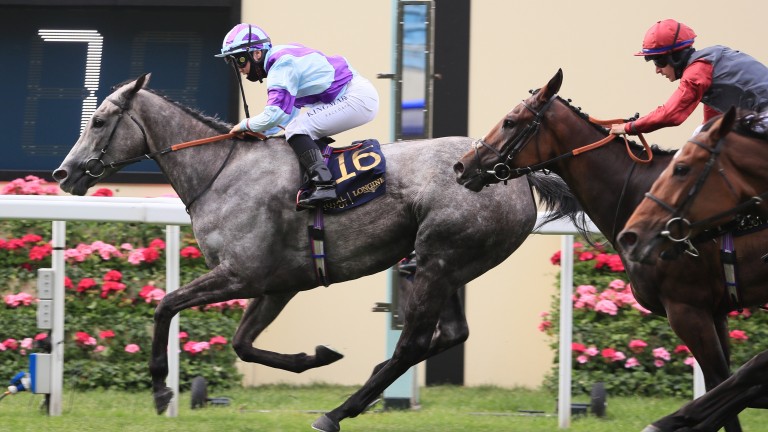 Lola Showgirl put on a dazzling front-running charge to land a first Royal Ascot win for Laura Pearson in the Kensington Palace Stakes.

The four-year-old filly set the pace and was able to hold off the challenge of Ffion at the two-furlong marker, giving trainer David Loughnane a one-two in the race.

Speaking to ITV Racing, Pearson said: "I don’t even know what to say, it’s just quite incredible really. I never thought it would ever happen.

"It was an absolutely lovely run, she bowled out and got into a lovely rhythm. She’s been running over seven but Mr Loughnane said she’d want every stride of the mile, and she just kept plugging on for me."

Success in the inaugural Kensington Palace Stakes made it back-to-back wins for the 12-1 shot, who won at York last month.

A stewards' inquiry was called following the race after Godolphin’s Stunning Beauty was left in the stalls due to malfunctioning starting equipment.

Despite Silvestre de Sousa calling for the race to be held, runners were sent with Stunning Beauty left in the stalls.

She eventually set off on the course, but was pulled up shortly after, with the steward’s inquiry ruling that the horse was deemed to have started the race.

Pearson became the fourth female jockey to win at Royal Ascot. She said: "Hollie [Doyle] and Hayley [Turner] have completely opened the doors for the rest of us, and really allowed us to run through it and I am thankful for them."

Chipotle, the first juvenile winner of the season in Britain, continued his progression when surging home late to win the Windsor Castle Stakes.

Winner of the Brocklesby in March, 22-1 shot Chipotle got up under Charles Bishop on the far side to beat Dig Two, Boonie and Bond Chairman.

It was Bishop's second winner at the royal meeting and both have come for Chipotle's trainer Eve Johnson Houghton, with the pair also combining three years ago for a shock Queen Anne success with Accidental Agent. 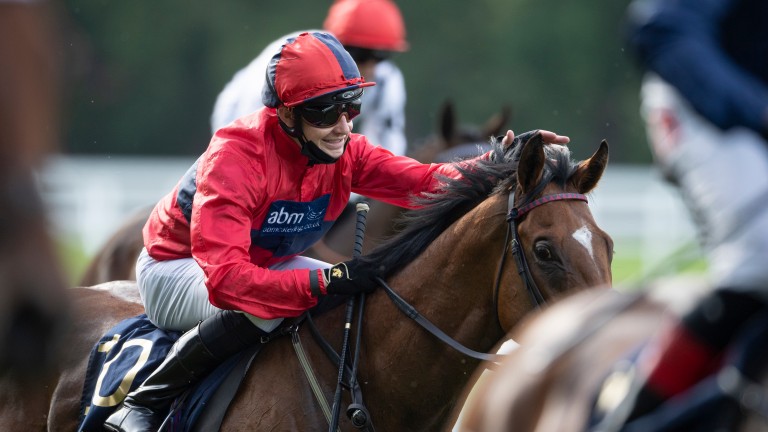 Bishop told ITV Racing: "All credit to the trainer I say, I’ve only had two winners here [at Royal Ascot] and they’ve both been hers. She’s unbelievable."

Owned by The Woodway 20, Chipotle only cost 10,000gns as a yearling but had already shown his liking for the Berkshire track when winning over course and distance in April.

A subsequent below-par effort in the National Stakes was put down to softer conditions, but there was no such issue on the rattling fast turf here. The purchase price now seems a bargain too after scooping the £38,480 first prize.

Bishop added: “We were very disappointed at Sandown [when sixth in the National Stakes], we thought he was very good. The ground just completely blunted his turn of foot but there were no excuses today.

“It’s not very often you get a run like that here at the royal meeting but I had the horse to go through the gaps. He was very brave and I almost got there too soon but thankfully he held on.”

Pioneering US trainer Wesley Ward’s first Royal Ascot win came in the Windsor Castle in 2009 and his favourite Ruthin ran well before fading into seventh late in a race where the protagonists finished on opposite sides of the track, while heavily gambled debutant Kaboo – backed into 15-2 from a morning price of 25-1 and bigger in the preceding days – could only finish sixth.

Marco Ghiani claimed his first Royal Ascot winner in impressive fashion as Real World tore away from the field to take the Royal Hunt Cup.

The 18-1 winners blitzed away from his rivals to take a commanding win from favourite Astro King, with the Andrew Balding-trained Grove Ferry in third. 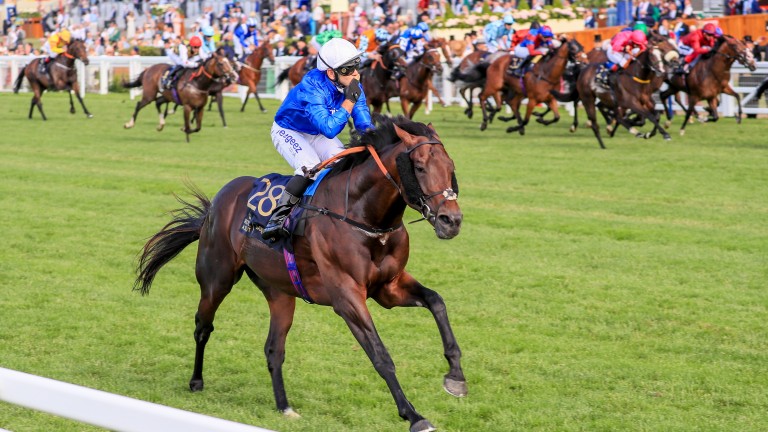 With a low draw, it seemed like a daunting task for Ghiani, but the four-year-old travelled strongly and never looked like being caught.

Astro King and Grove Ferry chased on the near side, but were unable to make an impression on the winner, who claimed a four-and-three-quarter length win.

Ghiani said: “It was beautiful, I didn’t expect to have won that easily. I thought he had a good chance when I went to ride him yesterday, and I was really happy with that so I was pretty confident with him and he did it. I can’t believe it yet, but I feel amazing.”

It was a first success for the Saeed bin Suroor-trained Real World since he scored on his debut in October.

The trainer said: “I asked Marco to come sit on him. He’s a young jockey but he’s very good, and I said to him if you want to be famous you have to win this race. He won it well and I’m very happy for him.

“He’s an improving horse, he showed his class and is going to be a nice horse for the future. This is the first race for him on the turf, and he timed it really well even with the faster ground.”

The win was Godolphin’s second of the day following Kemari's victory in the Queen’s Vase for Charlie Appleby.

FIRST PUBLISHED 5:15PM, JUN 16 2021
I don’t even know what to say, it’s just quite incredible really. I never thought it would ever happen