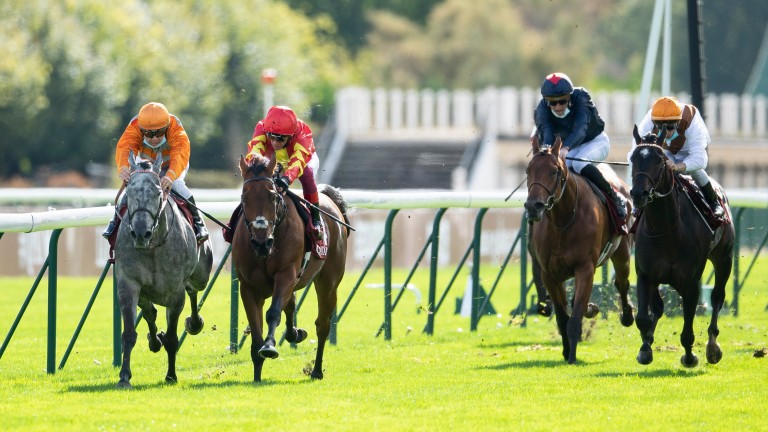 The Wolferton is high on the shortlist of races that deserve an upgrade to Group 3 status. The Listed contest, which is for middle-distance performers who have not won at Group 1 or 2 level after August 31 last year, regularly attracts top-level horses and this year is no different.

Brigadier Gerard winner Euchen Glen and Winter Derby hero Forest Of Dean head the weights with their 5lb Group 3 penalties. The pair are best known for their exploits on different surfaces than they will get here but their talent is not up for debate. Both would have leading claims in a standard Listed contest and may be overlooked in this field.

That won't be the case for Patrick Sarsfield, who is the sole Irish-based runner in the field. That factor alone will lead to him being overbet, but he has a solid form chance too.

His German Group 1 third behind Barney Roy and Longchamp second to Skalleti showcased his talent at higher levels last year. He was unlucky not to make a winning reappearance in the Orby Stakes and is sure to improve with the race under his belt. The booking of Tom Marquand increases enthusiasm.

William Buick, the only jockey to have won this race on two occasions, will partner impressive Epsom handicap scorer Blue Cup, who will benefit from a fast gallop.

Ryan Moore, who took this on Sir Isaac Newton in 2016, rides Solid Stone, whose half-sister Field Of Miracles finished a close second in the Ribblesdale at this meeting in 2011.

All-weather improvers Felix and Dawaam have plenty to prove on the switch to turf, especially the latter, who has beaten just one rival in two starts on grass. Fox Tal, third in a Group 1 in 2018 and fourth in the 2019 Champion Stakes, is a bounce-back candidate if he settles in the early stages.
Race analysis by Tom Collins

It may be Royal Ascot, but Jim Goldie already has one eye set on another big-race target at the Berkshire track for Euchen Glen should he add yet another valuable contest to his glowing CV.

Euchen Glen bounced back to his best when an easy winner of the Brigadier Gerard Stakes last month when sent off the 20-1 outsider of the field. His latest victory has left Goldie considering a tilt at the top races for his stable star.

"A Royal Ascot win with him would mean a lot, but I'd quite like a King George winner too – that's maybe next on his CV!" he said. "We didn't enter him but if he was to be successful here we may have to supplement him. It could be an expensive day out if we win.

"He's a legend in the yard and has got a countrywide reputation now. I haven't run him on good to firm ground in a wee while but it should be fine. He's a superstar."

Joseph O'Brien, trainer of Patrick Sarsfield
He had a lovely comeback run at the Curragh and we think the ten furlongs here will suit him well.

John Gosden, joint-trainer of Forest Of Dean
He's well drawn in stall one but does carry a rather hefty penalty for winning the Winter Derby. That makes it tough for him and there are only so many races he can go for.

Roger Varian, trainer of Father Of Jazz
He didn't behave terribly well at Doncaster and has been gelded since. He's a talented horse on his day but will be better on softer ground. It's a tough race but he's training nicely and hopefully he'll run very well.

Bruce Raymond, racing manager for Saeed Suhail, owner of Solid Stone
He's working exceptionally well. I wasn't expecting him to win at Windsor, where the ground was on the softer side and he came on the opposite side to everyone else. He's definitely improved since that run and is going the right way. He's got a good chance in a very competitive race.

Brian Meehan, trainer of Palavecino
He ran a good race at Chester on ground that was too soft for him, which puts him right in the reckoning. He likes top of the ground and is in very good form. I can't believe his price – he has good form, he's so consistent and this is the perfect race for him.

Kevin Ryan, trainer of Juan Elcano
He's had wind surgery since his first run back and he's very well. We're very happy with him – he has a lot of ability and hopefully he can get back to his best.
Reporting by Matt Rennie

FIRST PUBLISHED 6:00PM, JUN 14 2021
I wasn't expecting him to win at Windsor, where the ground was on the softer side and he came on the opposite side to everyone else

Willie Mullins could be the man to beat again with talented Micro Manage Are we ready for another Menuisier gamble? Nuits St Georges bids for a hat-trick Who would come out on top in a repeat of last year's finish? Here's the verdict Is Baaeed a Group 1 horse in the making? Graeme Rodway gives his verdict 'We're hoping for a bold run' - leading trainers on their Golden Mile contenders 'He's ready to win if things go right' - trainers on the opening TV handicap