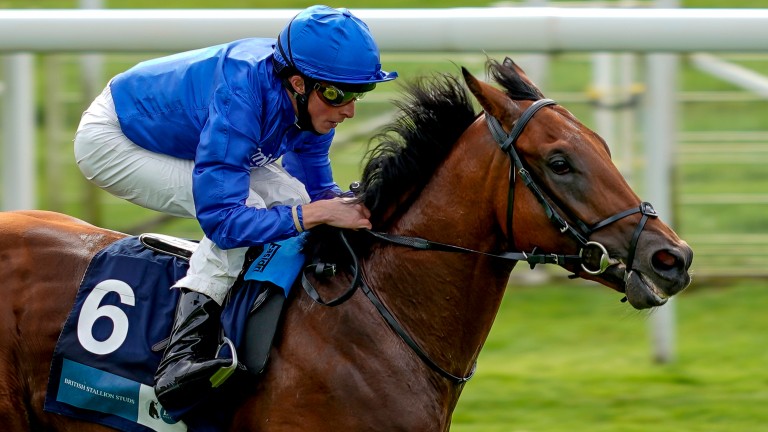 The Jersey Stakes might hold only Group 3 status but it is generally contested by horses capable of going to the top and Group 1 form has been key to finding the winner.

Six of the last ten winners were dropping in class after competing at the highest level in Britain and Ireland on their previous start, and those six scorers came from a pool of just 33 runners (18 per cent). Furthermore, those 33 beat an average of 59.6 per cent of their rivals.

A £1 bet on each would have made a profit of £31 and that doesn’t even include Le Brivido, who justified 2-1 favouritism in 2017 after finishing second in the French 2,000 Guineas.

Naval Crown didn’t just compete in a Group 1 last time, he almost won one. He raced freely in front in the 2,000 Guineas at Newmarket and briefly looked likely to hold on entering the final quarter-mile, only to be run down in the final furlong, finishing fourth to Poetic Flare.

Naval Crown was just a place behind Lucky Vega and that form is strong. Poetic Flare and Lucky Vega finished first and second in the Group 1 St James’s Palace here on Tuesday.

The drop to seven furlongs promises to suit Naval Crown and he looks the class angle. 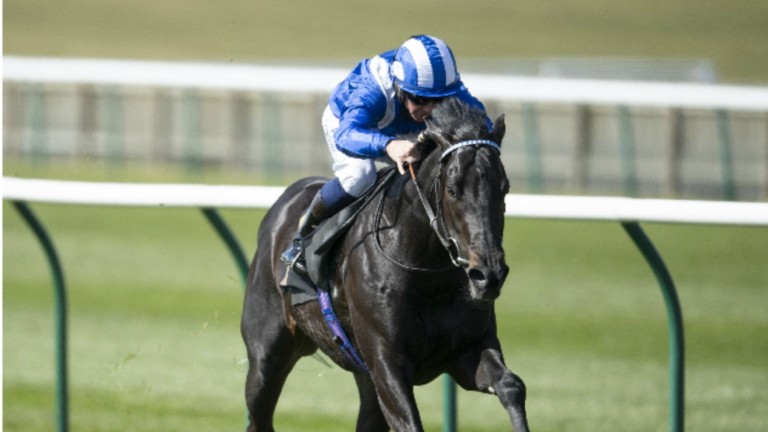 Mutasaabeq was supplemented for the 2,000 Guineas and now heads to the Jersey Stakes
Edward Whitaker

Mutasaabeq finished three places behind Naval Crown in the Guineas and is less exposed. He was having only his third start, so lacked experience in the opening Classic.

Charlie Hills saddled Dutch Connection to win this race in 2015 after finishing seventh in the 2,000 Guineas. Mutasaabeq did it at an earlier stage of his career though, and is rated 1lb higher than Dutch Connection was before his Jersey on RPRs.

Vadream finished sixth in the 1,000 Guineas at Newmarket on her latest start and the six fillies who contested this race after running in a Group 1 in Britain or Ireland on their last outing in the last ten years finished 120637. It’s nine years since the last filly to win and that was Ishvana at 20-1 in 2012 after finishing second in the Irish 1,000 Guineas.

Legion Of Honour − ninth in the 2,000 Guineas at Newmarket – and New Mandate are the others who come here straight out of Group 1s and New Mandate returns from 225 days off.

Only one winner was making their reappearance in the last ten years and that was Molatham in 2020. However, that result should probably be considered an anomaly as the season didn’t start until June 1 due to Covid-19, so most of last year’s runners were seasonal debutants.

Up-and-coming French trainer Yann Barberot runs Fast Raaj, who won a Deauville Group 3 last time. Fast Raaj will be Barberot’s first Royal Ascot runner and only his second in Britain. His first, Cry Baby, was a 25-1 fourth on All-Weather Finals day at Lingfield in 2019.
Race analysis by Graeme Rodway

Appleby hoping for repeat of Guineas run from Naval Crown

Charlie Appleby has yet to win the Jersey but has two leading chances to change that run in Naval Crown and Creative Force.

Naval Crown has Classic form after a front-running fourth in the 2,000 Guineas, and also has a verdict over Master Of The Seas at Meydan in February.

"Naval Crown produced an excellent run in the 2,000 Guineas and dropping back to seven furlongs will suit," said Appleby. "A repeat of his Newmarket performance should make him a leading contender."

Naval Crown didn't appear in love with heavy conditions at Saint-Cloud behind Normandy Bridge last October, although that was over a mile. 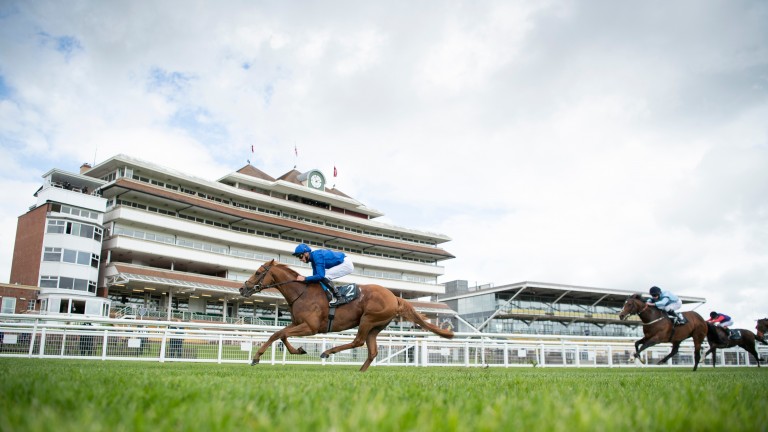 Creative Force has blossomed over six furlongs this spring and the form of his handicap win at Newmarket – middle leg of three straight successes – was boosted by runner-up Perotto on Thursday.

"Creative Force has proved very consistent over six furlongs so far this season and heads into this in good order," said Appleby. "He won with some cut in the ground at Newbury last time and we are hopeful with his breeding that he will stay this distance."

Yann Barberot, trainer of Fast Raaj
I was really pleased with his last piece of fast work on the turf straight last week and he just had a gentle breeze on the all-weather on Tuesday. It's an open race with no standouts and no back numbers either. He ran well on heavy ground when he made his debut at Compiegne, so we'll see.

John Gosden, joint-trainer of Fundamental
This has been the plan since he finished second in the King Charles II Stakes at Newmarket and we feel seven furlongs is his best trip. He has a low daisy-cutting action, so we are hopeful he can handle the ground rather than confident.

Jessica Harrington, trainer of Ace Aussie
He will hate this ground, so I'm not sure whether he will run or not. He likes it fast, so we'll have to wait and see whether we will let him take his chance.

Aidan O'Brien, trainer of Khartoum
I didn't think he wanted soft ground but he handled it well at Naas and we'd be hopeful he will cope. He's progressing nicely.

Angus Gold, racing manager to Shadwell Estate, owner of Mutasaabeq
He had a little break after the Guineas and he's been in great form, so everyone is very happy with him. He won on pretty bad ground last year, so I don't think that will necessarily hinder him. Quite a lot of Invincible Sprit's progeny want a bit of ease in the ground and Ghanaati won on easy ground.

Clive Cox, trainer of Nando Parrado
Since he won at Ascot last year he has encountered – purely by chance – some of the worst going possible in his races. He's in great form, loves the track, and I hope he'll find conditions to be within his comfort zone.

Karl Burke, trainer of Spycatcher
I think he's a huge price. Tactical is half his price and we beat him fair and square over six at Newbury last time. He's come out of the race really well, we think seven is probably his best trip, and we're drawn with two or three of the favourites on the far side. You need to be near one of the rails and we go there very hopeful.

Saeed bin Suroor, trainer of Storm Damage
He won nicely at Kempton and has improved for that race. This is a much tougher task but it is the right trip and we will see how he goes at this level. 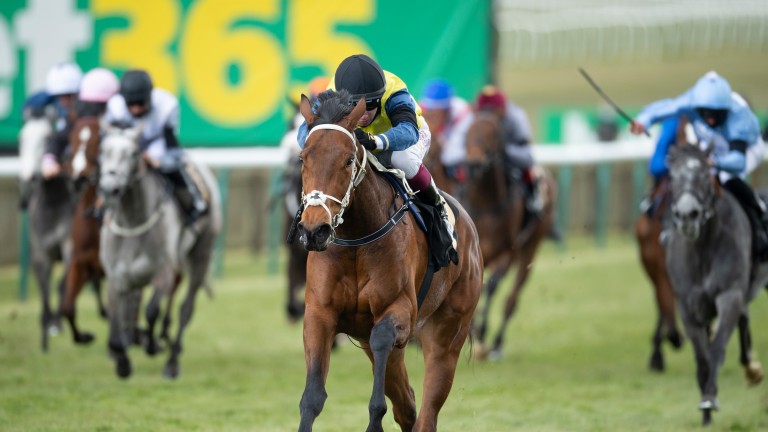 Bellosa is unbeaten but trainer Jane Chapple-Hyam has no idea whether she will act on heavy ground
Edward Whitaker (racingpost.com/photos)

Jane Chapple-Hyam, trainer of Bellosa
She has never galloped on heavy going at home. If you gave me the choice to run on good to firm or soft, I'd take the soft. I'll wait and see what comes out and then make a decision. I do fear Mutasaabeq.

William Haggas, trainer of Light Refrain
She's fine and she should handle the ground having won on soft at Nottingham before. The only issue is whether she'll get the trip or not.

Charlie Fellowes, trainer of Vadream
She ran a massive race in the Guineas on only the third start of her career and has loads of speed, so the drop to seven furlongs is no concern. I have absolutely no idea what she'll think of the ground. Part of the reason I ran her in the Fred Darling rather than the Nell Gwyn was the ease in the ground at Newbury, but this is a totally different kettle of fish. She's tough, though, and a very good filly.
Reporting by Scott Burton

Willie Mullins could be the man to beat again with talented Micro Manage From wayward afterthought to sprint sensation - it was never dull with Battaash Hills pays moving tribute as 'horse of a lifetime' Battaash is retired Groom-to-be Buick loved up for more than one reason as Suesa strikes Ground quickening a distinct possibility on final day of Glorious Goodwood Are we ready for another Menuisier gamble? Nuits St Georges bids for a hat-trick