Battle of the 1,000 Guineas stars as Mother Earth takes on Empress Josephine 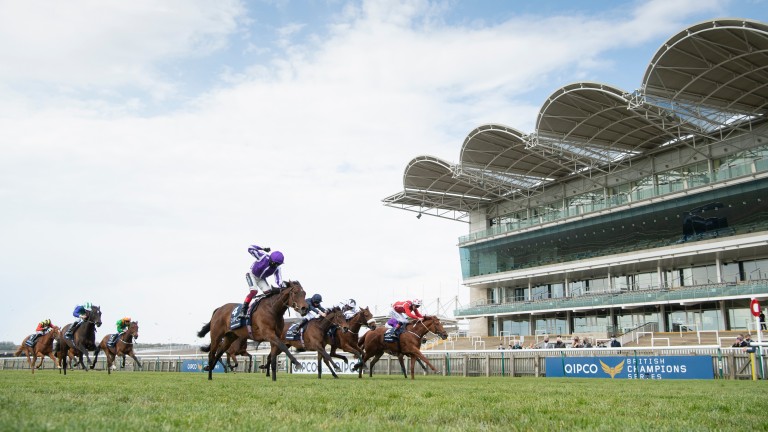 Mother Earth: bidding for a big-race double after landing the 1,000 Guineas at Newmarket
Edward Whitaker (racingpost.com/photos)
1 of 1
By Brian Sheerin UPDATED 1:17PM, JUN 18 2021

Classic winners Mother Earth and Empress Josephine provide Aidan O'Brien with an enviable hand as he bids to win the Coronation Stakes for a fourth time.

There does not appear to be a huge deal between Mother Earth, who made a triumphant reappearance in the Guineas at Newmarket and Empress Josephine, winner of the Irish equivalent.

Mother Earth has been to France and finished second in the 1,000 Guineas at Longchamp since, but that defeat was inflicted on very soft ground, the opposite of what she encountered at Newmarket.

On that occasion, Mother Earth pulled well clear of today's rivals Fev Rover and Alcohol Free, but the case could be made that this race is her toughest assignment yet.

Stablemate Empress Josephine is on the up and is clearly open to any amount of improvement after her Irish 1,000 Guineas triumph. She is one of many dangers to the mount of Ryan Moore.

O'Brien reports both fillies to have come out of their latest assignments in rude health and he is predicting a bold show from both. 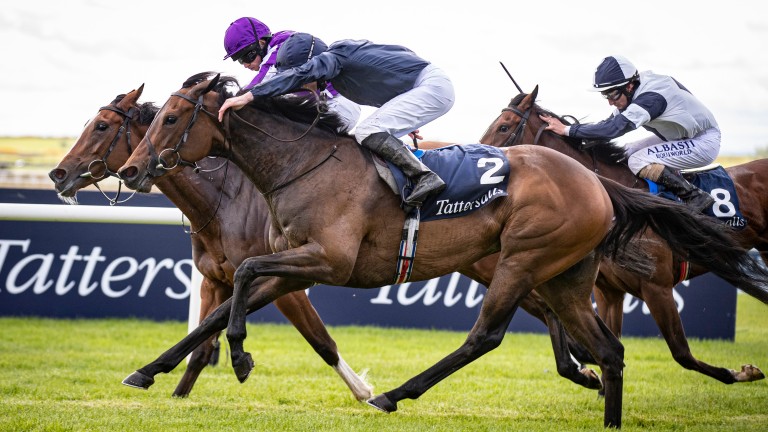 Empress Josephine (near side): pips Joan Of Arc to win the Irish 1,000 Guineas
Patrick McCann

He said: "Both fillies are in very good form and we are looking forward to the race with them. Mother Earth has been in good form since France. She seems to have come out of the race well."

"Empress Josephine is progressing nicely and has come out of the Curragh well. She hasn't done a lot since but she seems to have taken the race well."

Nick Bradley, director of Nick Bradley Racing, owners of Fev Rover
I think we can put a line through the Irish 1,000 Guineas run. She looks overpriced to me but it’s a hot race. We're hopeful and if she runs up to her top level of form she'll be there or thereabouts.

Henry de Bromhead, trainer of Flirting Bridge
She's in good form and we're happy with her. She was very good over a mile the last day and I think she will get further in time.

Emily Scott, racing manager to Amo Racing, joint-owners of Lullaby Moon
For whatever reason she didn't run her race in France but her juvenile form is very solid, including when she beat the subsequent French Guineas winner in the Group 3 Prix Miesque. If the rain came it would suit and we are looking forward to the race.

Peter Schiergen, trainer of Novemba
I hope she will be competitive. Her last run was a good one and she did it very easily. Whether it's good ground or soft ground, I don't think it's a problem to her.

Chris Richardson, managing director of Cheveley Park Stud, owners of Potopova
She's in good form but it's a significant step up in class into a hugely competitive race. She's done nothing wrong in her two starts and the way she won at Redcar was as impressive, if not more so, than what she did last year so you'd hope she's coming forward well. This is the last big Group 1 for three-year-old fillies only at a mile so we thought it was worth going for it and we would be happy with whatever the ground is for her. It's a race we've won with some wonderful fillies in the past like Russian Rhythm, this filly's granddam, and Nanina and also had some very good fillies place in it too. It suits our programme here and we would love to see her be able to run well.

Joseph O'Brien, trainer of Pretty Gorgeous
We’re hoping for a good run. She has been training well since the Curragh and we're looking forward to her. Any rain that falls won't be a disadvantage to her.

Donnacha O'Brien, trainer of Shale
It's a good race but I think Shale is in as good a place as I've had her in a long time. I'm hopeful of a big run.

FIRST PUBLISHED 6:00PM, JUN 17 2021
We are flying under the radar. She just came in late and was slow to come to herself but she always runs well fresh

Confirmed runners and riders for Thursday's Qatar Nassau Stakes 'He's ready to win if things go right' - trainers on the opening TV handicap Can we trust the Coventry form? Graeme Rodway gives his view on Berkshire Shadow Dual winner Flying Pursuit one of four runners for Easterby in Dash Richard Hannon aiming to continue stellar juvenile form with System Are we looking at a Group 1 horse in a handicap? International Stakes insight