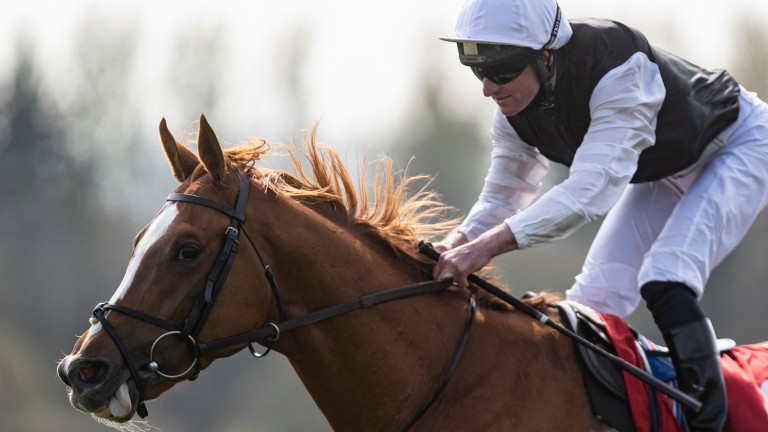 Kyprios: could go well with the cheekpieces removed
Patrick McCann (racingpost.com/photos)
1 of 1
By Graeme Rodway and Tom Ward UPDATED 9:17AM, JUN 16 2021

Since the distance of this race was reduced to 1m6f in 2017 it has become a springboard to Group 1 glory. Stradivarius won the first running over the new trip, subsequent St Leger scorer Kew Gardens was the 2018 winner and last year’s hero Santiago won the Irish Derby.

Aidan O'Brien and Ryan Moore teamed up for the last two and, since Moore took over as stable jockey for Ballydoyle at the start of 2015, the pair have won three of the six runnings. That's only a £6.16 profit to £1 level stakes, but the return on investment is 102.67 per cent.

It's obviously a very small sample, but those figures suggest it is around even money they will strike with Wordsworth, a brother to Kew Gardens.

This race hasn't been a complete lockout for Moore on O'Brien-trained runners, though. He was on the wrong one in 2016 behind Sword Fighter, who was ridden by Colm O'Donoghue, so it would be a mistake to write off the other two Ballydoyle representatives Kyprios and Arturo Toscanini. 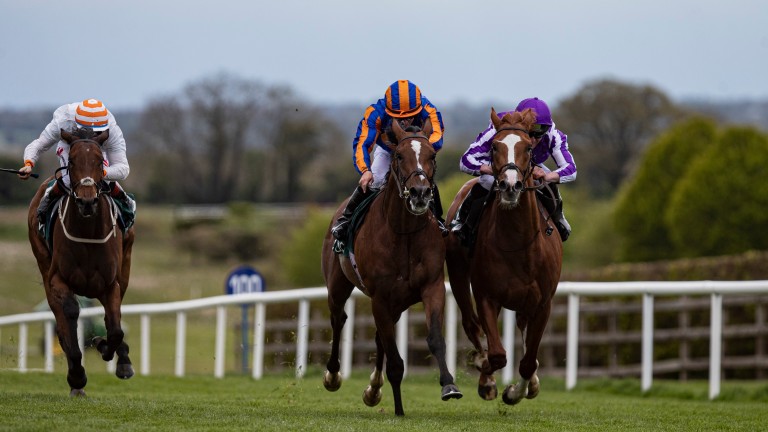 Kyprios is a fascinating contender. He was beaten a long way in first-time cheekpieces in the Lingfield Derby Trial last time, but O'Brien's runners don't always take to the sheepskin and the trainer is just 3-60 with runners wearing that aid for the first time since the start of 2016.

O'Brien has now discarded the cheekpieces and his record when he removes them from horses who wore them for the first time on their previous start is more encouraging.

Mark Johnston has won this race seven times but it is seven years since his last success with Hartnell in 2014 and he has saddled nine losers since then. He is represented by Dancing King and Golden Flame, who come into this having won six in a row between them.

A dry forecast and the likelihood of genuine quick ground should be ideal for Dancing King, who has won his last two starts on good to firm going and is bred to excel on fast conditions. His sire Free Eagle has a 19 per cent strike-rate with his progeny on ground officially described as good to firm and that is five per cent better than on any other going.

The green and gold of JP McManus is a more familiar sight at the Cheltenham Festival than at Royal Ascot and Benaud is a rare Royal Ascot runner for the leading owner.

Trainer Joseph O'Brien teams up with Colin Keane for only the second time and has enjoyed plenty of success with stayers in his short career with two Melbourne Cups and a St Leger.

John Gosden also excels with stayers and has a 29 per cent strike-rate in Flat races over further than a mile and five furlongs since the start of 2016. Gosden saddled Stradivarius to win this in 2017 and he and son Thady are triple-handed this time with Stowell, Law Of The Seas and Pied Piper.
Race analysis by Graeme Rodway

John and Thady Gosden are pulling out all the stops as they attempt to wrestle control of the Queen's Vase away from eight-time winner Aidan O'Brien.

Gosden first won the Group 2 in 1992 with Landowner but had to wait another 25 years to register his second success with superstar Stradivarius in 2017.

Gosden, now training in joint partnership with his son, saddles three, headed by the unexposed Stowell who won on his second start last time. The son of Zoffany is second only to Wordsworth in the market but faces a big step up in class. 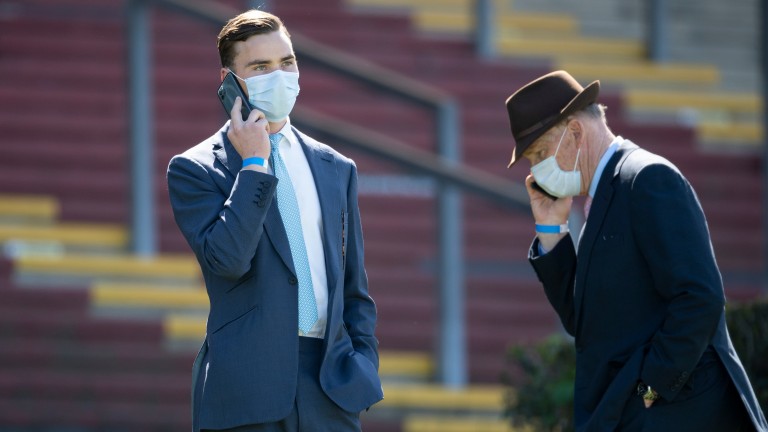 Thady Gosden said: "Stowell won his second start well enough over a mile and four at Ascot last time and has come for it at home since but obviously lacks experience."

The stable's second string Law Of The Sea disappointed in the Chester Vase last time but connections are confident a step up in trip will see him in a better light here.

"He's not short on experience but didn't enjoy going around Chester too much last time as he's a big horse," Gosden said. "He's come out of that well and I'd be surprised if he didn't stay the trip."

Pied Piper is one of the outsiders and Gosden added: "He ran well to be third over this trip at Sandown last time where the ground was testing and he deserves to take his chance."

Aidan O'Brien, trainer of Wordsworth, Kyprios and Arturo Toscanini
Wordsworth ran very well when just beaten by Sir Lucan at Navan. The ground was a little bit on the slow side for Kyprios at Lingfield last time over just short of a mile and a half. We always felt he would stay a bit further. Arturo Toscanini hasn't run over further than a mile and a quarter but is another who we think could handle going up in distance. We were very happy with his last run.

Joseph O'Brien, trainer of Benaud and Ruling
They're both fairly unexposed as they step up in trip. We're happy with Benaud and hoping he'll handle the ground. He looks to have a live chance. Ruling seems to be progressing with each run and has a stout pedigree so we hope the step up in distance will suit and he also has a live each-way chance. 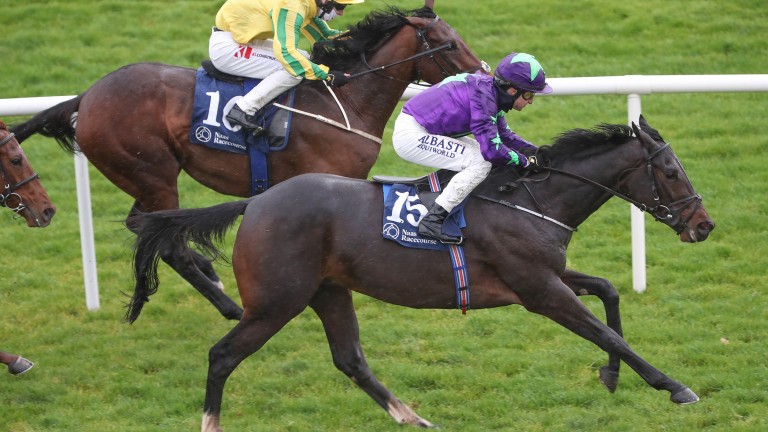 Taipan: tries a mile and six furlongs for the first time
CAROLINE NORRIS

Jessica Harrington, trainer of Taipan
He looks to go there with a good chance and I've just put the blinkers on to sharpen him up. It's his first try at the distance but he should stay the extra few furlongs.

David Simcock, trainer of Dirham Emirati
He's a nice young staying horse and we missed the King George V by one so we decided to come here. It will be a challenge at the weights, but his owner is a big supporter of British racing and was keen to have a runner.

Charlie Appleby, trainer of Kemari
He progressed from his first to second start, winning well at Yarmouth. We feel the step up in trip is hopefully going to see further improvement, which will be needed at this level, but he's going in the right direction.
Reporting by Tom Ward

FIRST PUBLISHED 6:00PM, JUN 15 2021
Dancing King's sire Free Eagle has a 19 per cent strike-rate with his progeny on ground officially described as good to firm