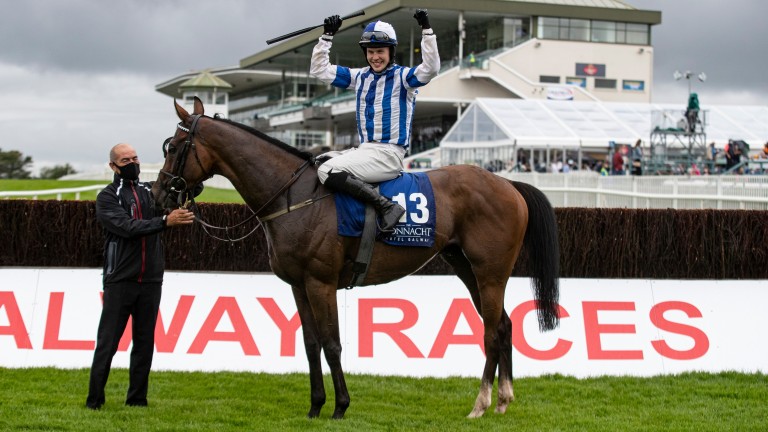 Coltor and Finian Maguire after their victory in the Connacht Hotel Handicap
Patrick McCann
1 of 1
By Mark Boylan UPDATED 8:07PM, JUL 26 2021

Plenty of the major stables have made an impact at the Galway festival in recent years but Finny Maguire hailed Dermot Weld as still the king of Ballybrit after Coltor prevailed for the pair in a thrilling finish to the feature Connacht Hotel Handicap.

In a contest widely regarded as the biggest prize for amateur riders in the Irish calendar, Coltor and Maguire denied Aubrey McMahon a third win in the race on Foveros, getting on top by three-quarters of a length under a never-say-die ride. 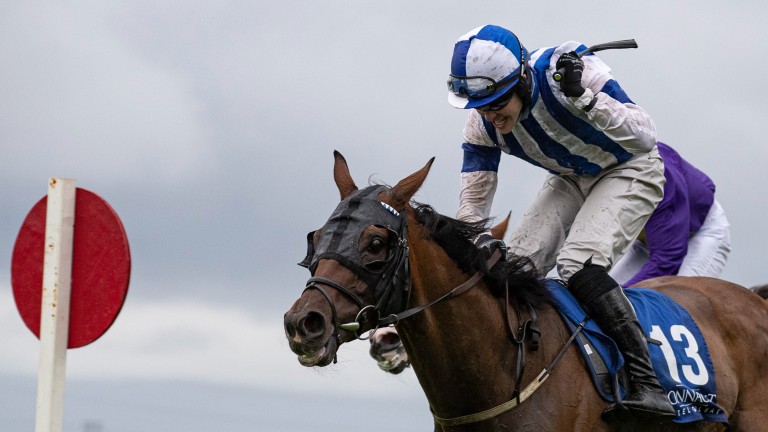 Finny Maguire on his second successive win in the Connacht Hotel Handicap: "It's unbelievable to do it again"
Patrick McCann (racingpost.com/photos)

The easy-to-back 14-1 winner enhanced Weld's already remarkable record in the race. He was landing the prize for the eighth time as a trainer, having won it four times as a rider, the first coming at the age of 15 on Ticonderoga for his father in 1964.

Maguire, who was registering back-to-back victories in the race, said: "This is even sweeter than last year on Princess Zoe. You really appreciate it when going through the roll of honour – it's unbelievable to do it again.

"When you're riding for Mr Weld at Galway it doesn't get any better than that. He's the king around here. I know Willie [Mullins] and other stables are getting stronger but you go through the history books and he's the man to be riding for around here."

Weld, whose runners have made an extremely bright start to the festival, added: "It was a lovely race to win – it's been a very lucky race for me. I thought he'd run very well last time out at the Curragh but by the time the race came the ground had gone very testing, and that's not for him. 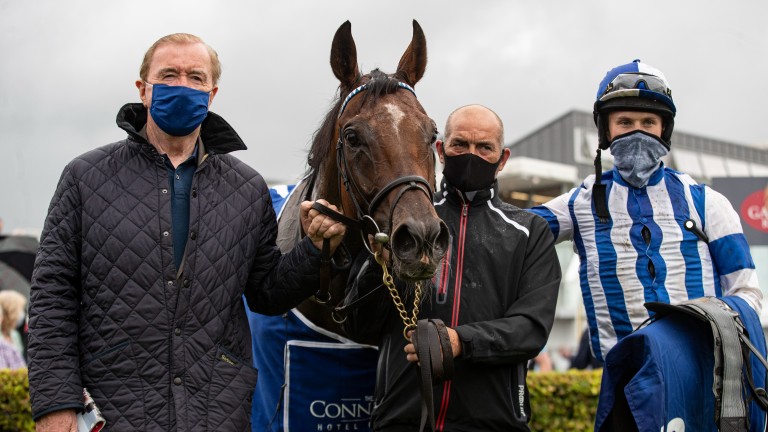 Dermot Weld (left): "It was a lovely race to win – it's been a very lucky race for me"
Patrick McCann (racingpost.com/photos)

"Finny was with me for a couple of years. He's a very talented guy and has been in France riding successfully for the past six weeks. He came back especially to ride today.

"This is the first horse owned by Mischa Bucher, son of Eva Haefner of Moyglare Stud."

Michael O'Callaghan is no stranger to unleashing a smart juvenile at the festival and he did just that in the opening 7f maiden won by I Am Magic, returning to a warm reception under local rider Leigh Roche.

The son of Magician produced a bold front-running display to get off the mark at the third attempt, with his trainer now planning a tilt at stakes company.

Placed rivals Anchorage, and perhaps most notably Duke De Sessa, will be of great interest wherever they go next, with both keeping on well to threaten the winner late on. 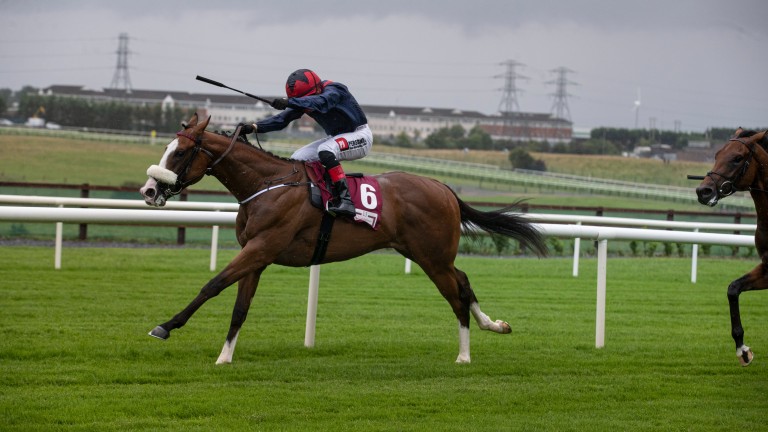 "He's a nice horse and we thought a lot of him," said O'Callaghan.

"The plan was to make every post a winning post and Leigh got the fractions right. He travelled very strong, has plenty of natural pace and Leigh said he was just getting lonely in front."

He added: "He has a Futurity Stakes entry but we'll look at a few options in Britain as well. Leigh will be delighted to get a winner at his home track."

Gavin Ryan took Ballybrit by storm last year and he picked up where he left off with a tremendous effort to overcome stall 16 on the Ciaran Murphy-trained Black Cat Bobby in the 7f Claytonhotelgalway.ie Handicap.

There was just three-quarters of a length separating the first five home, but last year's champion apprentice managed to get his 14-1 shot's head in front at the right time. 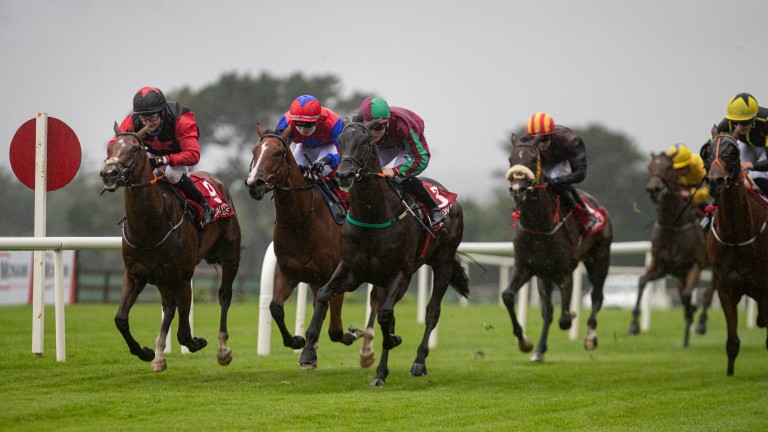 A thrilled Murphy, registering his first Galway festival winner after taking over from Dot Love earlier this year, said: "It was always in my mind that Gavin is so good around here and he did his job very well.

"He got his ground, which was a big help, but we were very worried about the draw."

Foley and Harrington double up

Shane Foley was also deserving of credit for his determined effort to eke out the best from Maud Gonne Spirit, who registered her first win of the year in the colours of Olivia Hoare for Jessica Harrington.

The winning rider said: "She has frustrated us lately – we were baffled by her runs compared to her work. I couldn't have got a nicer run through and it is nice to get a winner for Olivia again."

Foley and Harrington also hit the target with likeable filly Citronnade, who dug deep to land the 1m4½f Eventus Handicap under an enterprising ride.

FIRST PUBLISHED 7:41PM, JUL 26 2021
This is even sweeter than last year on Princess Zoe. You really appreciate it when going through the roll of honour - it's unbelievable to do it again