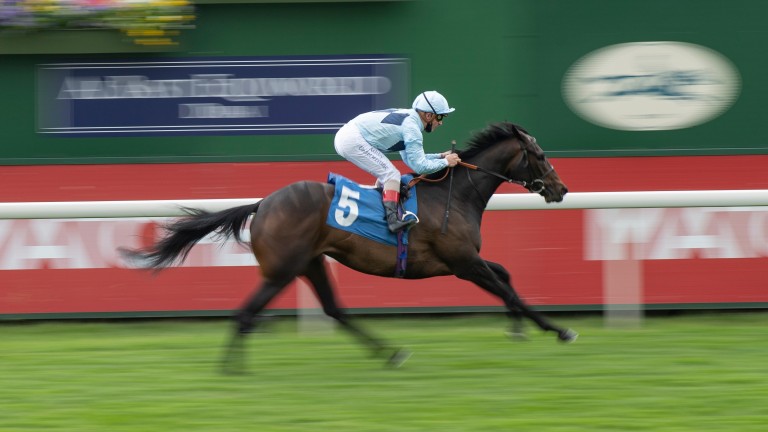 Primo Bacio makes it another good day for trainer Ed Walker and owner David Ward
Edward Whitaker
1 of 1
By David Milnes and David Carr 6:26PM, MAY 14 2021

All eyes had been fixed on Snow Lantern, who had bypassed the 1,000 Guineas to head to the Knavesmire, but she could only muster third after pulling hard in the early stages.

Just two days after Walker and Ward had combined to land the Group 2 Duke of York Stakes with Starman, Primo Bacio showed a similar turn of foot to run down long-time leader Creative Flair in the hands of Andrea Atzeni.

The daughter of Awtaad had been sent off at 100-1 when she finished fourth on her reappearance in the Group 3 Fred Darling Stakes at Newbury but started 14-1 this time.

Walker said: "Primo Bacio had to relax to get the trip, which was the key as she was a bit fresh at Newbury. Everything went right today, unlike Newbury where she got stopped in her tracks.

"Hollie Doyle, who rode her that day, was super impressed with her and it was a shame she was banned today, but Andrea has ridden a super race."

The winner was cut to 10-1 (from 25) by Paddy Power for the Group 1 Coronation Stakes at Royal Ascot next month.

Walker said: "Who knows how close she would have gone in the Fred Darling but for getting stopped in her tracks, after which we muttered about supplementing her for the 1,000 Guineas.

"She'll go to the Coronation Stakes and it's all very exciting for the Wards, who are big supporters."

Atzeni was renewing an old acquaintance and said: "I rode her as a two-year-old and she's always been a nice filly. She showed a great turn of foot to pick them up and it's great for the owners to have such a good week."

On Sky Lantern, who pulled hard before staying on at one pace into third, trainer Richard Hannon said: "Obviously we're disappointed but we'll get her home and see where we go now.

"She was a bit keen but it was only the third race of her life, so she's still learning."

Jason Watson won a Group 1 race for St Albans Bloodstock on God Given in Italy in 2018 and believes the owners may have another star on their hands in Nymphadora.

The two-year-old earned a quote of 8-1 for the Queen Mary Stakes from Paddy Power after stepping up on her debut sixth at Newmarket to land the Listed Langleys Solicitors EBF Marygate Fillies' Stakes. 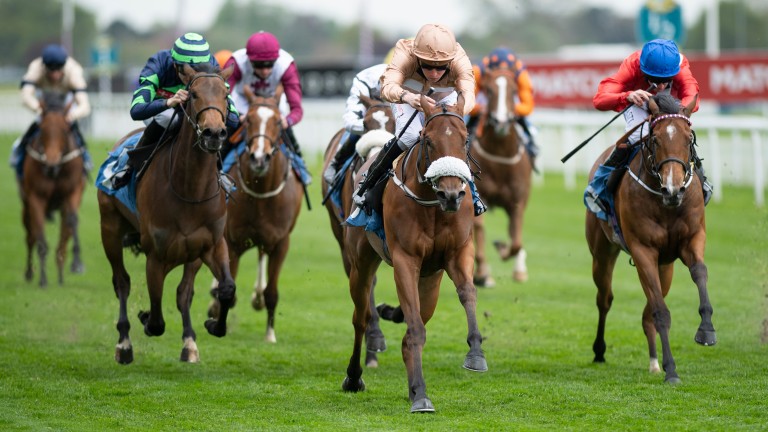 "She showed ability on her first run and she's come on plenty for that," the jockey said. "She travelled through like a true star and when I got to the front she was almost looking around a bit.

"She's obviously still green, being just her second run. It'll be interesting to see what she can do after today. She gave me a really nice feel."

Watson feels Nymphadora, who is out of Bewitchment and shares her name with a Harry Potter character, will get further than 5f.

"I felt as though there was plenty in the tank pulling up," he said. "She's obviously shown she can do it over five today and she's not short of speed. Maybe with more time she'll be better over six." 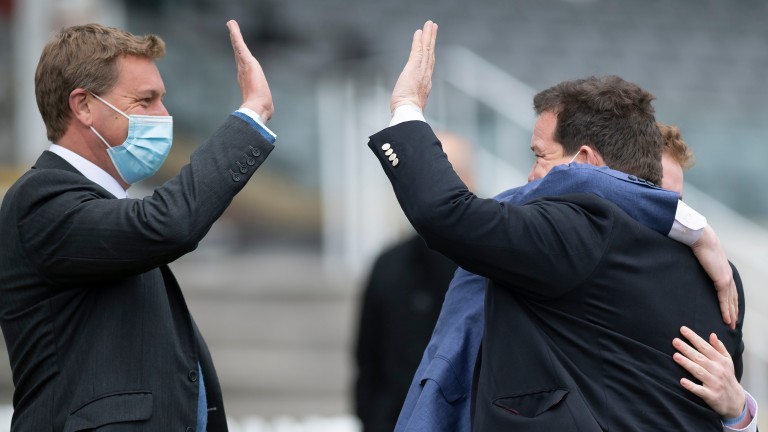 Pride could be back up for Cup

Joseph Tuite, who won the Ebor with Litigant in 2015, has his sights on another decent York prize after Surrey Pride's reappearance win in the 1m2½f handicap.

"He has a lot of options but he could come back here in July for the John Smith's Cup," the trainer said.

"He did that nicely and it looked a competitive race. He's a horse I've always liked."

"He was always going to win when I got him out," said jockey David Allan. "He could be an Ayr Gold Cup horse."