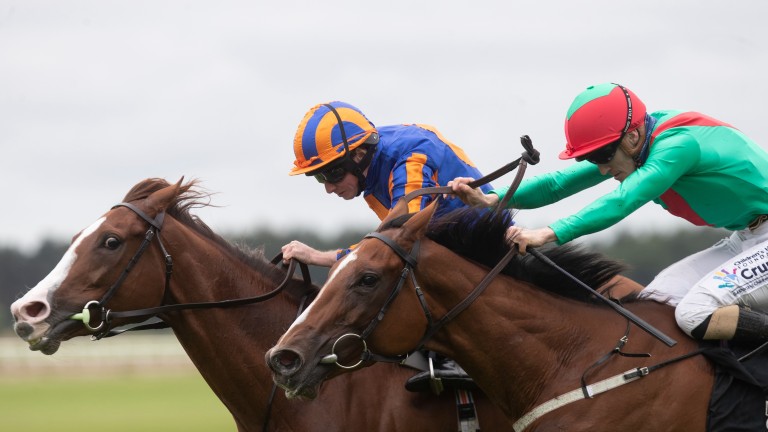 La Petite Coco and Billy Lee (near) pick off Love to win the Blandford
Patrick McCann (racingpost.com/photos)
1 of 1
By Mark Boylan UPDATED 9:21AM, SEP 13 2021

If at first you don't succeed, try, try again.

Paddy Twomey surely left Leopardstown frustrated after two near misses with his runners on day one of Longines Irish Champions Weekend, but his only other runner of the weekend counted as La Petite Coco reeled in Love to land a gripping Group 2 Moyglare 'Jewels' Blandford Stakes.

Capping what has already been an extremely fruitful campaign for the shrewd trainer, the Team Valor-owned filly showed all her toughness in getting the better of the older and more experienced dual Classic heroine in a photo.

Billy Lee had to be at his strongest aboard the 16-5 shot to edge out Love, needing every yard of the 1m2f after winning over 1m4f at Cork previously.

"My office is the tractor and I was sitting looking at the phone on Friday morning scratching my head when I saw Love declared," said 42-year-old winning trainer Twomey, who thought his talented three-year-old was beaten immediately after she flashed past the post.

"I didn't expect to see her and there might have been an expletive! When I make a plan I tend to stick to it and wasn't going to waver. Team Valor's Barry Irwin was quite cross with me when he saw Love declared. I got a lecture about what I was thinking, but I told him I thought she was good enough."

Aidan O'Brien is still eyeing a tilt at the Qatar Prix de l'Arc de Triomphe for the beaten 6-5 favourite, provided the ground is sufficiently good.

"She ran a great race, we are delighted with her," he said.

"She has done everything right, but got left in front a little bit long and was a little bit lazy when she got there, although we wouldn't take from the winner in any way."

O'Brien added: "She came here with the view that, if the Arc came up good, she would go there. That was the reason for running here. As a prep for the Arc, if she ends up going there, we're delighted." 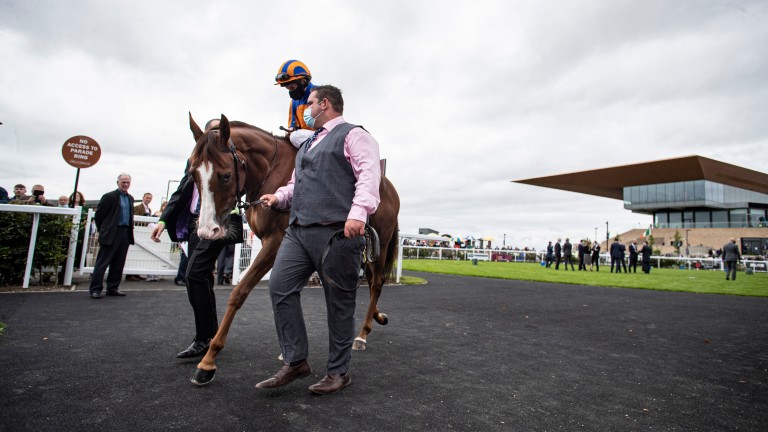 Down but not out: Love returns following her defeat, but trainer Aidan O'Brien was "delighted" and she could still head for the Arc
Patrick McCann

As for La Petite Coco, Twomey is considering the Qipco British Champions Fillies & Mares Stakes at Ascot next month. Paddy Power make her a 9-2 chance from 12-1 for the Group 1.

Charles O'Brien and Michael Hussey teamed up for a valuable success in the €125,000 Irish Stallion Farms EBF "Bold Lad" Sprint Handicap as 33-1 shot Big Gossey dominated under a prominent ride.

"He has plenty of speed and was just getting a bit lonely in front," said winning rider Hussey, who was winning his second big handicap of the season following Iowa's win in the Ulster Derby.

"He's given a bit of trouble in the stalls in the past and reared up the last few times, but today was perfect and he did everything right." 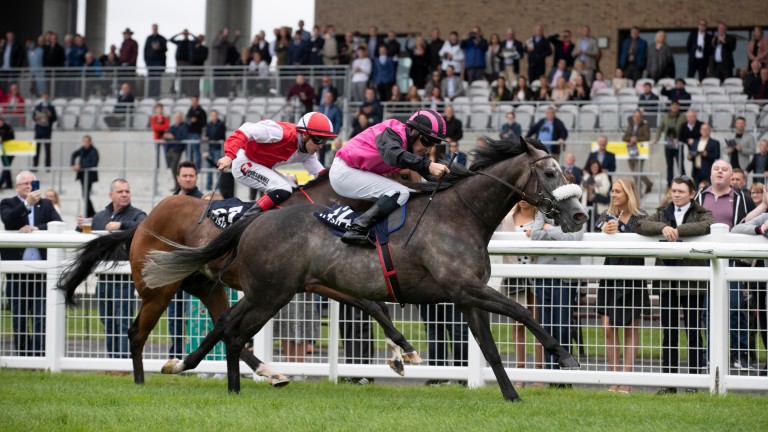 Major payday for O'Callaghan and Roche

"He has a bit of class and I think he's going to be a very good three-year-old," said the winning rider, sporting the colours of owner Paul Nolan.

"He improved plenty from his debut and the nicer ground today helped him. The only concern I had today was the trip."

Joseph O'Brien managed to get on the scoresheet for the weekend in the final contest as 17-2 favourite Max Mayhem, ridden by Mikey Sheehy, prevailed in an action-packed finish to the Irish Stallion Farms EBF "Northfields" Handicap.

FIRST PUBLISHED 7:12PM, SEP 12 2021
I got a lecture about what I was thinking, but I told him I thought she was good enough