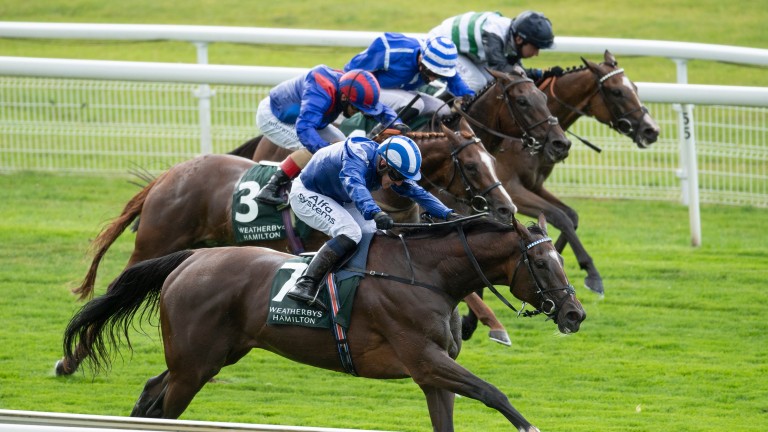 Success in the 1m4f handicap on Alfaatik was followed by talented mare Enbihaar answering any doubts over her stamina over two miles by staying on best to land the Group 2 Weatherbys Hamilton Lonsdale Cup.

He finished second on Tawleed in the Convivial maiden, while Asiaaf finished down the field in the 1m2½f fillies' handicap.

Paddy Power spokesman Paul Binfield said: "Jim’s fabulous four-timer live on ITV wasn’t overly bad for us as Battaash was very short and Alfaatik wasn’t that popular as he was a big drifter. However, if he’d gone on to boot home his last two rides as well, a sensational six-timer would have cost us seven figures." 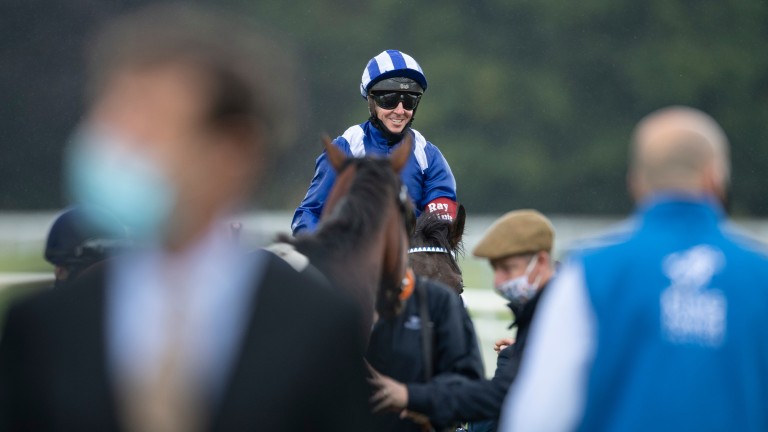 Ladbrokes spokesman Jon Lees said: “Jim Crowley has made a habit of winning in front of the ITV cameras this summer, becoming a firm fan favourite, so his 127-1 four-timer made it a very costly day for Ladbrokes.

“When Battaash made it four we were sweating due to huge liabilities running onto his fifth ride. When that was beaten, and the sixth too, it became a bad day at the office, rather than a disastrous one.”

It was a fifth Group 2 success for Enbihaar, who could next be in action on Arc day at Longchamp.

Thady Gosden, son and assistant to John Gosden: "We're very pleased with Enbihaar. She's a very brave filly with a lovely long stride on her. We thought she'd stay the two miles, all the evidence suggested she would, and she's beaten some very handy stayers.

"The main target is the Prix Royallieu at the Arc meeting, that's the only fillies' Group 1 staying race and I'd say she'll got straight there if she's okay."

The Sheikh Hamdan Al Maktoum-owned Enbihaar headed Nayef Road approaching the final furlong and stayed on gamely to defeat the keeping-on Stratum by three quarters of a length. Nayef Road was the same distance back in third.

Crowley said: “She’s so tough and stayed very well. Credit must go to Sheikh Hamdan as he’s kept her in training and it’s so great she’s been able to repay the faith we’ve all shown in her.

“It was a war up the straight. Mark Johnston’s horses are very hard to get past, so all credit to her. She’s a super mare.”

It was a hat-trick in the Lonsdale Cup for Gosden, who struck with Arc-bound Stradivarius in the previous two years. 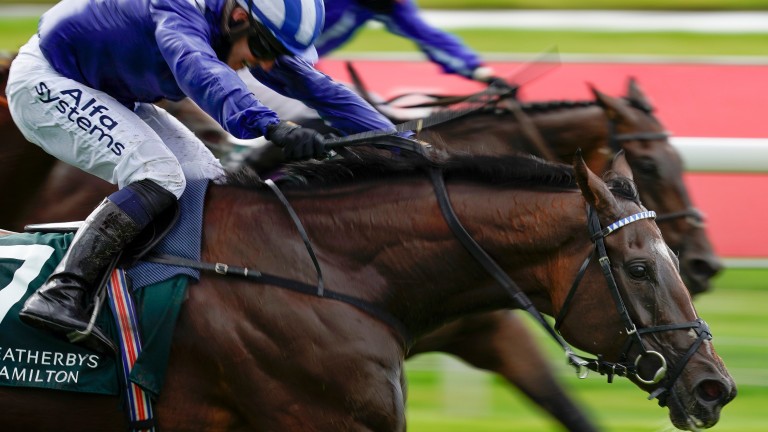 Minzaal was introduced into next year’s 2,000 Guineas market at 33-1 by Paddy Power but Crowley sees the exciting juvenile as more of a Commonwealth Cup type, for which he is 14-1 with Betfair Sportsbook.

Crowley said: “Minzaal was fantastic. He was cantering at the two-furlong marker and he’s the most chilled out character you’ll find. Owen [Burrows] has done a great job with him and he’s a lovely horse.

“He’s very relaxed and the Middle Park could be his main target for the rest of the year.”

FIRST PUBLISHED 2:28PM, AUG 21 2020
When Jim's fifth ride was beaten, and the sixth too, it became a bad day at the office, rather than a disastrous one