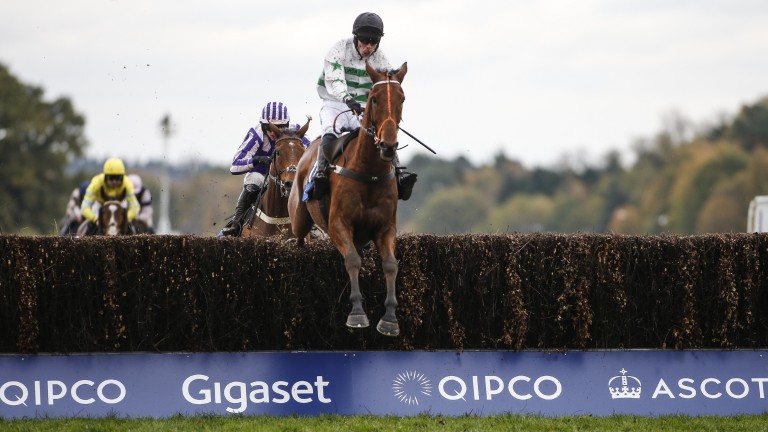 Trainer Phil Middleton was brought to tears after watching stable favourite Exitas land an emphatic eight-length win at the age of 13.

The journey back to the winner’s enclosure has been far from straightforward for the former Listed winner, who landed the 3m½f handicap hurdle under Tabitha Worsley.

Middleton said: “He ran here two years ago and put his foot in a hole. When he got home he couldn’t get off the horsebox. It was a horrible time. He was nearly put down and it was difficult to watch.

"I retired him but he was just so miserable out in the field. He loves to be in training. I ride him out every day myself and nursed him back."

Members can watch the replay of Exitas's win

Both owner and trainer of Exitas, Middleton was moved to tears when interviewed on camera after the race.

"I rode him this morning and I thought he felt like the Exitas of old," he explained. "This meant more than all of the others put together. That’s why I broke down on telly."

With regards to the future, Middleton is open-minded. “I nearly retired him today but he loves it so much. He’ll probably win two or three on the trot now," he said.

"He's part of the family now and I’ve got a real good home lined up for him."

Siannes Star sprang a surprise in the 2m handicap chase to give Charles and Adam Pogson, a local father-son training partnership, their first winner of the season.

The 14-1 outsider was held in the rear by Brian Hughes before sweeping past the early pacesetters to score by eight lengths.

FIRST PUBLISHED 6:58PM, JUN 8 2021
I retired him but he was just so miserable out in the field. He loves to be in training