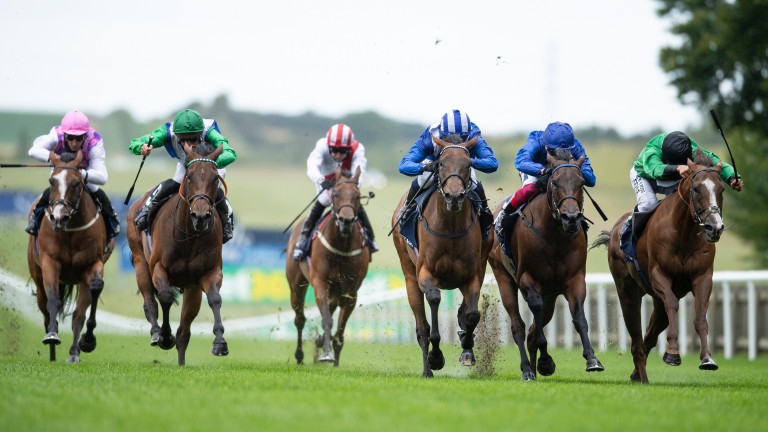 John Gosden embarked on the short journey home from Newmarket's July course delighted to have won the Tattersalls Falmouth Stakes with Nazeef but confused why he did not win it with Terebellum.

Bookmakers made the Godolphin filly an odds-on favourite to go one spot better than when second in the Queen Anne Stakes, and although Gosden was not so bold as to say he felt odds of 5-6 were reasonable, he did believe Terebellum would beat Hamdan Al Maktoum's Duke of Cambridge Stakes winner Nazeef.

He felt that before the race and he felt that during the race, at least until Nazeef swept past her front-running stable companion well inside the final furlong of the Group 1 feature, in which Billesdon Brook also finished strongly to get within a neck of Nazeef and a neck in front of Terebellum. 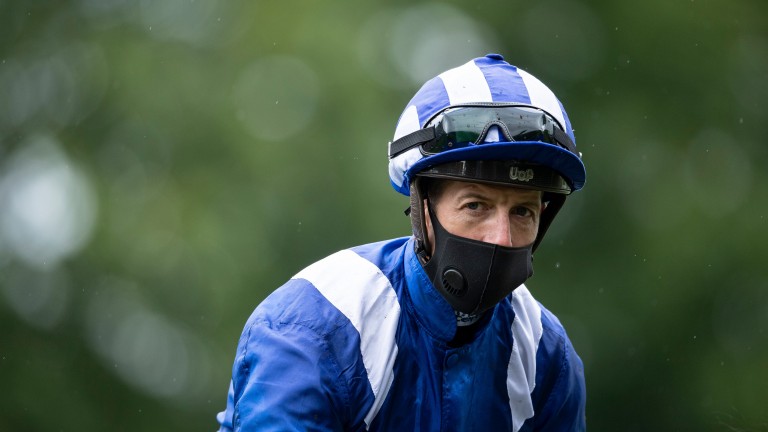 Gosden's son Thady joined Jim Crowley at what passes for a trophy ceremony right now. While that was taking place the licence holder was looking at Terebellum and trying to work out why she had not been able to exploit a canny waiting-in-front ride by Frankie Dettori.

"I just don't think Terebellum ran her race but she'll be fine," said Gosden. "She seemed to have it won but didn't finish the race off in the way you would have expected. The winner is a lovely, brave filly but I thought Terebellum had it under control.

"The Prix Rothschild is the obvious place to go with Nazeef. She has come through the ranks and has a lovely attitude."

The winning owner-breeder's attitude would normally have precluded a four-year-old campaign for Nazeef, who signed off last autumn as a handicapper but is now a Group 1 winner with six consecutive victories to her name. 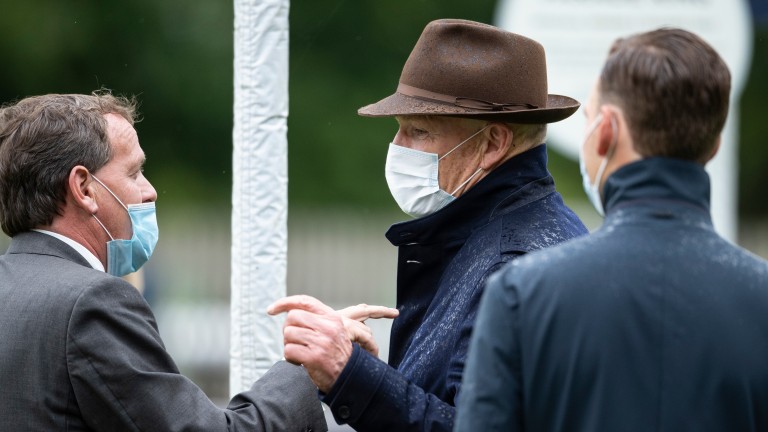 "Sheikh Hamdan doesn't normally keep four-year-old fillies in training," explained Gosden, casting his mind back to the athlete who won the 2014 Oaks and King George.

"I did get down on two knees and ask to keep Taghrooda in training because I think she would have won everything at four but he tends not to believe in it," said the champion trainer.

"Sheikh Hamdan's policy has normally been to retire fillies at three but I managed to sneak Nazeef and Enbihaar through. I hide them round the back when he comes."

The wonderfully resilient Billesdon Brook does little hiding, for she has now raced 24 times, a huge number for a 1,000 Guineas winner.

Richard Hannon, who recalled that the yard's previous 1,000 Guineas winner, Sky Lantern, also finished second to a Gosden-trained filly, Elusive Kate, in a close and controversial Falmouth finish seven years ago, said of Billesdon Brook: "She ran a super race and I'm delighted with her. She is as hard as nails."

FIRST PUBLISHED 4:18PM, JUL 10 2020
They don't work together but from what we know of them I thought the betting was correct

Dettori may step up as David Egan misses ride on Classic hero Mishriff again Colourblind! Two non-greys gatecrash entries for Newmarket's Grey Horse Handicap Quarantine fears eased for British jockeys returning from riding in France 'Another win looks imminent' - our experts nominate their horses to follow More sedate Arc route should help - but peak Enable wouldn't be changing course How did she do it before? Looking back on Enable's previous Arc preparations