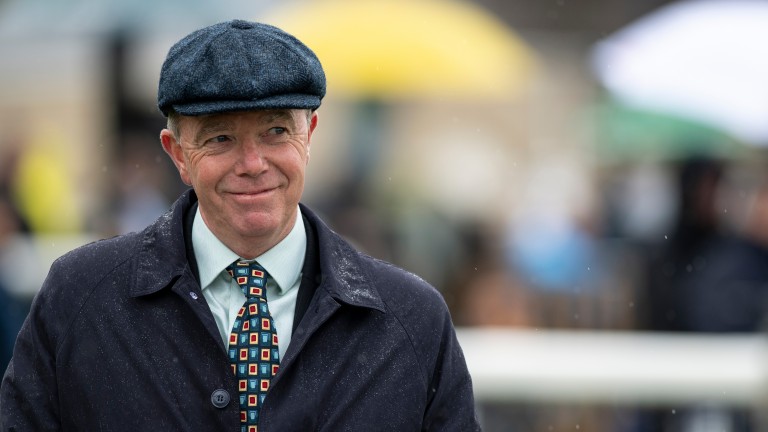 Karl Burke took the feature 6f novice stakes to kickstart an across-the-card double with Illustrating at Goodwood but not from the expected source.

The Clipper Logistics-owned Last Crusader was odds-on favourite but could only manage fourth as Burke’s other representative Milbanke, ridden by Harrison Shaw, sprang a shock to provide owner-breeders Larry and Liz Sigsworth with their first sole-owned winner since 2009.

The delighted Sigsworths were at the course to witness the welcome success, with daughter Kate explaining: “Karl said he was looking forward to seeing this horse run but told us his other horse will be hard to beat.

"It has been a very nice surprise. We bred the mare, we bred the grandam and my grandfather actually bred the great grandam so he’s a proper homebred. It’s a family we know well and they just have ability, you hope it keeps passing through.

"We’ve had a quieter spell. Augusta Ada [Milbanke’s dam] was running for us but we ran her in partnerships. She ran in a friend of my parents' colours, Timothy O’Gram, so it is the first winner we’ve had in a little while. You question if you’re doing it right so it’s nice to be reassured."

Milbanke, who is entered in the Listed Two Year Old Trophy back at the course in October, could fulfil a lifelong dream for Larry.

Kate said: "Obviously we’re northern and it’s always been my father’s big ambition to win a race at York. They’re very tough to win but we might have a look and see if there’s something there. It’s very early days and we’re just enjoying the win."

Jackson on the board

Trainer Tina Jackson secured a first win of the season with 33-1 outsider Point Of Woods in division one of the 6f handicap.

Jackson had been without a winner for 295 days before Phil Dennis steered the former Ralph Beckett-trained eight-year-old to victory.

In a day of big-priced winners, the David O’Meara-trained Odd Socks Havana took the second division at odds of 40-1 under Shane Gray.

FIRST PUBLISHED 6:07PM, JUL 28 2021
Karl said he was looking forward to seeing this horse run but told us his other horse will be hard to beat