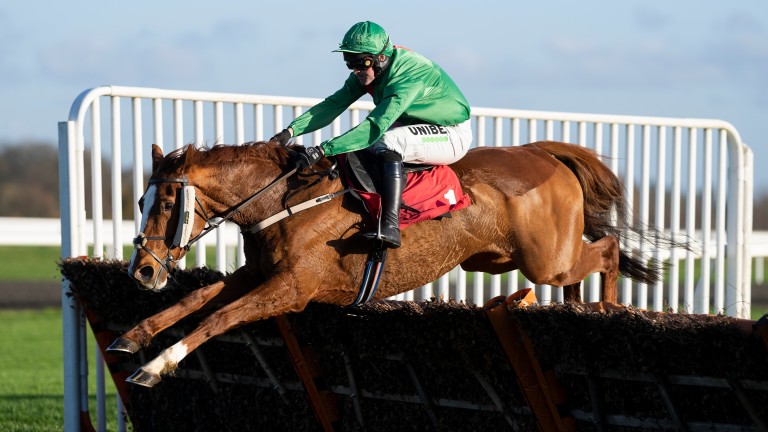 Winning jockey Nico de Boinville labelled My Sister Sarah's venture across the Irish Sea to land the 3m½f Listed mares’ hurdle as “well worth coming over for” after she justified odds-on favouritism.

And a return in March for the Grade 1 Mares’ Hurdle at the Cheltenham Festival was revealed as her main target, after Willie Mullins' first British runner of the season put in a faultless display to beat the Ian Williams-trained Dragon Bones by seven lengths.

“I spoke to Ruby [Walsh] and Willie this morning and they said, 'Ride her as you find her.'

“It was well worth coming over for, it’s a nice prize and she gets black type as well.”

Mullins did not make the trip but said: “I’m delighted. It was a nice opportunity spotted by my team at home here – I’ll give the credit to David Casey. I’m very happy that Nico got on with her as well.

“We’ll try to keep her to mares' races over that kind of trip and perhaps we’ll look to Leopardstown at Christmas next. I’d imagine the Mares’ Hurdle will be her main target in the spring at this stage.”

She is another promising runner to add to an already strong team of Irish challengers for the festival and De Boinville added: “It doesn't concern me as long as I'm riding them.” 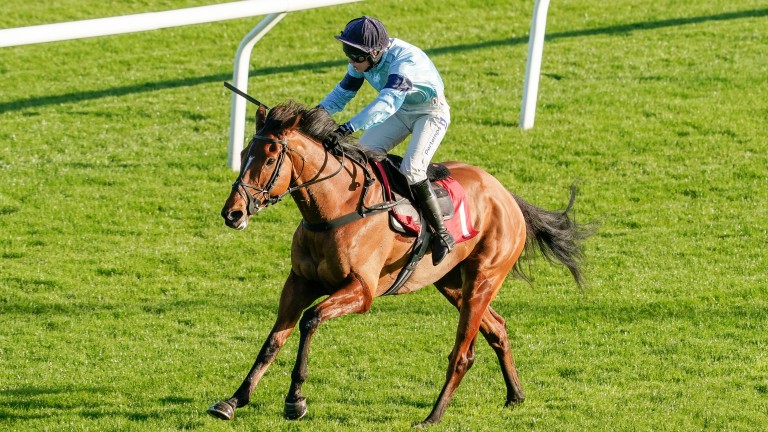 Rockstar Ronnie was the fortunate beneficiary in the 2m2f novice chase after the Tom Lacey-trained Sebastopol looked certain to end a run of seven straight seconds, but he came to grief at the final fence.

Thankfully both horse and jockey Aidan Coleman walked away from the crashing fall unscathed.

“We came out on the right side today and got lucky,” said winning rider Bridget Andrews, after the duo secured back-to-back course-and-distance successes.

Following concerns raised by riders regarding low sun obscuring their vision, the four fences in the back straight were omitted.

“It was a shame that they were out. On the last day he jumped fantastic and as soon as they were out I thought, ‘Oh no’, because I knew that would help me – he's a brilliant jumper”

The Dan Skelton runner has been one of the few to appreciate the recent dry spell in Britain. Andrews added: “We're all moaning about it and we're desperate for the rain, but he just loves the good ground. He won't like it in the depths of winter when it softens.” 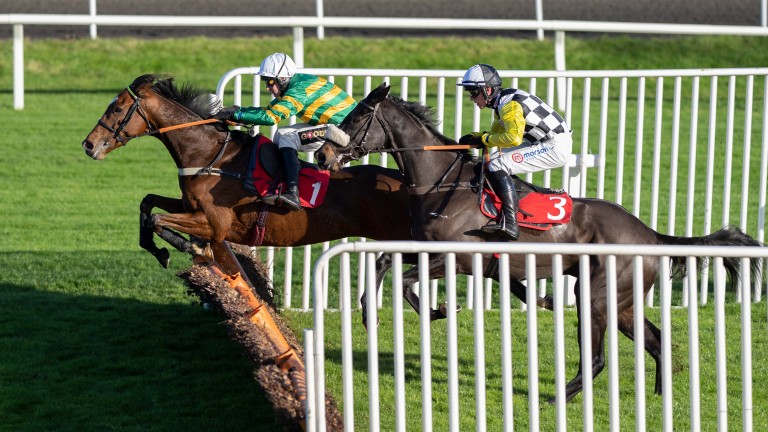 Call Of The Wild (far side) battles to a game success in the novice hurdle
Edward Whitaker (racingpost.com/photos)

Call Of The Wild did not have to be at his best to land the odds in the 2m novice hurdle for trainer Alan King.

The 1-3 chance showed plenty of grit to battle back under jockey Tom Cannon after being headed by the Paul Nicholls-trained Petrossian.

Cannon said: “I thought I was beat over the last couple, I got stuck into him after the last and he responded. He did well to get back up – I was surprised.

“I don't think that was the best of him today, so it’s nice he still won.”

FIRST PUBLISHED 6:07PM, NOV 22 2021
It was well worth coming over here for, it’s a nice prize and she gets black-type as well