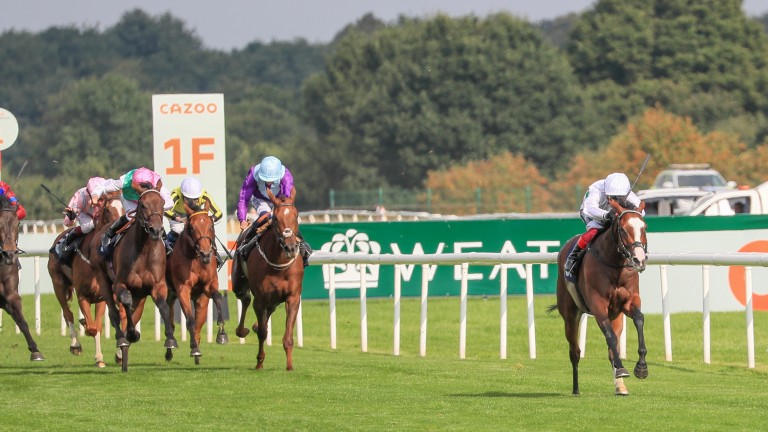 Free Wind puts daylight between herself and her rivals in the Group 2 Park Hill Stakes
Mark Cranham (racingpost.com/photos)
1 of 1
By Andrew Dietz UPDATED 6:39PM, SEP 9 2021

Free Wind left connections wondering whether they had run two days too soon after she routed her rivals in the Hippo Pro3 Park Hill Fillies' Stakes.

Such was her total dominance in a race often referred to as the fillies' St Leger, Free Wind would not have looked out of place in the final Classic of the season itself on Saturday.

But joint-trainer Thady Gosden was just thrilled the George Strawbridge-owned filly was able to take her startling progress to the next level with a seven-length success under Frankie Dettori.

"The trip was an unknown but she settles off any pace and has that turn of foot," he said. "Frankie rode her perfectly, putting her to sleep, and then she quickened up nicely.

"We're very pleased as she did everything right and the options are the Fillies & Mares [at Ascot] and the Prix de Royallieu [on Arc weekend]. She could have run in the Leger, but we'll never know. It's a different kettle of fish to this, obviously."

Free Wind sealed a Group 2 double on the card for the Gosden stable and Dettori following May Hill success with Inspiral and they finished with a 15-1 treble after Harrovian won the 1m2f conditions stakes.

Harrovian's victory also brought up a double of sorts after the earlier success of the Andrew Balding-trained Harrow in the valuable 6½f sales race. Harrow, a public school for boys in Greater London, lists British prime ministers Winston Churchill, Stanley Baldwin and Robert Peel among its former alumni. 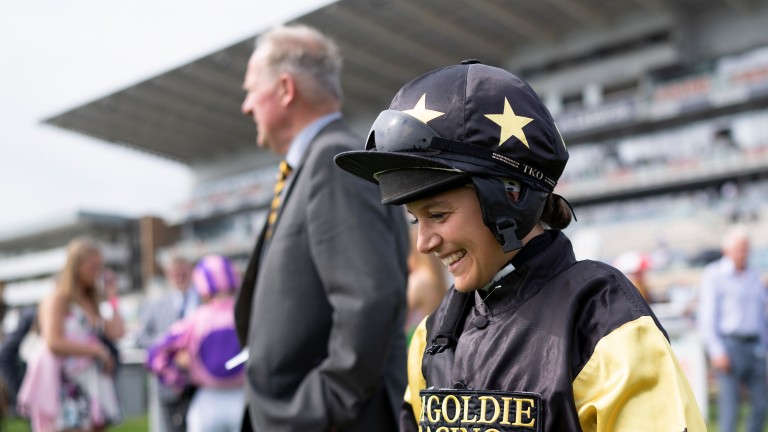 A smiling Amie Waugh after winning on the Jim Goldie-trained Call Me Ginger
Edward Whitaker (racingpost.com/photos)

Amie Waugh, the amateur jockey who recently turned professional, again showed she is no novice with victory on Call Me Ginger in the Silks Series Handicap for female riders.

Waugh made a flying start in the professional ranks when winning at Haydock on Call Me Ginger's Jim Goldie-trained stablemate Sound Of Iona last week, and shone once more here.

"It's good to have another so soon – I'll make the most of them," she said. "I do love my jumping and point-to-pointing, but it was probably a silly thing not to turn professional [on the Flat] being so light, and luckily it's proving the right decision.

"It's amazing to have a winner, and it's amazing to even have a ride at a meeting like this, but Jim's been so good to me, so hopefully the luck continues." 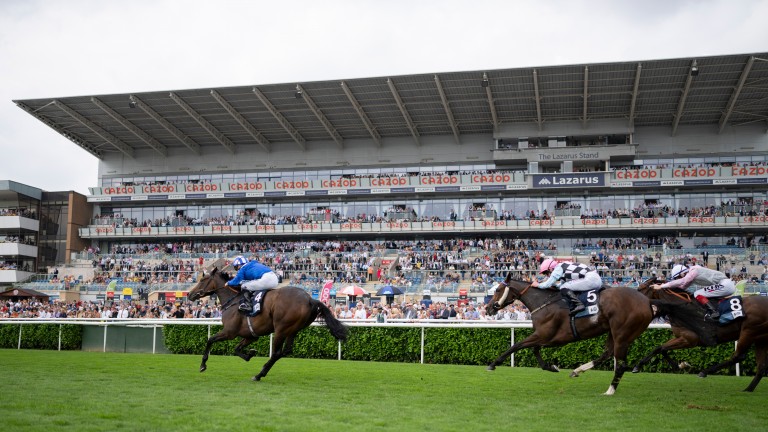 The hot run of Shadwell continued when Pricewise pick Allayaali impressed in the fillies' nursery under Dane O'Neill, deputising for the operation's retained rider Jim Crowley, who missed three winners in the familiar blue and white on Wednesday after being injured at the track.

Crowley is due back on Friday, and O'Neill said: "Her last run was too bad to be true, but I thought that was a good performance. She travelled well and quickened up quite smartly, putting the race to bed quickly. She's a filly with a bright future."

"I'm sure this filly will stay further than six furlongs, but her turn of foot is quite potent," O'Neill added. 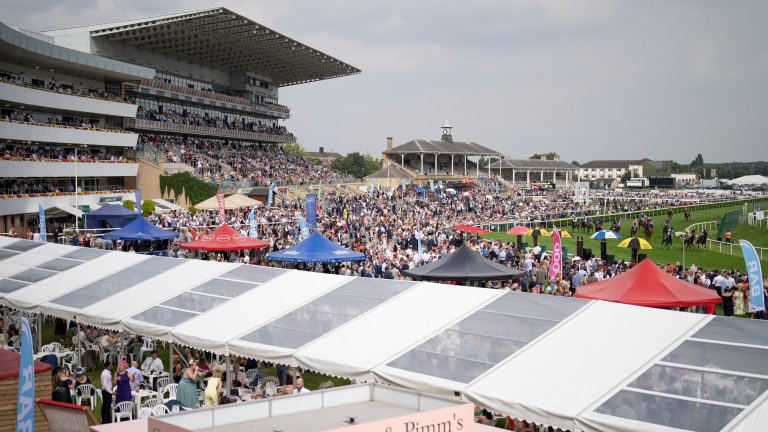 Laura Pearson missed her two rides at the meeting after being involved in a car crash en route to the course.

Embour was taken out of the Silk Series Handicap for female jockeys as no suitable replacement was available, while Duran Fentiman took over on Luna Queen, who was fourth in the sales race won by Harrow.

FIRST PUBLISHED 6:10PM, SEP 9 2021
She could have run in the Leger, but we'll never know. It's a different kettle of fish to today, obviously

Aidan O'Brien equals Vertem Futurity record with 'very exciting' Luxembourg Jimi Hendrix holds on in photo-finish to give Hector Crouch a double 152 not out: Hollie Doyle breaks own record for winners in calendar year Stable debutant halved in price at 8-1 (from 16) for Cheltenham opener Paul Kealy struck with Before Midnight and has more Saturday selections 2021 Vertem Futurity Trophy at Doncaster: the runners, the odds, the verdict