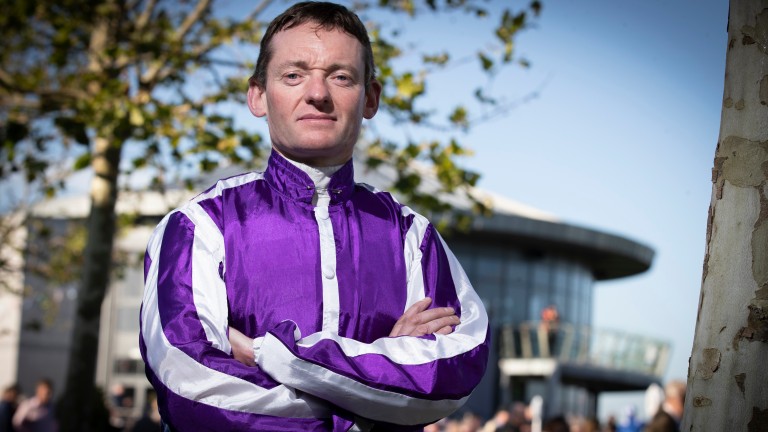 Michael Browne could not contain his excitement after Logo Hunter landed the Listed Sole Power Sprint Stakes, and who could blame him? The gelding who was snapped up for just 5,000 guineas last October made some smart sprinters look very slow with an explosive turn of foot.

It has been some rags-to-riches tale for Logo Hunter, who Seamie Heffernan thinks is a Group 1 sprinter according to Browne. The Ballydoyle stalwart is never too far wrong.

Browne said: "I couldn’t describe the feeling. It’s unreal. Seamie was adamant the whole time that he was a Group 1 sprinter and he’s right. I was doubtful with all the rain, but Seamie told me to run him.

"There is a race at Cork [the Listed Midsummer Sprint on June 9] and he’ll probably go for that now. I’d like to have run him in the Commonwealth Cup at Ascot, but he can’t go there as he’s a gelding.

"Five furlongs is his trip though and he’ll be a lot better on better ground. He doesn’t need any work, we just keep him fresh. Unfortunately he’ll probably be sold but he’s given me some thrill up to now."

You might think all 50-1 winners are unfancied, but jockey Chris Hayes said he was not one bit surprised that Hermana Estrella made a winning debut in the Group 3 Coolmore Stud Irish EBF Fillies Sprint Stakes.

Hayes explained: "She's a very smart filly and Fozzy [Stack] doesn’t make entries like that unless they are good. She's one of our nicer two-year-olds. She was green and raw as you would expect going against experienced company but to me I was coasting and everything was going in slow motion.

"I sat on her twice at home. Mark Enright has been riding her in a bit of work and we have always held her in high regard. That’s why she had that entry."

Paddy Power and Betfair introduced the winner at 10-1 for the Albany Stakes at Royal Ascot next month. Contarelli Chapel, the 2-7 favourite, could only finish fourth.

The most thrilling climax of the day came in the Group 3 Goffs Lacken Stakes where the first four home were covered by less than a length, and it was A Case Of You who stuck his neck out to book his ticket to the Commonwealth Cup.

Winning trainer Adrian McGuinness said: "We gave him a break after Leopardstown, where we were a bit disappointed with him. He pulled hard that day and we said we’d drop him back to sprinting. Obviously that is his forte. He had to dig deep.

"I think he’ll improve a little bit as I haven’t been very hard on him.  It’s great for the lads and at least they will be able to go to Royal Ascot now [Commonwealth Cup].

"They all tell me all-weather horses go well at Royal Ascot and his Dundalk run beating Logo Hunter and Mooneista is rock-solid form now."

FIRST PUBLISHED 6:45PM, MAY 16 2021
Five furlongs is his trip and he'll be a lot better on better ground

Significant rain expected to change going for Friday's action at Royal Ascot Moore has been booked on Mother Earth from day one - is it the right choice? Can Love buck the trends for a winning return? Graeme Rodway says it's a big ask Bargain buy Logo Hunter on track for Group 2 after snaring another stakes prize 'He's in brilliant form' - rising sprint star Logo hunts for another Listed win